After two convincing wins in Ufa, Salavat Yulaev looked to be in complete control of this series. But anyone who has followed the rivalry between these two teams over the years would need no reminder that a clash between Tatarstan and Bashkiria is one that neither side is willing to give up lightly. So, as the action moved to Kazan, Ak Bars rose to the occasion and delivered an emphatic performance of its own to reinvigorate the series.

It took some time to find a breakthrough: the home side had the better of the first period but had to wait until the 18th minute before Vladimir Tkachyov opened the scoring when he potted the rebound from a Marek Daloga shot.

Early in the middle session it was 2-0 after Dmitry Arkhipov stripped Maxim Goncharov of the puck and went on to score an unassisted goal. A series of minor penalties on both sides disrupted the game’s flow for a time but it was the host that settled down quicker. Artyom Lukoyanov made it 3-0 when he converted Andrei Chibisov’s sizzling diagonal pass. Salavat Yulaev’s task got that little bit harder soon afterwards when unhappy defenceman Goncharov was ejected from the game for boarding. 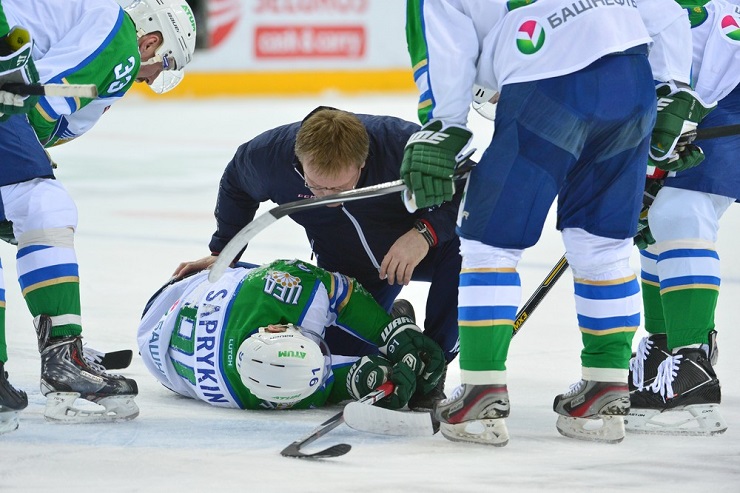 Salavat Yulaev looked for a way back into contention in the third period, but despite outshooting Ak Bars 12-1 there was no way past Stanislav Galimov. The home goalie finished with 34 saves for his first shut-out of these playoffs.