Last season’s Gagarin Cup runner-up Ak Bars is staring down the barrel of a first-round exit in 2016 after a second heavy defeat in Ufa.

After a 1-4 reverse on Monday, Zinetula Bilyaletdinov’s team was once again undone by Igor Zakharkin’s roster and desperately needs to raise its game when the action switches to Tatarstan on Friday.

The stars on Monday’s win, Igor Grigorenko and Andreas Engqvist, didn’t get among the points here but Linus Omark continued his impressive start to the playoffs with two more assists to take his tally to four. Both those contributions came in the first period, creating Alexander Loginov’s opener on the power play after 12 minutes and setting up Denis Bodrov to make it 2-0 90 seconds later. Bodrov then supplied the assist for Oleg Saprykin to make it 3-1 after Artyom Lukoyanov offered Ak Bars a way back early in the second. 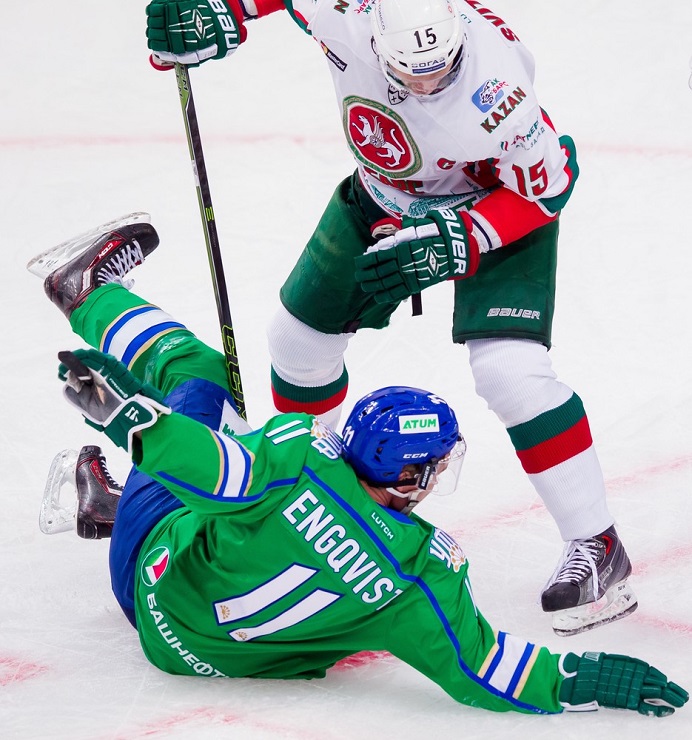 Ryan Wilson made it a one-goal game once again just after the midway mark but, once again, Salavat responded quickly to the danger. Nikolai Prokhorkin reinstated the two goal advantage within a couple of minutes and Denis Khlystov rattled in the fifth early in the third period, snaffling up a chance to unleash a wrist shot from the right-hand face-off spot and place the puck right in the top corner.