A busy start of the summer for the Gagarin Cup

Traditionally, the Gagarin Cup is bound to a long trip to follow the triumphant team’s celebration, and this year was no exception.

Last season, the Cup had an amazing time travelling around from Dedunov’s trip to the Russian Far East, to Emelin’s sail along the Volga, the Minsk parade with Stas and Gotovets, and the long-awaited visit to Omsk. Following CSKA’s triumph in Magnitka, the celebration started again as the players could enjoy a day with the company of the most coveted trophy.

The cup started its annual trip with energy line’s Takhir Mingachyov bringing it to Samara. Then, the trophy had several other venues, including a relaxing day with forward Sergei Plotnikov, and a move to Cherepovets with leading defenseman Bogdan Kiselevich. The blueliner is a product of the local academy and represented Severstal until the 2013-2014 season, after which he moved to Moscow.

“I'm 32 years old, I've been doing this since I was six,” Kiselevich said. “The Gagarin Cup is what I've been going for, probably, for the last ten years. The Cup is a magical thing, an indication that during a season you worked hard, gave the hundred percent, and your team won the Cup. I can’t explain what that means to me. If they saw my leg off now, I will still be smiling because I brought the Cup to Cherepovets. I had so many aches and pains, I endured so much. I dreamed that I would take it to our Arena.” 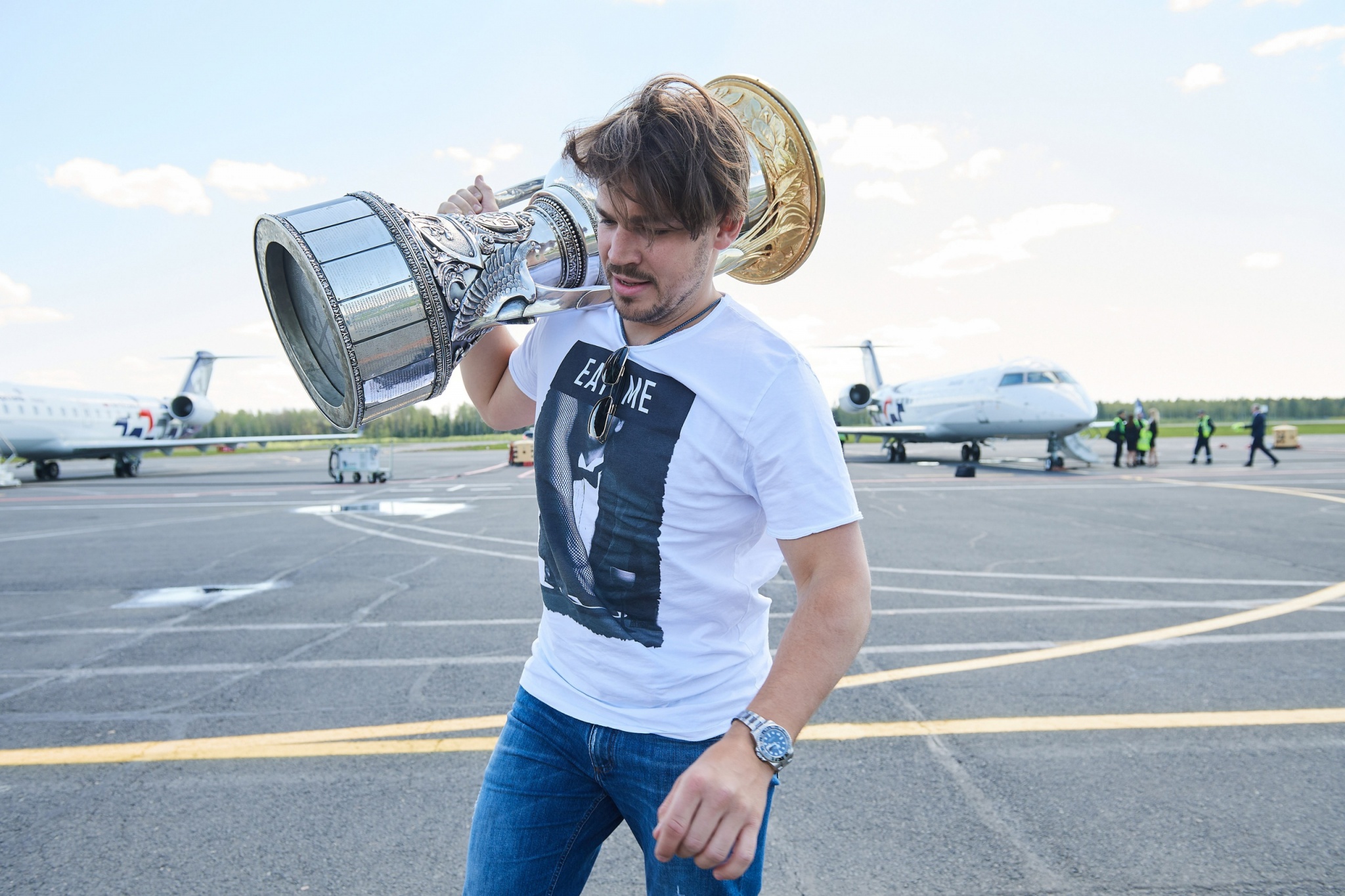 Similar trips were organized also by other players, like Vladislav Kamenev, another player who joined the Muscovites with the season already going – he and the trophy visited Orsk. A traditional Gagarin Cup visit is the city of Chelyabinsk, as the region produced so many high-level players and it’s hard to find a cup-winning rosters without players from the Southern Urals. This year champions’ lineup was no exception, and Vitaly Abramov and Nikita Nesterov could proudly display the Gagarin Cup once again at the Traktor’s home arena. Moreover, the veteran defenseman also brought the cup in other different towns in the region, like Miass and Yuryuzan.

However, the highlight of this year’s trip was when defenseman Darren Dietz brough the Gagarin Cup to the Kazakh capital Nur-Sultan. Dietz, who played four and a half seasons with Barys before being traded to CSKA near this year’s transfer deadline, has represented Kazakhstan internationally in the latest four seasons. Dietz’s visit to Nur-Sultan was a nice extra for the City Day celebrations. A big crowd of fans came to Dietz to get an autograph and a picture and, naturally, to see and touch the Gagarin Cup. If that’s not enough, the veteran defenseman also brought the trophy out of the arena for a horse ride – Dietz rode a black beauty embellished with Kazakhstan colors. The native of Medicine Hat was a captain in Nur-Sultan and established a few franchise records.

“I want to thank you for coming here today,” Dietz told the crowd after lifting the Cup next to the club’s mascot. “It’s very pleasant to see so many of you. The Cup is really heavy,” he added bursting with laughter. “I am bringing this Cup to you to thank you for your support. This Cup is for you,” he said. “Enjoy it.”

It was the Cup’s second visit to Kazakhstan after goalie Vitaly Kolesnik showed it off in his native Ust-Kamenogorsk following his Gagarin Cup triumph with Salavat Yulaev in 2011.