KHL.ru reviews the 2021-2022 season for each of the 24 league’s teams. Today it’s Traktor’s turn. The Chelyabinsk franchise had an excellent regular season, then climbed up to the Eastern Finals and grabbed the bronze medal.

Traktor regained the title of one of the leaders in the Eastern Conference – at the end of the regular season, Traktor, like Magnitka, amassed 71 points, but was in second place points percentage (due to the lower number of games played by Metallurg). Nevertheless, the team had a good start to the season. In the fall, they defeated Ak Bars (5-0), Metallurg (3-2 OT), Dynamo Moscow (5-3), CSKA (2-1), and Avangard (4-3).

In the elimination stage, Traktor faced Neftekhimik in the first round. Yes, Chelyabinsk went away with a 4-0 win, but it was not walk in the park – the Ural franchise won all the games with a one-goal difference, including an OT victory in game three. The next opponent Salavat Yulaev, and there was a swing: the teams traded wins to start the series, so the score became 2-2 after four games. In the fifth and sixth game, the Chelyabinsk side won, just as they had against Neftekhimik, by one goal and earned a ticket to the Conference Finals. Magnitka was waiting for them, and Traktor managed to defeat them only in game two (6-4), which was the only victory for the Ural franchise in the series (1-4).

The American with a Belarusian passport led Traktor in scoring last term, as well as being the top-scoring defenseman in the League in the regular season. In addition, Bailen set a personal record in the KHL – previously neither with Dinamo Minsk, nor with Traktor did he score more than 40 points. Everyone knows his strong parts – his skating, his shooting, his positioning, and his ability to join the rush, all of which he used throughout the season.

The player whose progress this season has been the brightest, not only in Traktor, but in the entire League. Before the start of the championship, he had 14 games in the KHL without scoring any point. Now he is the team’s top sniper (25 goals) and the player with the best differential (+23). In addition, Tertyshny has the best shot realization rate for the Chelyabinsk-based team (22.9 %).

The Czech led all the Traktor forwards in scoring and had a very respectable 60.4% on the faceoff dots. Sedlak has also established himself as a very versatile offensive player: he can make sharp passes and team up with his linemates, but can also win puck battles and play physically, as confirmed by his 185 hits.

For Anvar Gatiyatulin, this was his second season with Traktor after his return from St. Petersburg. The coach puts a good game on the team and really builds up the players, like Tertyshny or Vitaly Kravtsov, who came back from overseas. He’s unlikely to be satisfied with the final result, four years ago he already led Traktor to the Eastern Conference finals. But the quality of Traktor’s hockey has definitely found its admirers among the fans. Plus, more importantly, this game brings results, and Chelyabinsk should be in the top of the conference again next season. 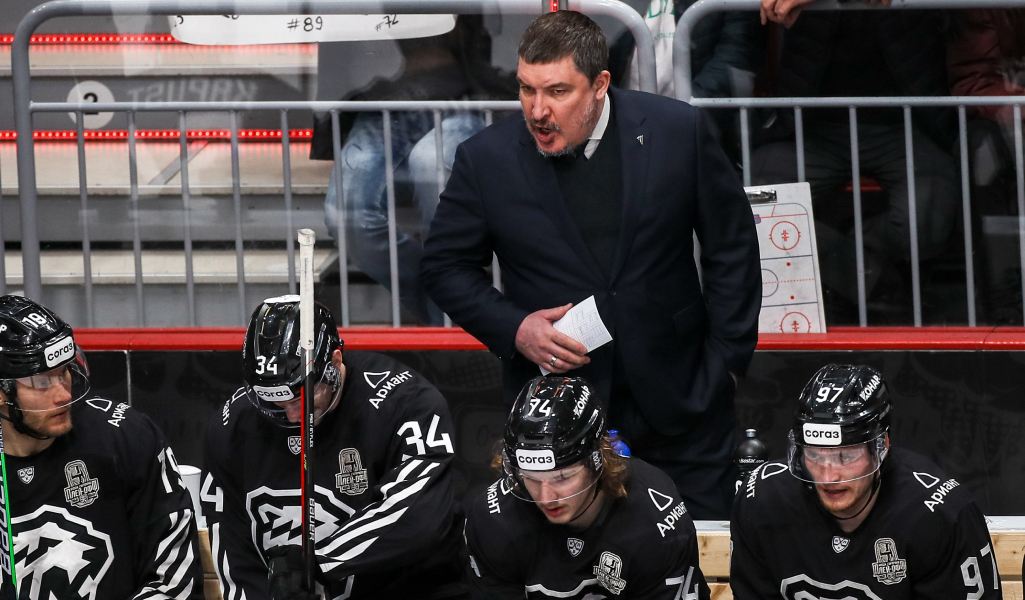 The only victory over Metallurg in the Eastern Finals, which was a 6-4 victory. Traktor showed to be no worse than Magnitka as the Anvar Gatiyatullin’s men led the game throughout the three periods. The main heroes of the night were Vladimir Tkachyov (double), Albert Yarullin (1+2), and Lawrence Pilut (0+3).

Seven players under the age of 23 played for Traktor during the season. Two of them, Alexander Tridchikov and Artyom Udot, played less than 10 games each. The main headliner among the Chelyabinsk youth is, of course, Kravtsov, who had 23 (13+10) points in 34 games. Alexander Kirpichnikov, Artyom Shvaryov, Mikhail Goryunov-Rolgizer and Maxim Shabanov got plenty of playing time, but only Shvaryov (0+3) and Shabanov (1+1) had points.

So far, Traktor has made only two transfers, but very significant, having signed Anton Burdasov and Pyotr Khokhryakov. It is important that the club management managed to extend the contract with Tertyshny, Artyom Blazhiyevsky, Sergei Kalinin, Igor Isayev, and Ilya Karpukhin.

In addition to the Czech players who left, among the departures there are also Kravtsov and Vyacheslav Osnovin, who moved to Sibir.