KHL.ru continues its end-of-season review with a look at one of the most improved teams of the 2021-2022 campaign. Under Andrei Razin, Severstal’s youthful roster took some notable scalps on its way to fifth place in the West, then pushed Dynamo Moscow all the way in the playoffs.

Severstal’s progress came from solid foundations in the previous year. In 2020-2021, Cherepovets hosted playoff hockey after the first winning regular season in eight years led the team to sixth in the West. Many feared that this was a one-off for Severstal, but Razin & Co proved them wrong in 2021-2022: the team continued its upward motion, winning 28 out of 49 regular season games including several against the big guns of CSKA, SKA, Metallurg, Ak Bars and — in particular — Dynamo Moscow. A whirlwind winning streak in the fall — nine victories in a row — paved the way for that fifth-placed finish and another more than decent return.

In post season, Severstal also performed better than last year. Up against Dynamo once more, the bold young Steelmen took the battle all the way to game seven before the Muscovites’ greater experience told. Overall, there’s no doubt that this season can be counted as a plus for the club.

Vovchenko was the big star on the Severstal offense as he posted his best ever KHL stats. More than once, he singlehandedly turned games in his team’s favor: 3 assists against Admiral, 1+2 on Metallurg, 1+1 against Dynamo in the regular season. Vovchenko also made a splash in the playoffs, scoring 7 (4+3) points in seven games. However, that wasn’t quite enough to fire his team into round two.

After a year at Sibir, Khokhlov made a successful return to Cherepovets. He was second in scoring among defensemen as he enjoyed his most productive KHL campaign. And he was every bit as effective in his own zone, finishing with the best plus/minus on the team and rating second for ice-time among D-men.

It’s often said that every player needs to find the right team and coach for him. A trade to Severstal clearly worked in Pilipenko’s favor: in Sochi he had one goal in 13 games, then in Cherepovets he potted 14 in 32. That form carried on in the playoffs, with 6 (1+5) points in seven games.

Andrei Razin has long been renowned as an expert in working with young players and the 2021-2022 campaign underlined that point. Comparing results with team budgets, Severstal delivered the best “value for money” in the league — thanks in no small part to a head coach who also fulfils much of the GM’s role. The progress of both team and coach was noted — Razin was invited to join Russia’s national program as a consultant and later as an assistant coach for the exhibition series against Belarus.

In addition, Razin is also the most media-friendly coach in the KHL right now. His social networks help to generate great interest in hockey in general, and Severstal in particular. 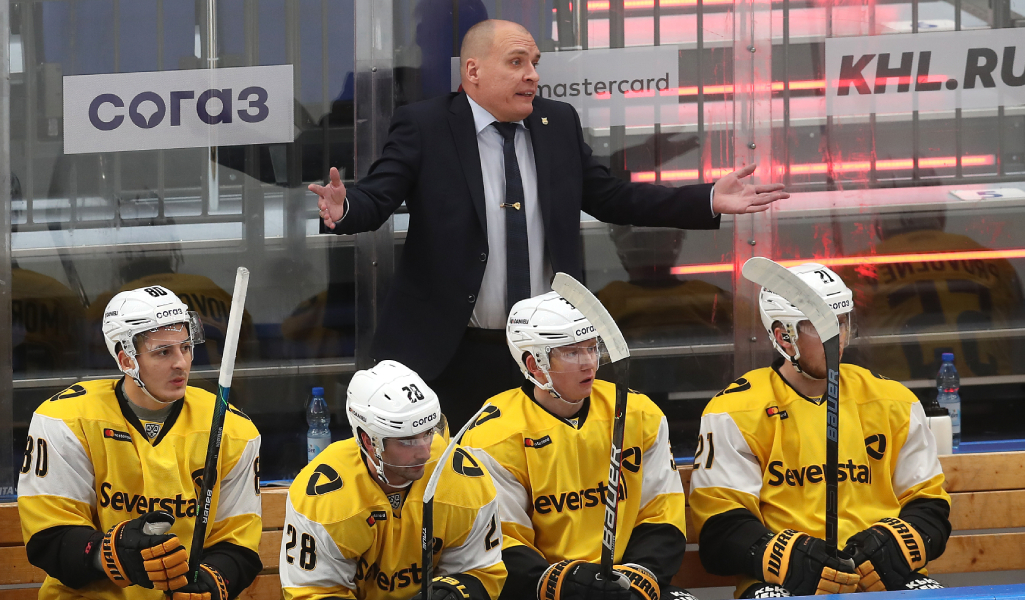 Game six of that playoff series against Dynamo saw Severstal on the brink of defeat — but they hit back with a victory that kept the battle alive. Psychologically it was a big ask after winning twice on the road then losing three in a row. Yet, with nowhere to retreat, Razin’s warriors got themselves up 3-0 by the middle of the second period. Then, they dug in: Dynamo scored twice, but could not find a way to save the game, and Severstal took the series to a decider.

Severstal used 13 players under the age of 23. Six of them had fewer than 10 games each, but the other seven formed a significant chunk of the first team. Goalie Konstantin Shostak (6 wins, 92.3% saves and 2.07 GAA) did well, Ruslan Abrosimov and Maxim Kolmykov potted their first KHL goals and Ivan Rotov scored in the playoffs for the first time. Adam Liska and Nikita Guslistov had their most productive seasons in the league and, despite their young age — Liska is 22, Gislistov 20 — are genuine leaders on this team.

As for departures, Shostak went on loan to Minsk and Metallurg snapped up Khokhlov. In addition, imports Jakob Stenqvist and Joonas Nattinen have gone to Sweden while Robert Rooba returns to JYP in Finland.