KHL.ru reviews the 2021-2022 season for each of the 24 league’s teams. Today it’s Barys’ turn. The team’s first line of Mikhailis, Volk, and Lilja, displayed its worth, but their performance was not enough to make it past the first round of the playoffs.

Barys had a bumpy season. There have been victories over top teams (Barys won games against CSKA, SKA, and Magnitka throughout the season), unexpected losses to the underdogs, and a rather unpleasant winless streak. For example, in November, Yuri Mikhailis’s team lost four games in a row. True, in November, fans watched more not how Barys played, but how the relationship between the club and Darren Dietz, who moved to CSKA after more than four years in the Kazakh capital, came to an end.

Despite unstable results, Barys played virtually uninterruptedly in key games against direct opponents for the playoffs. They beat Amur twice, Avtomobilist three times, and tied (1-1) in the mini-series with Neftekhimik. Yes, Barys lost twice during the season to Sibir, but in both cases after regulation.

As a result, Barys made the playoffs as the East’s eighth seed. The team took on conference leader Metallurg and started the series with a 3-2 victory. Interestingly, Barys also finished the regular season with two successful games against Magnitka (3-2, 4-3 OT). The Kazakhstani franchise failed to extend their winning streak against Metallurg, as Barys lost four games in a row and dropped out of the Gagarin Cup playoffs.

Barys’ main attacking force all season long was the trio of Mikhailis-Valk-Lilja. Moreover, this line was the most productive in the League at the end of the season.

The Barys’ top scorer and leader for the first time in his KHL career broke the 45-point mark. At the beginning of the season, Nikita had an incredible eleven-game scoring streak, and he has been adding points to his account regularly since then. His most productive game of the season was Barys’ home game against Traktor on November 5 (when the Kazakhs lost 4-5 OT), where he scored a hat trick and added an assist.

Curtis Valk’s latest season with Barys was also his most productive. The forward traditionally had more assists than tallies, and the 2021-2022 campaign was no exception. The Canadian became Barys’ top dispatcher last season. His 29 assists made him one of the league’s top ten passers in the regular season, and he had another three in the playoffs.

On the one hand, the Swede, unlike his linemates, has slowed down and scored fewer points than the season before. On the other hand, he was the team’s second sniper of the season, netted his first hat trick in the KHL, was named best forward in Week 14 and overall was consistently bright and helpful to the team.

Yuri Mikhailis second season at the helm of the Kazakh side was slightly less successful than his first. The team finished eighth in the East (sixth in the 2020-2021 season) and lost in the first round 1-4 (a year earlier, Barys also faced Metallurg and lost 2-4). 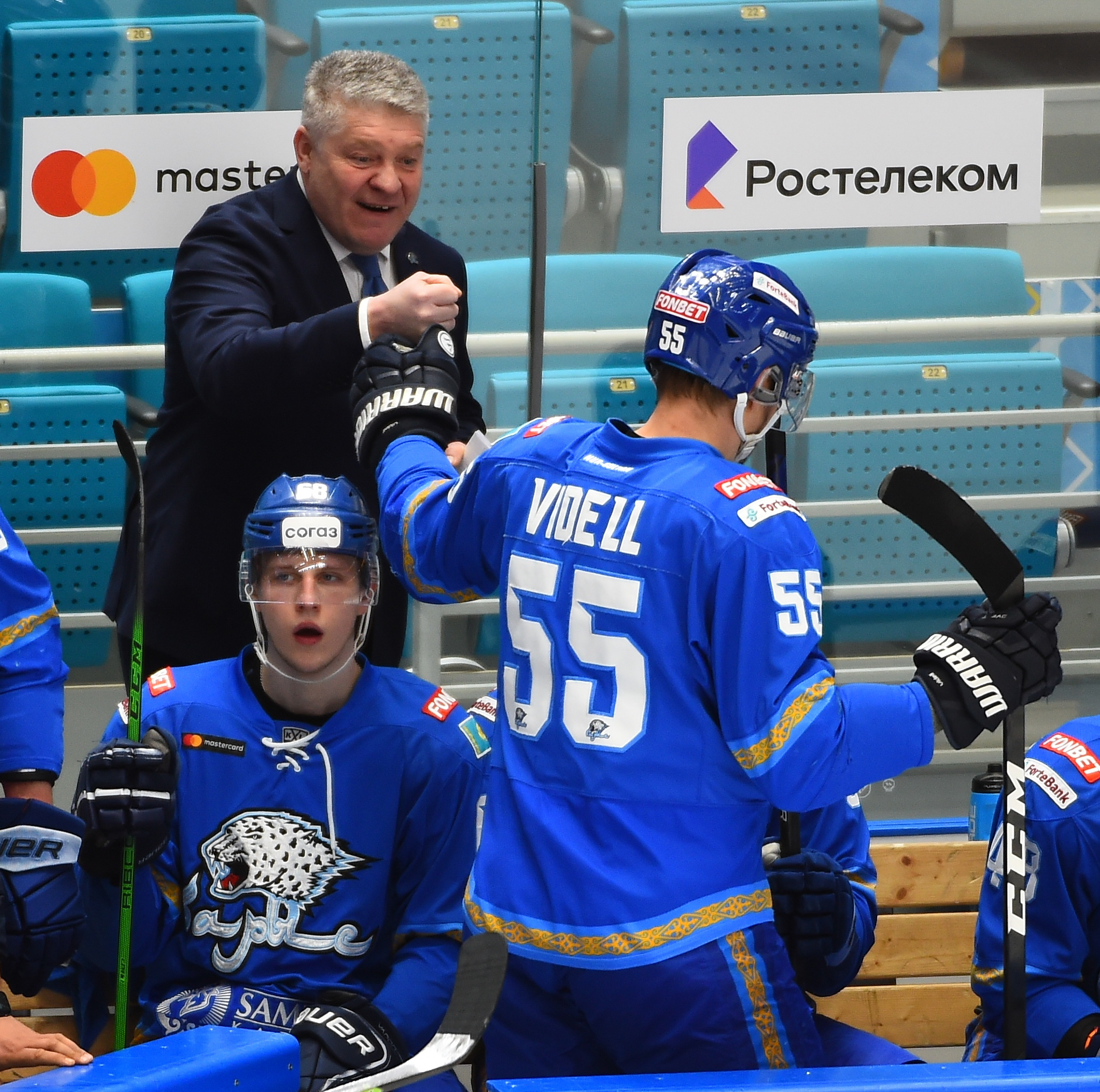 This result can’t be called a failure. All the same, in both seasons the team reached the elimination stage. However, Barys under the leadership of Yuri Mikhailis has not yet been able to make any noticeable step forward. Repeating the results of the 2018-2019 and 2019-2020 campaign, when Barys led the way in the East and advanced to the conference semifinals, for now is out of the question.

The January 9 away game against Metallurg will be remembered by Barys’ fans for a long time. The adventures began on the way to the game: the runway at Magnitogorsk airport got icy, and the Barys plane had to go to an alternate airfield in Chelyabinsk. The team spent the night there. The flight to Magnitogorsk was scheduled for the morning, but it was also delayed for several hours because the host airport was still closed. As a result, Barys arrived at the arena only two hours before the puck was thrown in for the first faceoff.

The game itself was also eventful. Goaltender Andrey Shutov’s debut in the KHL, Alikhan Asetov’s goal after only 8 seconds from the starting faceoff, Andrey Chibisov and Tomas Jurco fighting, a lot of penalties in the third period and two cancelled goals (one for each team). Barys took the lead three times, Metallurg tied the score three times, but in the end, the team from Nur-Sultan won in overtime thanks to Linden Vey, who spectacularly completed a quick counterattack.

The 18-year-old Dinmukhamed Kaiyrzhan played eleven games in the regular season and one match in the playoffs for Barys. The forward received an average of only three minutes per game, but was able to score his first goal in the KHL — in late October, Kaiyrzhan netted one against Admirals.

At the beginning of the season, Maxim Musorov played eleven games for Barys. During that time, the 21-year-old forward had 1 (0+1) point. However, later, Musorov left Barys. During 2021-2022 campaign, he also played for Nomad in the Kazakhstani championship (6 + 4 in 14 games), as well as a trip to the USHL (4 + 9 in 28 games for the Des Moines Buccaneers). In the offseason, Musorov signed a contract with Spartak.

Two other young forwards did not score any points — Ansar Shaikhmeddenov and Aldiyar Nurlan. The former played in fifteen games and recorded six hits, while the latter received only two shifts in the game against Salavat Yulaev at the start of the season.

The Barys’ president Boris Ivanishchev, said at a press conference after the end of the season that the club intends to retain its top line and the rest of the Kazakhstani squad.

However, the club’s management was unable to accomplish the first task. Curtis Volk signed a contract with Avtomobilist, and Jakob Lilja announced that he had no intention to continue playing in the KHL. Things are better with the second part of the plan. Contracts with the club have already been renewed by Adil Beketayev, Samat Daniyar, Kirill Savitsky, and Anton Sagadeyev. Nikita Mikhailis accepted the club’s qualifying offer. But the offseason didn’t go without losses — during the IIHF World Championship Valery Orekhov, one of the team’s top d-men, signed a contract with Magnitka. 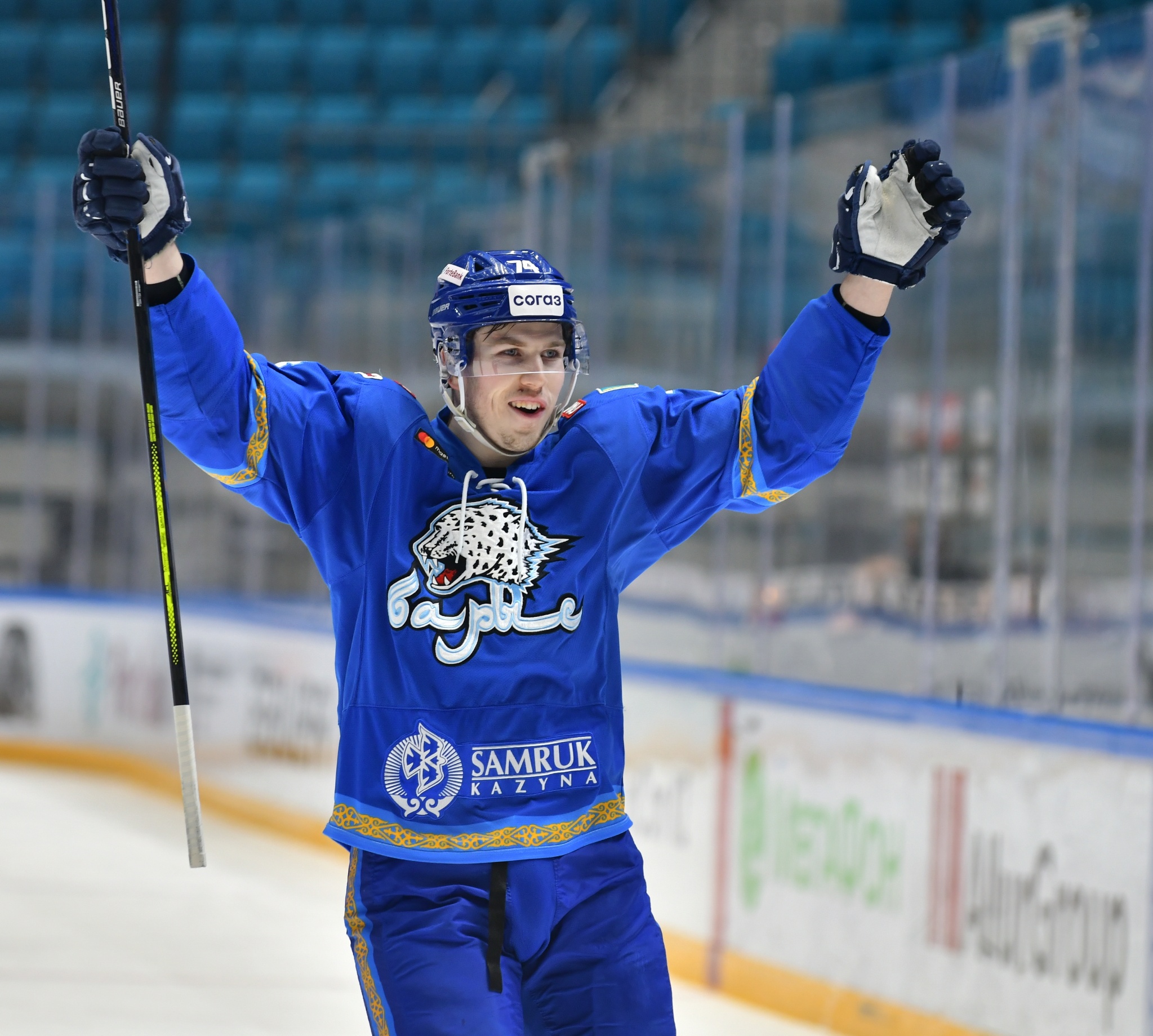 But Barys doesn’t have any newcomers — the boards definitely need to start working actively on the market.