KHL.ru reviews the 2021-2022 season for each of the 24 league’s teams. Today it’s Avtomobilist’s turn. The Urals franchise had a strong roster and a good preseason, and the Motormen started the campaign with optimism. But something didn’t work out.

Before the season, no one would believe that Avtomobilist could fail its goal of achieving the East’s top eight. The team was strengthened last summer by a group of foreign players, including Kazakh Jesse Blacker and Belarusian Shane Prince, but the team has been feverish all season. A short winning streak gave way to roughly the same losing streak, with November (2 wins in 9 games) and December (3 wins in 10 games) being key. Another problem was the injury of longtime leader Jakub Kovar, who played only one game and then left the team because of an injury. Unclear goaltending and subpar play by the leaders contributed to the team’s poor season performance.

The German-Canadian forward spent his third season in Ekaterinburg. Taking the average points per game, this was his best year. In his first season, he scored 46 points in 61 games, but a year later, only 28 points in 57 games, half as many as his 2021-2022 campaign. Macek was the team’s second-leading scorer and top sniper of the season.

Galkin had his KHL debut back in the 2019-2020 season, but only this season he had his first real KHL play. Because of Kovar’s injury, he shared the goaltending spot with Dmitry Shikin. Although he was behind him statistically, it was his play that gave the Motormen a chance to win. Among the most memorable games, it is worth mentioning a match against Traktor (1-2 SO), where Galkin posted a whopping 53 saves, as well as the first shutout, which happened in Yaroslavl (2-0).

Blacker, in his debut season in Yekaterinburg, was the team’s leading scorer-defenseman and key player. He was one of only four defensemen to finish the season with a positive differential, and he led the entire team in playing time with a 22-minute, 41-second average per game.

The team entered the season with the Canadian coach Bill Peters, spending his second year in the KHL. Before the start of the year, he was joined on the coaching staff by Nikolai Zavarukhin, who had previously worked as head coach at Sibir. It was Zavarukhin who was considered a possible successor to Peters, and such a switch happened at the end of November, when Peters left the club after a disappointing start of the campaign. Under Peters, the team had 14 wins in 34 games in the 2021-2022 season. With Zavarukhin, things were going well at first – three wins in five encounters, but then a six-game losing streak happened and soon the team went into quarantine. In the last game of the regular season, the team defeated Severstal, but that wasn’t enough to guarantee a top-eight spot. 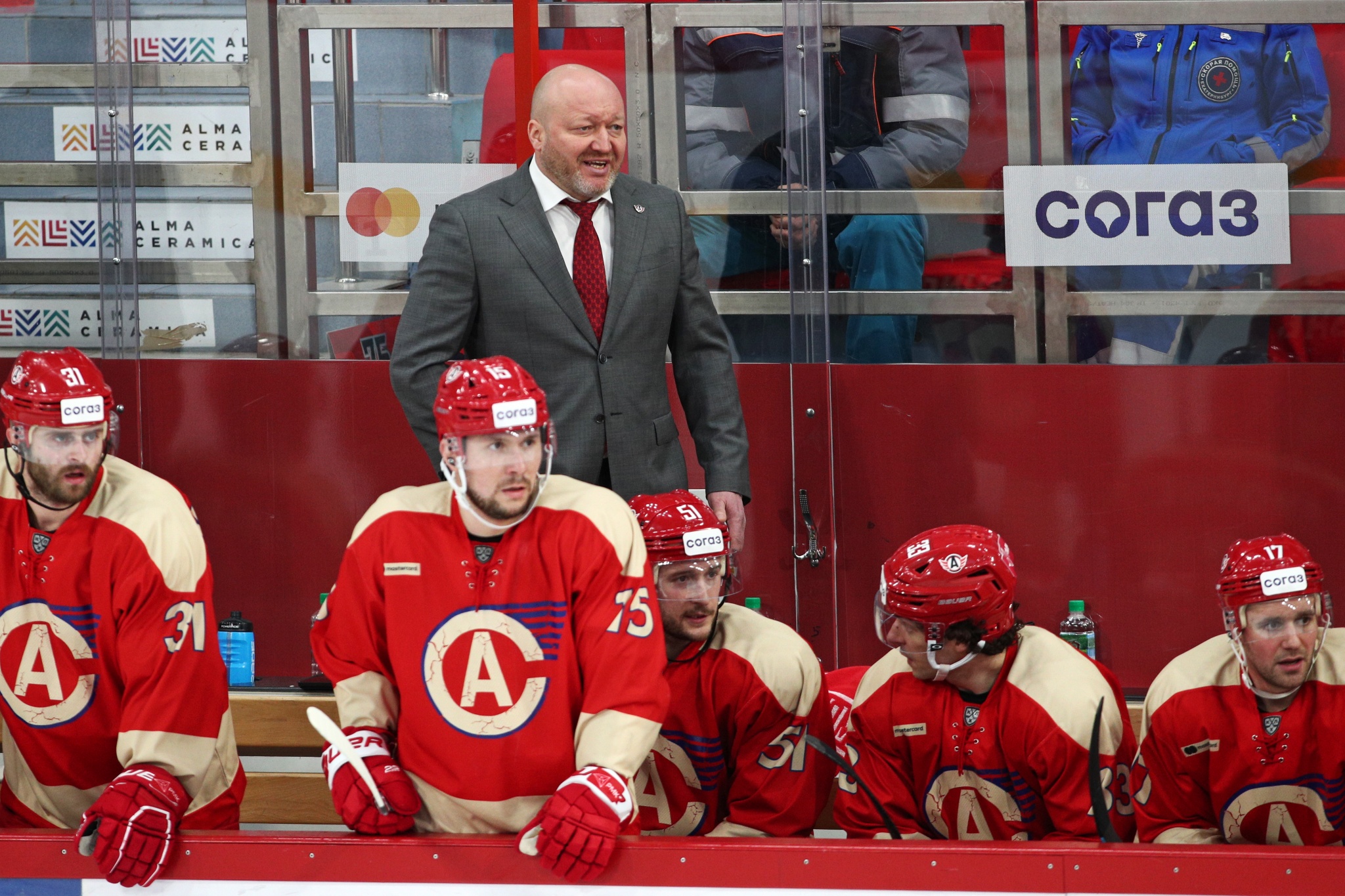 Nevertheless, Avtomobilist had enough bright games, like a large win over Kunlun Red Star (8-0), a goal outburst with HC Sochi (7:6 OT), and a shutout victory over Lokomotiv (2-0), but probably the best was the game against Salavat Yulaev (4:3 OT). The Motormen were trailing 1-3 at home with six minutes to go, but were able to put the game into OT, where Stephane Da Costa brought victory to Avtomobilist at the last gasp.

Among the younger players, we already singled out goalie Vladimir Galkin. As for the skaters, defenseman Valery Sitnikov stood out at the beginning of the year, who scored in his debut KHL game. Ilya Ovchinnikov, who scored 2 (1+1) points at the KHL level, was the most played on the offensive line.

This summer Avtomobilist continued its aggressive policy on the transfer market, as the club announced the signing of a group of internationals, but it is unclear whether Finns Juha Metsola, Jyrki Jokipakka and Miro Aaltonen will reach the Urals; Curtis Valk, who represented Kazakhstan at the recent IIHF World Championship, has more chances to arrive. In the Russian market, Avtomobilist made a bet on goalie Igor Bobkov, defenseman Denis Barantsev and forward Sergei Shirokov. As for losses, Ryan Spooner and Sergey Shumakov left the team. The fate of the club’s record holder in the KHL, Anatoly Golyshev, is for now unclear.