And then there were two ... — the KHL week in review

The final showdown is here – Metallurg faces CSKA for the Gagarin Cup. We’ve enjoyed a high-scoring playoff and some memorable moments to get here, and seen new records set. Elsewhere, a long-serving import hangs up his skates and Ak Bars looks for a new head coach.

We started with 24 teams, we’re down to just two. CSKA Moscow and Metallurg Magnitogorsk will contest the 2022 Gagarin Cup, starting in Magnitogorsk on Monday. It’s the second time these teams have met in the final, with Magnitka lifting the trophy in 2016. Ilya Vorobyov was head coach on that occasion, back behind the Metallurg bench after a season at SKA and with Team Russia in 2018-2019. For CSKA, Sergei Fedorov continues his rookie season as a head coach – and could finish it with the top prize. 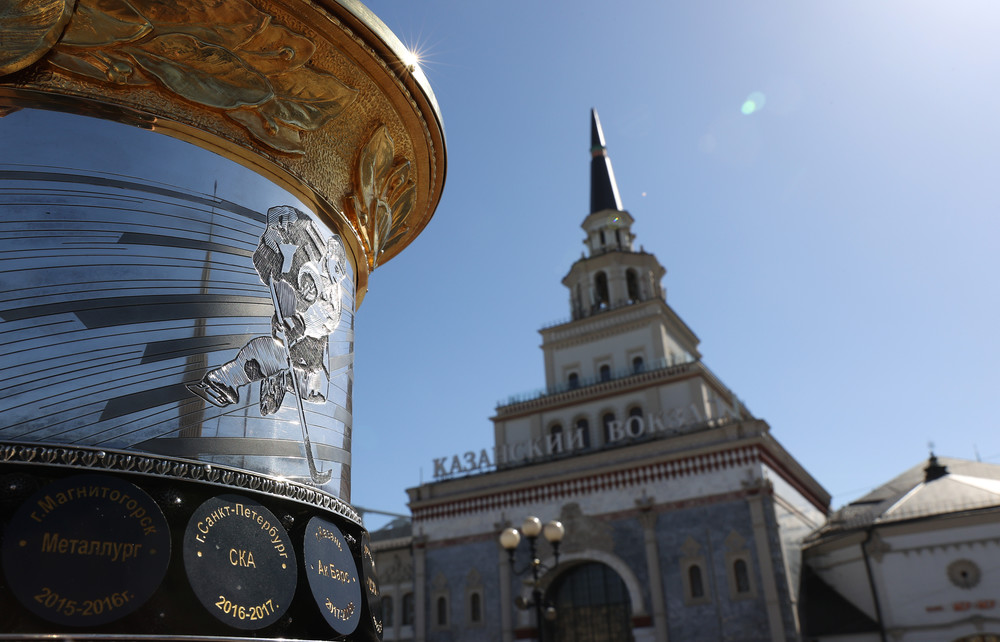 The battle between Fedorov and Vorobyov promises to be a clash of contrasting hockey philosophies. Metallurg has progressed this season thanks to its ability to swiftly turn defense into offense, regularly catching opponents on the counter. CSKA, though, is noted for a well-drilled defensive game that is unlikely to offer many opportunities for quick turnovers. 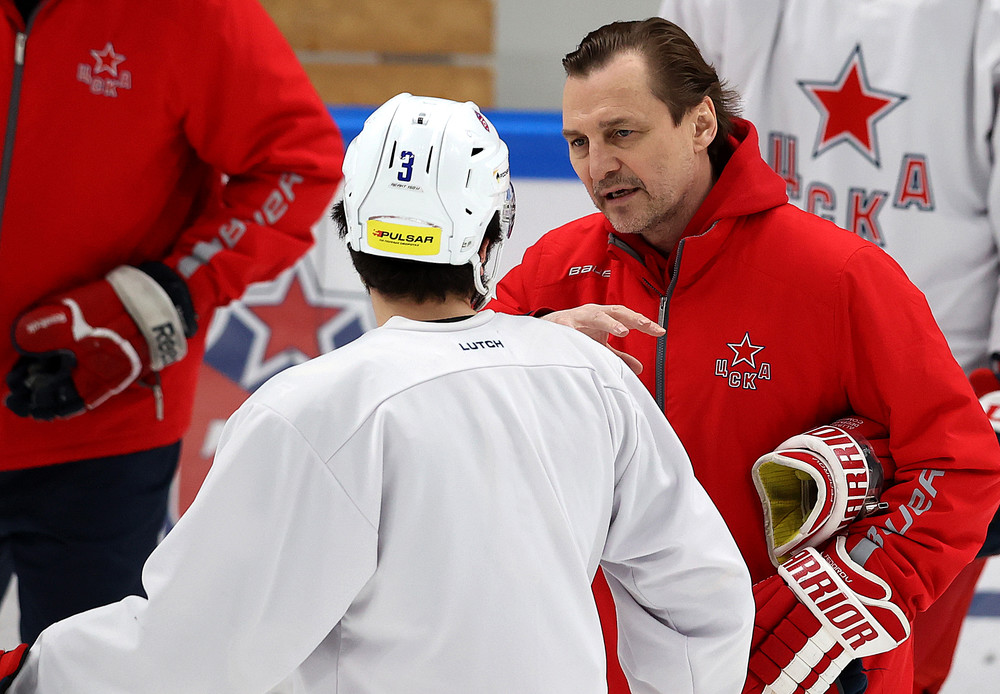 The two goalies are at opposite ends of their careers. Vasily Koshechkin is heading to his fourth Gagarin Cup final with Metallurg, more than any other goalie in the KHL era. If successful, he’ll collect a third title to go with his 2018 Olympic gold. CSKA’s Ivan Fedotov also has Olympic experience after backstopping this year’s silver medal campaign. However, it’s the 25-year-old’s first taste of a Gagarin Cup final. Will Koshechkin’s experience make the difference, or will Fedotov crown his breakout season with the big prize?

In the Eastern Conference final, Metallurg overcame Traktor in five games. But the decisive blow came late in game five, with Grigory Dronov potting the game winner just 15 seconds before the end. The defenseman moves on to 14 (6+8) points in the playoffs, a personal best for him and the best result in the league for a blue liner in this year’s post season.

The Western Conference final series between CSKA and SKA went to seven games. Along the way, forward Mikhail Grigorenko scored his 93rd goal for the Muscovites, breaking Alexander Radulov’s club record of 91. SKA’s Nikita Gusev was close to setting a points record for SKA, but after CSKA won game seven 3-0, he was left one shy of Ilya Kovalchuk’s 370 points for the club.

Long-serving Canadian defenseman Mat Robinson played his 550th KHL game during the conference final. In a career that took in spells with Dinamo Riga, Dynamo Moscow, CSKA and SKA, he won the Gagarin Cup in 2019 and was selected for four All-Star Games. However, after 551 games in total, the 35-year-old has decided it’s time to hang up his skates. Only four Canadian-born players – Geoff Platt (724), Kevin Dallman (620), Nigel Dawes (608) and Matt Ellison (594) – have played more in the KHL.

Following a defeat to Avangard in the first round of this year’s playoffs, Ak Bars decided not to renew its contract with head coach Dmitry Kvartalnov. As a result, he will leave the club after three years. In that time, his best result was reaching the Eastern Conference final in 2021. Kvartalnov’s coaching team will also leave Ak Bars. 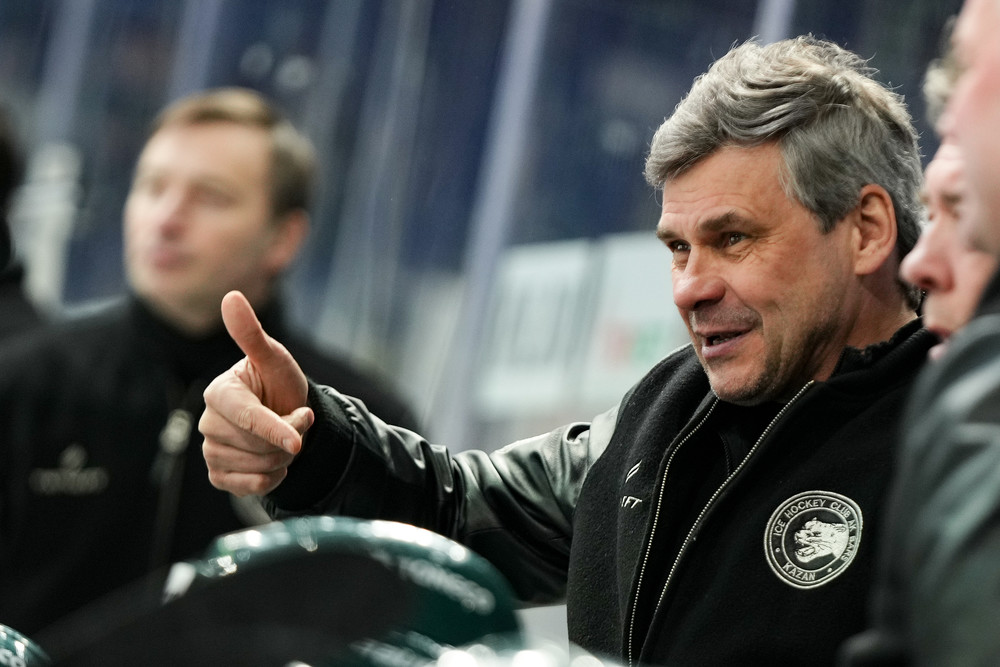 The 2022 playoffs are among the most productive in KHL history. Over three rounds to date, we’ve seen an average of 5.35 goals per game, bettered only by 5.42 in 2011. Those three rounds have produced 369 games, the third highest tally at this stage in any KHL season – and that’s despite the cancellation of the first-round match-up between Jokerit and Spartak. The conference finals this year produced 4.92 goals per game, the third best of all time, while CSKA was four goals short of Atlant’s KHL record 24 goals in a conference final, set back in 2011 when Sergei Mozyakin was leading the attack for the Moscow Region club.

Regular season champion SKIF Nizhny Novgorod moved into the Women’s Hockey League final with two victories over Dynamo Neva. The outsider threatened an upset in the first game of the semi-final series, leading twice before falling to two goals in the third period. And game two was also close as the teams shared nine goals. Landysh Falyakhova’s hat-trick made the difference as SKIF took a 5-4 verdict. The second finalist could be determined Monday, with Tornado traveling to KRS Vanke Rays looking for a second victory to wrap up the series. In the opening game, KRS led twice but fell 2-3. The league’s leading scorer, Anna Shokhina, had a goal and an assist for Tornado.