Before the start of the playoffs’ second round, KHL.ru presents a preview of the Gagarin Cup’s second-round pairings. Today the talk is about the clash between CSKA and Dynamo Moscow.

CSKA and Dynamo are two of the most titled clubs in Russian hockey history, and this is by definition one of the most heated derbies. And this despite the fact that when the Blue-and-Whites were among the top favorites, CSKA was experiencing bad times or were in the middle of the pack; and vice versa. In their first KHL season, the two sides in the second round (which was held back then as a top-three series) and there was no showdown: Dynamo took the series in three games, including 7:0 in game two and 5:1 in game three. Ten years later, again in the second round, the Army team (which later won the Gagarin Cup) prevailed, 4-1. The next season they took on each other in the second round again, but the coronavirus interfered, forcing the playoffs to halt. Too bad: by all accounts there was a very interesting battle to be fought there, including between two excellent offensive units: Petersson – Shipachyov – Jaskin (the most productive trio of the regular season) and Kaprizov – Kempe – Slepyshev. 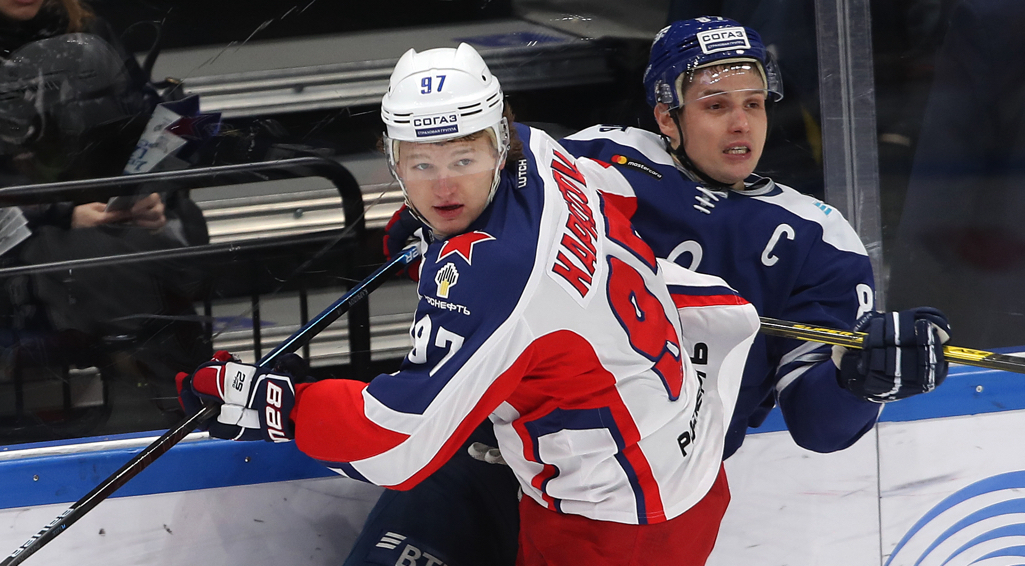 In the current regular season, the opponents have had time to play all four of their scheduled meetings. And all of them were won by guests: 3:0 and 3-2 OT for CSKA, 3:2 SO and 4:3 for Dynamo. CSKA had 18 players on the roster scoring points, including goalie Ivan Fedotov, and the most productive were Pavel Karnaukhov (2+1) and Konstantin Okulov and Anton Slepyshev (both with 1+2). However, Dynamo’s Vadim Shipachyov (2+4) was the season’s leading scorer in the series. Interestingly, the Red-and-Blues didn’t score a single power play goal out of eleven attempts, unless you count the sensational OT, empty-net goal, but that doesn’t actually count, since the teams were on even strength.

The fact that CSKA has not converted a single power play attempt in their head-to-head encounters, while Dynamo has converted four of sixteen, may seem not only interesting but also surprising, given that both teams used their man advantage to a very high degree (Dynamo finished the regular season in second place and CSKA in third) and were separated by a meager eight seconds per goal difference on average. It ceases to be surprising if taking into account penalty killing performance, which was diametrically opposed in the regular season: CSKA was third from the end, while Dynamo was second again (naturally, counting from top). And here the difference between the two was already three-plus minutes per goal conceded – that’s quite a lot. In the playoffs, however, Dinamo’s PK units began to falter, and their numbers were almost identical to those of CSKA in the regular season. In the meantime, CSKA’s penalty killing numbers improved markedly, not to Dynamo’s level in the regular season, but close to it as well.

On the other hand, CSKA’s power play execution has decreased, while Dynamo’s has increased, and if before they were separated by eight seconds per goal, now it’s a minute or so. The Blue-and-Whites special teams have been churning out goals with notable consistency: Stanislav Galiyev (4+0) snaps from the left wing, Vyacheslav Voynov (5+4, top scorer in the first round) strikes from the blue line (right, center, left), Eric O’Dell (2+6) creates space in the slot, Oscar Lindberg (1+6) helps him, while Shipachyov (1+7) orchestrates everything. Together, they produced 36 points, with 21 of them while being on the ice in this particular combination. By comparison, the two most productive CSKA units (Nesterov – Plotnikov – Grigorenko – Kamenev – Slepyshev, and Kiselevich – Sergeyev – Plotnikov – Kamenev – Okulov) combined for six (2+4) points on the ice. Yes, CSKA played four games and Dynamo played all seven, but still, 21 points for one unit versus 12 points for two is a huge difference. All the more so if considering that the second Dynamo squad (Mironov – Voynov – Lindberg – O’Dell – Rashevsky) has exactly the same numbers as each of the CSKA units. 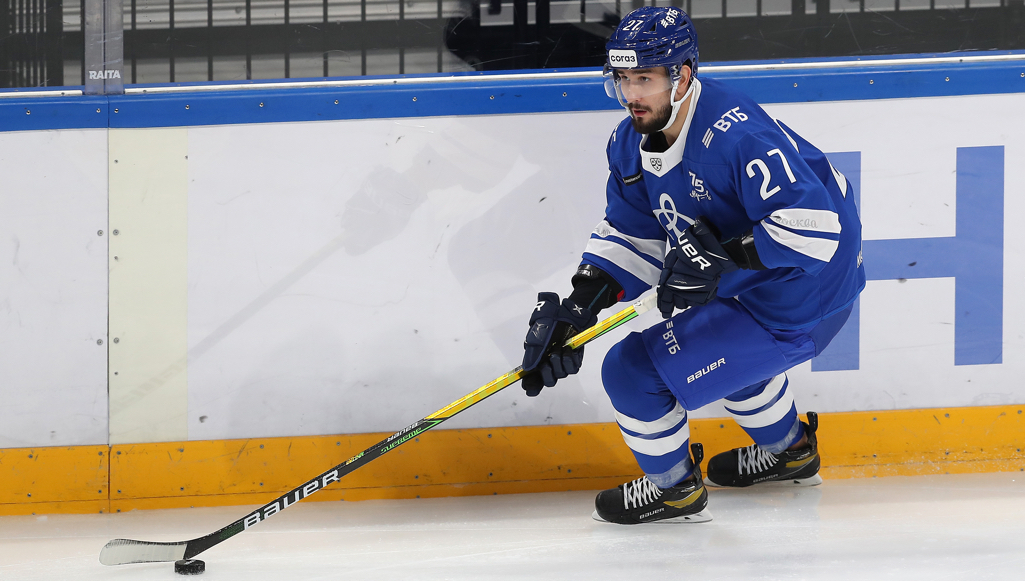 Another thing is that scoring against CSKA will be more difficult for Dynamo, if compared to Severstal. CSKA, on the other hand, will probably have an easier time than it did against Lokomotiv. Sergei Fedorov can count on two formidable lines. If his trio of Vladislav Kamenev, Okulov (3+3, the team’s top scorer and playoff sniper), and Sergei Plotnikov were the most dangerous in the regular season and the first round of the Gagarin Cup, then the Karnaukhov unit with Mikhail Grigorenko and Slepyshev on the wing has the potential to score even more. CSKA’s forward had a bit of luck as in the series against Lokomotiv, top goalie Edward Pasquale was unconvincing (which, by the way, had nothing to do with luck – that was one of CSKA’s achievements) and then he dropped out of action altogether. As for Dynamo, Ivan Bocharov also played unconvincingly, while Alexander Yeryomenko – who is not inferior to Bocharov in anything, but is much older – came to the forefront. Therefore, the question ‘can Yeryomenko play long enough in the Cup marathon?’ is, perhaps, the key one for Dynamo.

On the other hand, Fedotov, who has been playing the best hockey of his not-so-long career, is CSKA’s starting goalie. Hardly will he set the bar for himself lower in the second round.

Overall, Dynamo looks better on offense, while CSKA looks better on defense. Playoff hockey is more about defense than attack. The Blue-and-Whites have a powerful trump card in their game with the man advangate; but the trick here is that they can’t whistle penalties themselves. Receiving this trump card depends on the opponent, and CSKA was more disciplined in the regular season than Dynamo, and in the first round of the playoffs, too. In the first round, in particular, only Yaroslavl and Kazan, which had already finished the season, were penalized less often (nine penalty minutes per game on average). Dynamo averaged over 15 minutes, which was surprising given the deteriorating penalty kill rate: the fact that Severstal players were regularly penalized should have forced the Muscovites to be more careful. If nothing changes in this regard, Dynamo will have big problems, while CSKA will advance to the Western Conference’s final.