Before the start of the playoffs’ second round, KHL.ru presents a preview of the Gagarin Cup’s second-round pairings. Today the talk is about the clash between Traktor and Salavat Yulaev.

Traktor and Salavat Yulaev play in the same conference, but in the history of the KHL their paths have crossed only twice in the playoffs. In 2018, they met – as they do now – in the second round and had a seven-game series, one of two in that season. After five meetings, Ufa led 3-2; four of those five games ended with a one-goal margin, and in another, Traktor won 4-1 at home (with Nick Bailen scoring three points). The sixth clash – again in Chelyabinsk – unexpectedly ended with a complete thump of Salavat Yulaev, 7:1, with Bailen again producing three points. The seventh game returned to the previous scenario – 2:1, again in favor of Traktor.

The second meeting happened a year ago, in the first round. The Chelyabinsk team won the first game on the road, but then lost four times in a row, two of them without scoring. Of the main heroes of that series, only Alexander Kadeikin is still in action today, while the Finnish top line and Juha Metsola have recently left Ufa.

For the same reason the lone game between the two sides last term has no big analytical value: Metsola stopped 28 shots of 29, Sakari Manninen potted a double, while the other three international players gave four assists. However, the game shouldn’t be ignored either, as Ufa won on the road, 6:1, which was one of only two times that Traktor lost by a major score this season.

The only goal for the Chelyabinsk club in that game was scored again with an assist from Bailen. He was one of the main heroes of the series against Neftekhimik, and with four points he shares first place with Lukas Sedlak (both have 2+2) and Tomas Hyka (1+3) in the Traktor scoring race. In addition to his productivity on offense, Sedlak dominated on the dots (over 70% of wins) and on physical play (11 hits). Not only that – Lukas also blocked six shots, and he has no equal among the Traktor forwards in all these indicators. And among the defenders,Evgeny Kulik has the same number of blocks, while Bailen surpasses them all (nine).

The departure of the international players is, of course, a huge loss for Salavat Yulaev. And it’s not even so much about performance, as it is about their role within the team in general. Any forward from the Finnish offensive troika spent more time on the ice than not only his colleagues, but even the defensemen, including the leading blueliner Philip Larsen who also left. Metsola played two-thirds of the games. Kadeikin (3+2), Sergei Shmelyov (1+4), and Viktor Tikhonov (2+2) have taken over the leading role, each averaging more than 20 minutes per game. Defensively, Mikhail Naumenkov and Pavel Koledov took the lead in equal parts, and Dinar Khafizullin played the point in the powerplay.

The implementation of which (19.05%) at the end of the first round was slightly below average (20.91%), while the Chelyabinsk team had a markedly higher indicator – 26.32%. However, Salavat Yulaev had a better penalty killing: 84.21% vs. 76.92%. It should be noted that Traktor’s power play and Salavat Yulaev’s penalty kill rate are the third among the 14 participants in the first round. As for Traktor’s penalty killing and Salavat Yulaev’s power play stats, the picture here is reversed: tenth and ninth, respectively – in these components, both teams’ head coaches need to look for ways to improve. 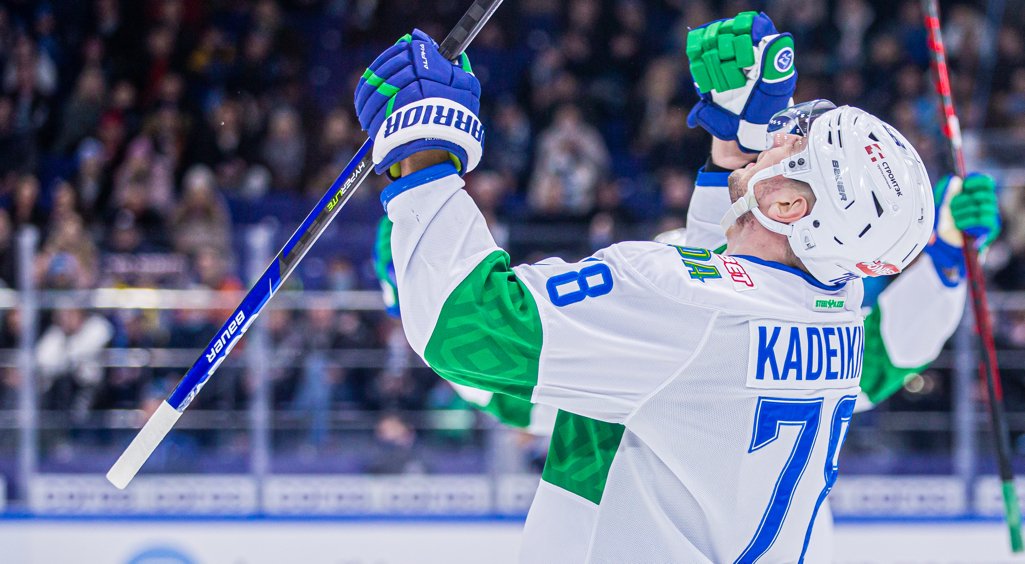 In the previous two playoff meetings, Salavat Yulaev was the favorite with the higher seed. Now it’s the other way around; and while Traktor looked better in the regular season, but not by much, the question with the international players has actually put these opponents in different weight classes. Nevertheless, Ufa finished the first round a bit easier than expected, while the Chelyabinsk franchise had a slightly more challenging first round. With all due respect to Neftekhimik, Salavat Yulaev is a tougher nut to crack, even without any import. The effort the Traktor players put forth in the previous series likely won’t be enough to defeat them. Another thing is that the Chelyabinsk players didn’t seem to perform at 100% of their ‘projected capacity,’ and could very well improve. So, they remain the favorites in this series; but not as unqualified as they might have seemed earlier on.