As the men’s tournament got underway in Beijing, the KHL’s contingent made an immediate impact at the Olympics. Back in Russia, two new tournaments help to keep players busy during the break in the season.

Team ROC was the first to qualify directly for the Olympic quarter-finals, blanking Switzerland and Denmark to take control of Group B. However, a pulsating overtime loss against Czechia robbed Alexei Zhamnov’s team of its perfect start to the tournament. The Russians are next in action on Feb. 16, with Denmark or Latvia providing the opposition. Team ROC’s leading scorers are Kirill Semyonov (1+2) and Nikita Gusev (0+3), while five different players found the net in that 5-6 loss against the Czechs.

Wallmark among the leading scorers

In the tournament scoring race, CSKA’s Lucas Wallmark is tied for the lead with Slovakia’s 17-year-old Juraj Slafkovsky on four goals from the group stage. Young USA forward Sean Farrell is top of the overall scoring chart with 6 (3+3) points, just ahead of Salavat Yulaev’s Finnish duo Sakari Manninen (3+2) and Teemu Hartikainen (1+4). 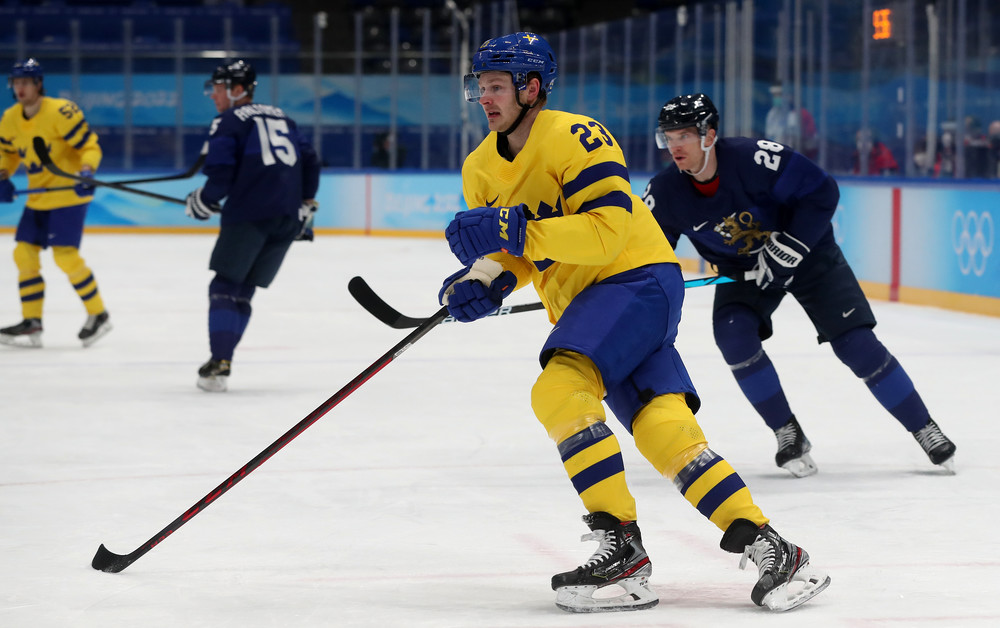 Team China’s first ever Olympic campaign has been hard work, with a 0-8 loss to the USA and a 0-5 reverse against Canada. But there have been some highlights as well. Shuai Fu (Parker Foo) grabbed his country’s first ever Olympic goal in a 2-3 loss against Germany, with Taile Wang (Tyler Wong) also on target. But the team, built around the Kunlun Red Star roster from the KHL, has earned plaudits.

Canadian head coach Claude Julien said: “We played against a [Chinese] team that seems to be getting better all the time. We played a team that doesn’t quit, competes hard and had their chances.” 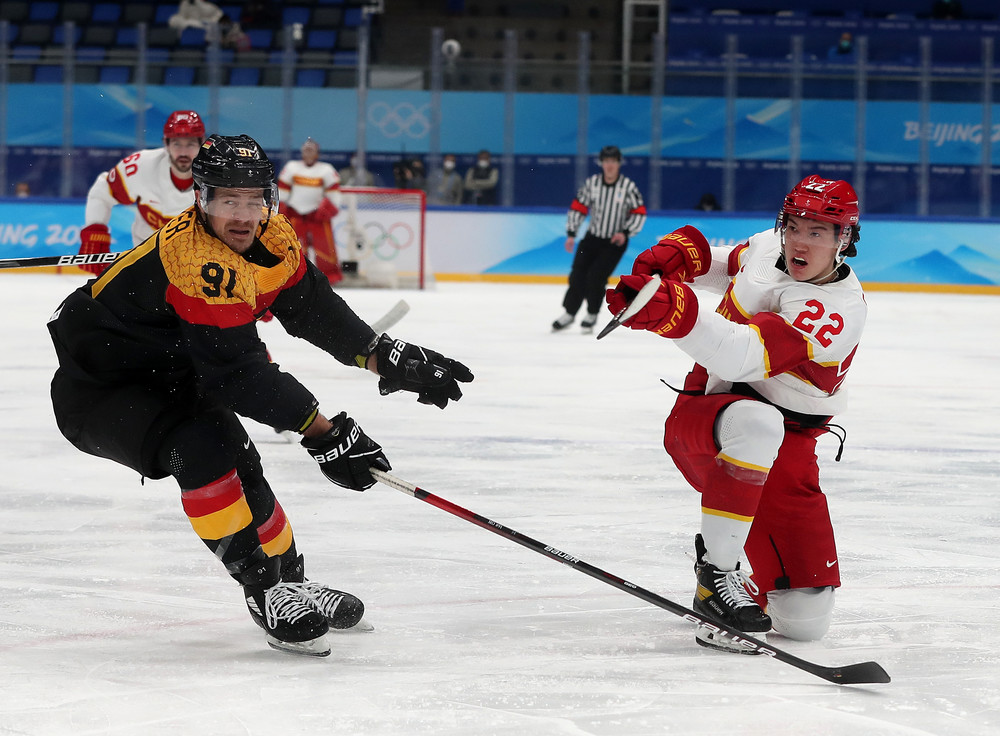 ROC women bow out in QF

Team ROC’s women, whose Olympic campaign was badly affected by Covid protocols, bowed out in the quarter finals. The knock-out campaign began with a re-match against Switzerland, who lost 2-5 in the opening group phase meeting. This time, though, the verdict went the other way. The game was alive until the closing minutes, when two goals from Alina Muller snapped a 2-2 tie and gave the Swiss the edge. Earlier, Team ROC was frustrated when Anna Shokhina had a goal whistled off and fell behind shortly afterwards.

The Olympic pause does not mean that the KHL’s clubs are taking it easy. Exhibition games are already underway for the players not currently in Beijing. In Sochi, the Leopards hosted a three-team event with Admiral Vladivostok and SKA St. Petersburg. The Army Men, despite missing several players away on international duty, came out on top, defeating Sochi 5-4 in overtime then thrashing Admiral 8-0. Two players who narrowly missed out on Olympic calls, Anton Burdasov (2+0) and Andrei Kuzmenko (1+2) were among the team’s leaders in that victory.

Not to be outdone, Kazan is hosting its event, the so-called Pause Tournament. Ak Bars is entertaining Lokomotiv, Severstal and Neftekhimik in a four-team round robin. The opening day’s play on Sunday saw Dmitry Kagarlitsky grab a spectacular goal to secure a 3-2 win over Loko, while Neftekhimik rallied from 0-4 to defeat Severstal in overtime.

Away from these tournaments, other clubs have found some friendly action. Metallurg Magnitogorsk played two games against Team Belarus in Minsk. The first meeting finished 1-1 in regulation, with Linus Videll on target for Magnitka. The Belarusians won the shoot-out that day. However, Metallurg got its revenge on Sunday with a 5-2 victory. Nikita Korostelyov had two goals and two assists, while Nikolai Goldobin had 1+1. Elsewhere, there was a 1-0 win for CSKA over Sibir and Salavat Yulaev beat Neftekhimik 3-0.

Makeyev extends for 2 years at Avto

Transfer action continues, with Avtomobilist signing its leading forward Alexei Makeyev to a two-year contract extension. This season, Makeyev has 23 (11+12) points from 34 games, placing him fifth among team scoring and second among the team’s Russian players.