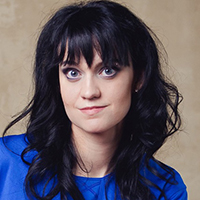 In this KHL.ru interview, Traktor’s forward Lukas Sedlak talks about the upcoming Beijing Olympic Games, his team’s goals for the current season, and his free time in Chelyabinsk.

“Play in the Olympics has always been my dream,” Lukas Sedlak says. “I remember, as a kid, seeing Czechia win gold in Nagano. It was something unbelievable! At that time our team was not the favorite in the tournament, but it was able to be great. The players gave everything for that victory. So, I can’t wait to play in the Olympics myself. I hope we can play like the Czech team did in 1998. We must fight for our country and make our fans proud.”

His teammate in Traktor Tomas Hyka, however, said that Czechia is not the favorite for the tournament. “I think he’s right. At the moment, we aren’t favorite for the Olympic tournament. Russia, Sweden, and Finland have very strong teams every year. But of course, this does not mean that Czechia cannot fight for the gold. We’ll try as hard as we can. We must show our best game and fight for our chance.”

However, the Czechs don’t medal at the IIHF World Championship level since 2012 and since 2006 at the Olympics. “It’s been a long time since the last medal,” he confirms. “I can speak for myself — I’ll do my best for our team. But I’m sure all the other guys will as well. So hopefully, this attitude will lead us to a good result.”

Czechia will have a good boost in its roster, with the chance to count on David Krejci. The former Stanley Cup champion played more than 1,000 NHL games and represented his country at three IIHF WC editions. Beijing 2022 will be the third Olympics for Krejci. “Of course, having Krejci is a big reinforcement for the team. He’s one of the best players in Europe right now. I personally am going to watch him play and learn something new for myself. His presence should help the whole team psychologically as well.”

Just as most of other athletes, Sedlak is very determined to play at the Olympics, and he will go to China to win. “There is nothing more important than Olympic gold. That’s what you’ve been dreaming about since you were a kid. When we played outside, we always imagined playing for the national team. To win any medal at the Olympics is just incredible.”

In the round-robin, the Czechs will face Russia in their third game in the tournament. “It will be a big game, although every match at the Olympics is important,” Sedlak explains. “Since I’ve been playing in Russia for three years now, this game will be special for me personally. I hope someone from Traktor will make Team Russia’s roster and it will be interesting for me to compete against my teammates.”

Traktor players this season are very vocal about their chance to win the Gagarin Cup. And Sedlak isn’t going to be any different. “Of course we can win it!” — he firmly says. “We’re in first or second place in the league, not just right above the playoff line, so we’re saying that for a reason. We’ve got a good chance this year and we’ve earned it with our play. There are high expectations from the team, and we can’t ignore them.”

However, many people still thinks that too often international players post great regular season, just to then disappear in the playoff. Last year, Sedlak himself had 38 (16+22) points in 58 regular-season games, just to be scoreless in the five-game postseason series against Salavat Yulaev. “We didn’t play our best last year in the playoff,” he confirms. “I don’t know why. We played well in the first couple of games, but then we were extremely unsuccessful at home. But how can you play well for 60 games and then do nothing in the playoffs? That doesn’t make any sense to me. We fight to get there for six or seven month and prepare to play our best in the most important games afterwards. The playoff is the main part of the season. We are all here to win the Cup. I personally always enjoy playing in the playoff. For me, that part of the season is much more important than the regular season.”

“In the last playoff series with Salavat, I didn’t score a single point,” he continues. “But back then, my whole season had its ups and downs. This year I’m playing with more stability and hopefully I’ll be able to play that kind of hockey in the playoff too. The same can be said about the whole team. I mean, we’ve been among the leaders for almost the whole season. We can achieve a lot this year.”

Sedlak currently holds the record for the most single regular-season goals for Traktor in the KHL, having scored 23 goals in the 2019-2020 campaign. However, this year, Nikita Tertyshny and Teemu Pulkkinen have already netted 22. “That’s what records are for, to break them. Traktor still has a few games left in the regular season. I don’t know if we’ll play them or not, that’s up to the league. But I hope that both Nikita and Tema will surpass my achievement. I’ll be very happy for them. The fans will also be excited to see it.”

The forward was also among the players selected to play at the then-cancelled 2022 Fonbet KHL All-Star Game in Chelyabinsk. “It was sad news for me,” he says. “I was really looking forward to playing there in front of my fans. But hopefully the next season will be successful for me, too, and I’ll be selected again.”

“During the season you feel tired all the time, and this year, in addition, the schedule is particularly heavy,” Sedlak starts his talk about his free time. “Often, you just don’t have the energy to do anything in your spare time. So, you just try to relax, get a massage, or stay home. Besides, I play PlayStation with the guys from the team. I don’t go out that much — I’m not the type of person who likes to look at the sights. But I do like to walk around Gagarin Park, and I have a few favorite restaurants in Chelyabinsk as well.”

To remain in more lighthearted topics, Hyka often dances before his games with Traktor. “I’m not going to join him,” Sedlak laughs off. “It’s too much for me!”