A 3-1 win at SKA enabled Ak Bars to confirm a top-eight finish in the Eastern Conference in Tuesday’s big game. Elsewhere, Vityaz snatched a last-gasp equalizer at home to Severstal but lost out in overtime.

The visitor had missed the chance to secure that playoff spot when it down 2-4 at Admiral last week. And Dmitry Kvartalnov made seven changes to that team, scratching Steven Kampfer and welcoming Dmitry Voronkov, Alexander Burmistrov and Nikita Dynyak from injury.

Ak Bars demonstrated some great scoring efficiency in the first period, getting two goals from just four shots on target. Par Lindholm opened the scoring in the fourth minute, finishing his solo rush with an emphatic shot past Lars Johansson. Then, late in the frame, Dynyak benefitted when Artyom Galimov’s shot was deflected into his path; Johansson, wrong-footed, could not recover in time to protect the open corner as the visitor regained the lead. 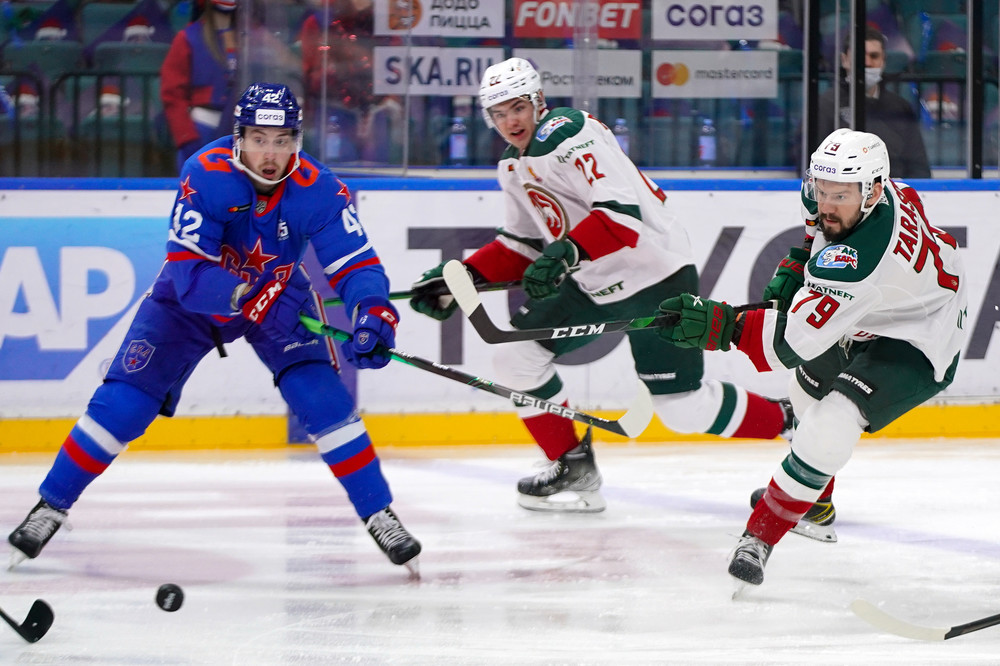 In between, SKA tied it up through Nikita Gusev. His ninth-minute effort from the blue line looked harmless enough but somehow looped its way through the defense and got inside Igor Bobkov’s near post. It said much about the scarcity of scoring chances that Gusev’s goal came from SKA’s first attempt on target; in total the teams shared just 11 shots in the first period.

The middle frame saw even less action for the goalies. SKA was limited to just two shots at Bobkov as Ak Bars produced a defensive master class to preserve its lead. At the other end, Johansson was also rarely troubled, making five saves in the session.

The third period began with a flurry of activity. A defensive error by SKA enabled Lindholm to get the puck to the slot where Jordan Weal should have done better than shooting over the bar. The home team looked to capitalize on that reprieve and went down the ice to put the puck in the net. Vladislav Tsitsyura’s effort was stopped by Bobkov, but Evgeny Ketov followed up to stuff it home. However, Ak Bars challenged the call and the review whistled the play down for interference on the goalie. After that, though, the teams resumed their defensive style. Ak Bars showed great game management to frustrate the Army Men, and Weal’s empty net goal set the seal on the win.

There was late drama in Podolsk, where Vityaz tied an incident-packed game with just 10 seconds left on the clock. However, Severstal would not be denied the verdict and grabbed a winner early in overtime to move level on points with fourth-placed CSKA.

Vityaz, looking to bounce back from a 1-4 loss at home to Avangard last time out, avoided a repeat of the slow start that cost it against the Hawks. The host largely stayed out of the box in the first period and took the lead through Vitaly Popov’s goal after 15 minutes. Severstal shaded the play in the opening stanza but was unable to find the net.

In the second period, Vityaz sought to seize the initiative. The home team dominated much of the action, outshooting Severstal 17-5, but gave up the only goal of the session. Yegor Morozov’s effort, against the run of play, brought the visitor level. It also gave Morozov his third goal in four games. 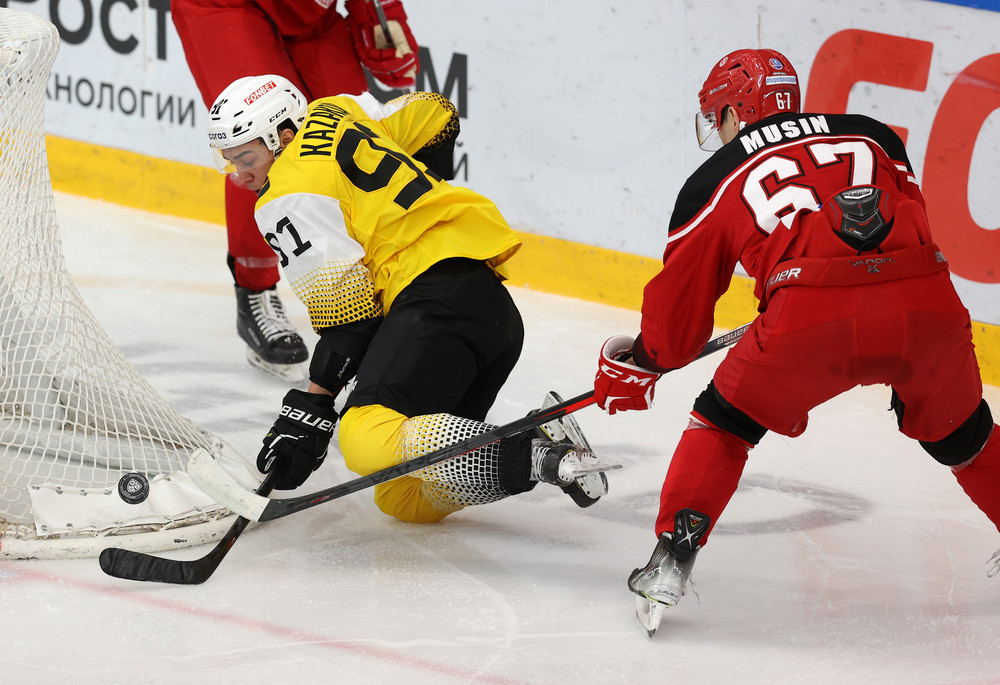 Early in the third, Severstal went in front for the first time thanks to Daniil Vovchenko’s goal. Netminder Igor Saprykin won’t want to see this one again: he lost track of a fairly innocuous effort from Ilya Khokhlov, and Vovchenko was alert enough to sneak in and steal the puck from behind his back to score.

Vityaz had a great chance to tie it up soon afterwards when a defensive error sent Niko Ojamaki through for a one-on-one. Robin Press tracked the free-scoring Finn and had to foul him twice to halt his advance. Ojamaki had a penalty shot, which he failed to convert, while Press also sat out a minor for holding.

Salvation came with 10 seconds on the clock as Ivan Zinchenko snatched an equalizer for the home team. But the joy was short-lived: the first minute of overtime saw Nikita Guslistov get the winner for Severstal.