Dinamo Minsk moved up to seventh in the West after twice coming from behind to defeat Vityaz. Three goals in the third period saw the Bison home as they made it two wins from three games.

Vityaz was quick to get in front, with Niko Ojamaki opening the scoring on the game’s first power play. The KHL’s leading goalscorer moved to 24 for the season when he raced onto Daniel Audette’s pass and swept a wrist shot past Patrik Rybar in the visitor’s net. The home team had a chance to extend its lead when it got a 5-on-3 power play late in the session, but Dinamo held on and it remained 1-0 at the first intermission. 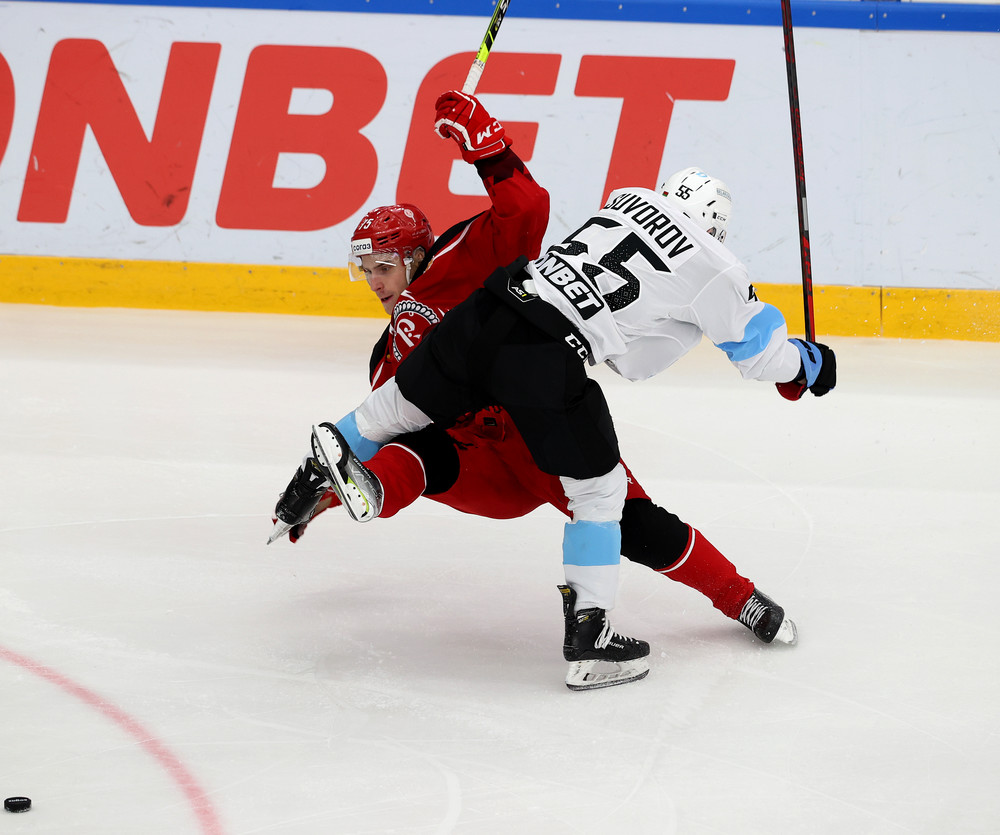 Dinamo tied it up at the start of the second period, with Taylor Beck firing home from the top of the circle just as his team’s power play was coming to an end. The response was immediate, as Kirill Rasskazov put Vityaz back in front when he finished off Stepan Starkov’s feed following an odd-man rush. Midway through the session, Dinamo drew level once again when Malte Stromwall potted the rebound after Beck fired against the piping.

The visitor dominated much of the second period and continued to press in the third. In the 49th minute, Dinamo went in front for the first time. Denis Mosalyov forced a turnover as Vityaz struggled to clear its lines, then he set up Mattias Tedenby for a vicious wrister that gave Ilya Ezhov no chance. Then the Swede turned provider, exchanging passes with Kirill Voronin as the latter made it 4-2. Voronin went on to have the final word when he scored an empty net goal to seal the deal for the Belarusians.