Michkov leads the way — the KHL week in review

Euro Hockey Tour action this week saw plenty of young Russian players get their first taste of international hockey — and Matvei Michkov immediately made a spectacular impact. Elsewhere, there’s a new format in place for the All-Star Game, and KHL.ru is taking a look at Russia through the eyes of our foreign players.

The first international action of this Olympic season saw the arrival of a new star for team Russia. Matvei Michkov belied his youth to set records at the Karjala Cup in Helsinki. The SKA forward made his debut on Thursday, aged 16 years, 11 months and two days, setting an all-time Russian and Soviet record. He’s in great company, beating Alexander Ovechkin’s record from 2003 and Vladislav Tretyak’s all-time record dating back to 1968. Those two legends were the only two Russians to take their international bow aged 17, and they were joined by another 17-year-old, Nikita Chibrikov, at this tournament. Michkov, meanwhile, went on to become Russia’s youngest international scorer with an audacious lacrosse-style goal in Saturday’s 2-4 loss against Sweden and added another as a young Russian side signed off with a 5-2 win over the Czechs on Sunday.

Russia had two senior international teams in action this weekend, with the first time in Euro Hockey Tour action in Finland while the ‘B’ team took part in the Deutschland Cup in Krefeld. Both rosters were comprised of youngsters: the Karjala Cup line-up’s oldest player was 25-year-old Alexander Yelesin, with about half the roster aged under 20. In Germany, too, it was a highly experimental line-up sent to gain experience of adult international play. As a result, neither team was close to winning its tournaments. The seniors, who also had to contend with the loss of consultant Oleg Znarok before the tournament and the sudden departure of acting head coach Oleg Bratash during the weekend, finished third from four teams. Sweden defeated Finland in the tournament decider on Sunday evening. The ‘B’ team came fourth in Germany after defeats against the host nation, Slovakia and Switzerland. 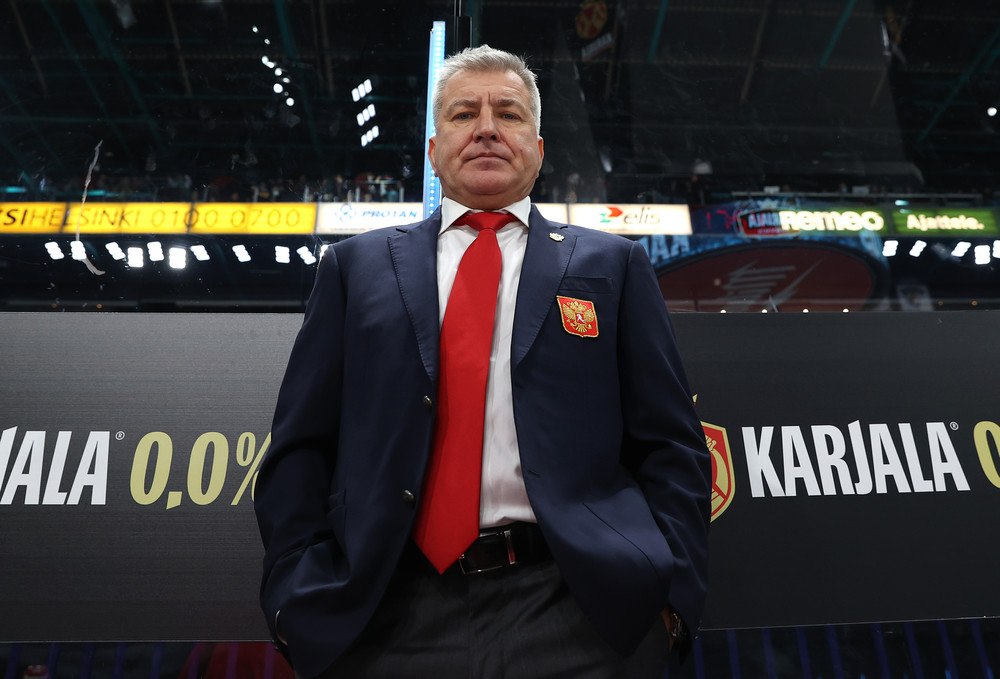 Even though several of Russia’s top teens were in action for adult teams this weekend, the U20s coped admirably without them. The team travelled to Sweden for a four-team tournament and took top spot with three wins from three games. Sunday’s 5-2 victory over the host completed a good weekend’s work for the next generation of Russian stars. 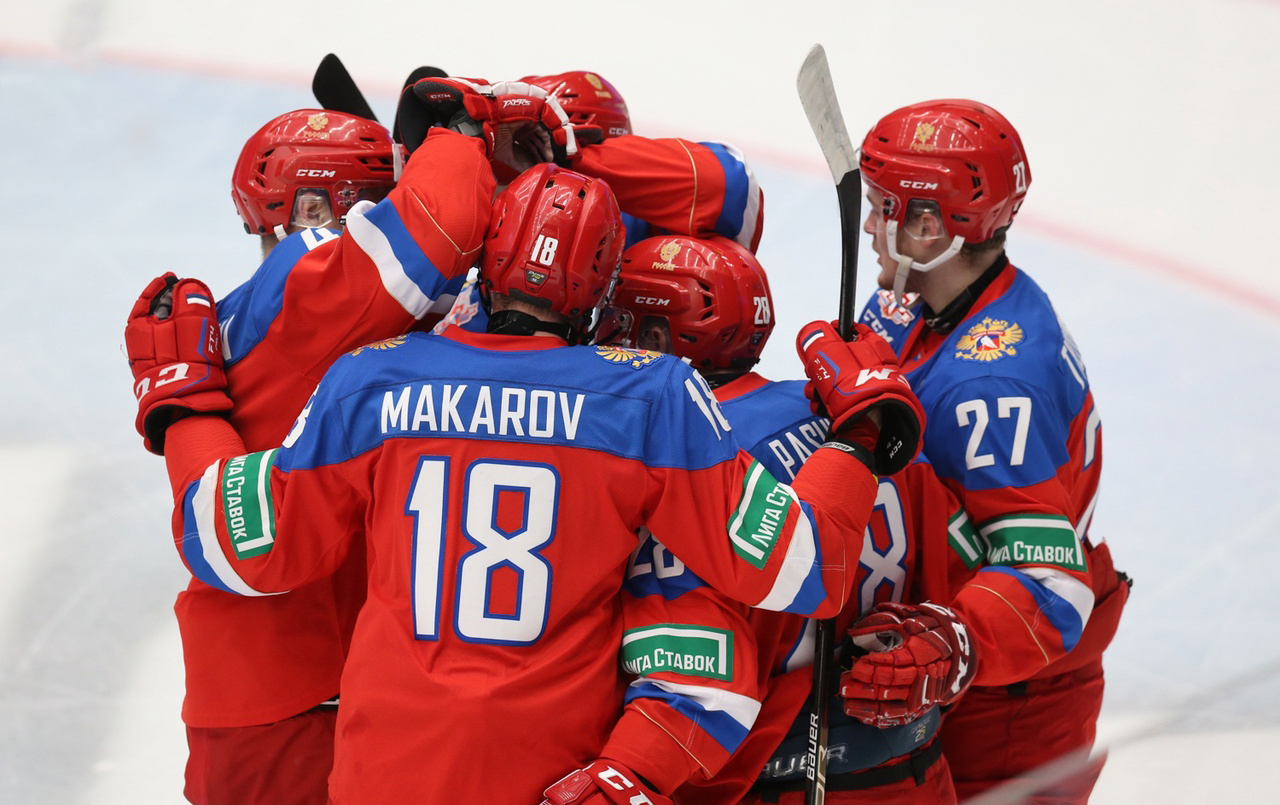 The view from abroad

KHL.ru’s new project, ‘Imports’ offers a unique look at life in Russia through the eyes of the international hockey stars who have made our country home. Episode one, available on the website now, feature Avangard’s Canadian forward Corban Knight exploring an alternative view of life in Moscow — delving beyond the familiar stereotypes to take a broader view of Russia and its hockey scene.

Kunlun Red Star goalie Alexander Lazushin played his 300th KHL game on Saturday — and it was a busy one! The netminder stopped 56 shots to set a new club record, overtaking the 52 stops made by Dmitry Shikin last season. However, his heroics could not save his team from a heavy loss as Arseny Gritsyuk led Avangard to a 5-0 win.

Red Star captain Brandon Yip has established himself as something of a poster boy for Chinese hockey in his time with our Chinese franchise. Now, less than three months until the Olympics come to Beijing, he’s preparing to lead his ancestral homeland into unchartered territory as the People’s Republic prepares to make its Olympic debut. While that’s a huge personal honor, Canadian-born Yip told KHL.ru how it’s also a unique opportunity to create a lasting sporting legacy.

“It’s so much bigger than any one person in this program,” he said. “It’s more for somewhere down the line — if I turn on the TV 20 years from now and I see Team China at the Olympics, not as the host nation, for example. If I see a Chinese player getting drafted into the NHL ... and they’re like ‘In 2022 I was five years old and watching Team China play at the Olympics,’ then I think we’ve all done our jobs.”

Voting is underway to select the players who will appear at this season’s KHL All-Star Game in Chelyabinsk. And this year, there’s a new format for the tournament. The four-team battle remains, but instead of representing each of the four divisions of the KHL, this time the players will be divided according to geography. Four representative line-ups — Russia, Scandinavia, North America and Eurasia — will compete at the big show in January. Early voting has goalies Eddie Pasquale (Lokomotiv and North America) and Alexei Kolosov (Dinamo Minsk and Eurasia) out in front.

Fan poll: pick your favorites for the All-Star Game in Chelyabinsk

After a week away, the KHL is back in full this week. Among the highlights, Ak Bars head coach Dmitry Kvartalnov is gunning to be the first man to win 500 games in the league. He could achieve that on Tuesday against Spartak Moscow. 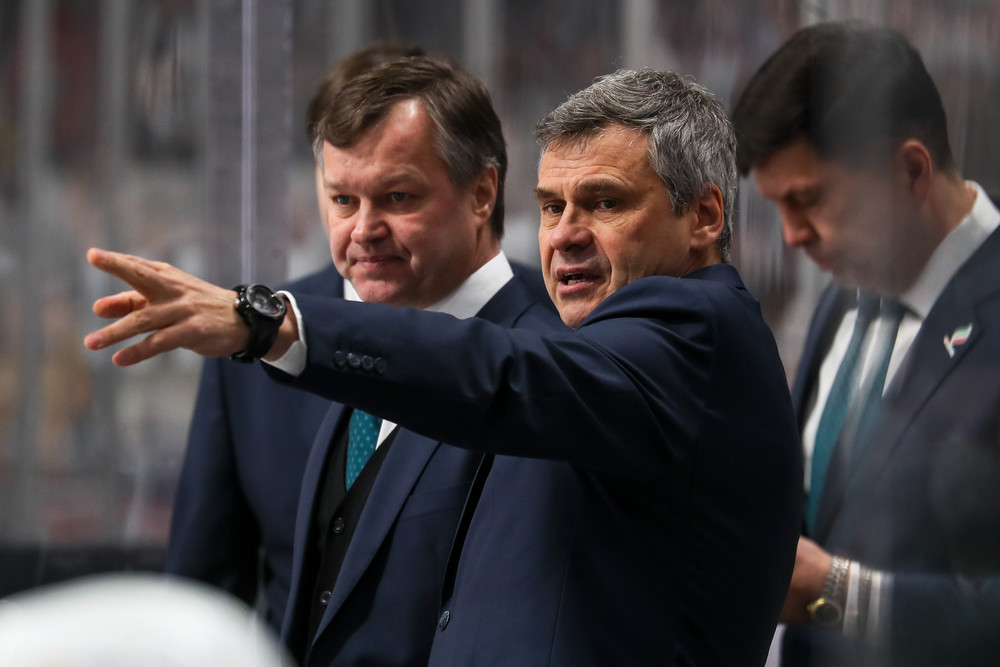