Avangard overwhelmed Red Star in this re-arranged clash, dominating the game from start to finish as it recorded a comfortable victory.

Visiting goalie Alexander Lazushin was making his 300th KHL appearance, and the home offense ensured it would be a busy day for him. In total, the former Dynamo Moscow and Lokomotiv netminder faced 61 shots, performing creditably to make 56 saves in the face of the onslaught. It was largely down to Lazushin that the teams reached the first intermission with the scoreboard still blank: he got behind 23 shots, while his team-mates mustered just two at the other end. 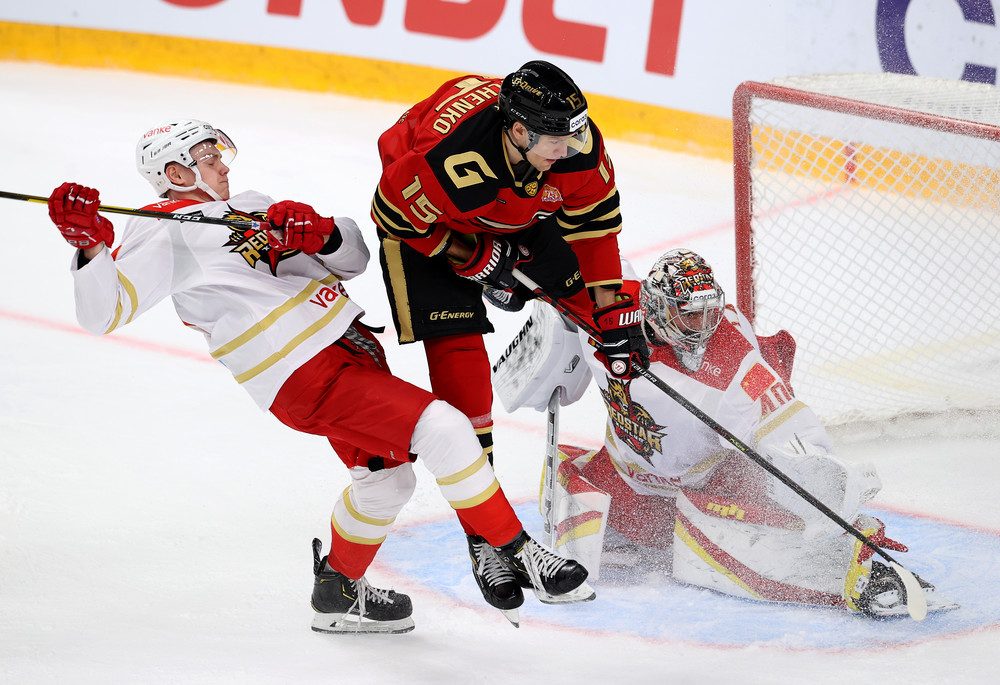 However, the visiting goalie played a significant role as Avangard opened the scoring. Pavel Dedunov was looking to chase down a rebound behind the net and Lazushin caught the forward with a high stick as he rushed past. The subsequent double minor enabled the Hawks to open the scoring when Yaroslav Kosov converted a Nikolai Prokhorkin feed. As that penalty came to an end, another foul meant the Dragons faced almost six full minutes on the PK and the pressure told. Arseny Gritsyuk, fit again, doubled the lead with a vicious one-timer from Corban Knight’s feed.

Gritsyuk struck again at the start of the third before Dedunov — back in action after requiring treatment following the high-sticking incident — made it 4-0. Late in the game, Dmitry Sokolov marked his KHL debut with a goal. The 23-year-old is back with his hometown team this season after six seasons in North America trying to force himself into contention at the Wild, who drafted him back in 2016. Today, he got his chance in the first team after 20 points in 17 games in the VHL, and after spurning a good chance in the first period he pushed himself into the headlines with a 58th-minute goal, picking his moment to unleash a wrister that whistled past defenseman Vic Bartley and found the far corner of Lazushin’s net.