KHL.ru continues its weekly column with the Finnish defenseman, who was the best in his role last week after helping Vityaz winning two games from three.

Valtteri Kemilainen is currently the fifth defenseman in scoring , with a loot of 17 (4+13) points produced so far for Vityaz. However, he played significantly fewer games than the others. For example, fourth in the rankings is CSKA’s Nikita Nesterov, with 18 (2+16) points. However, the Armyman played ten games more than Kemilainen. Vityaz is currently the eleventh seed in the Western Conference; however, they have recently improved their record, especially last week. Vityaz won two games from three, and Kemilainen amassed 7 (2+5) points, being awarded Defenseman of the week for his efforts.

Valtteri Kemilainen was born on Dec 16, 1991, in Jyvaskyla, a city in Central Finland about 170 miles north of Helsinki. Jyvaskyla is also a famed hockey town, with several players hailing from there and lining up for different players in our league, including goalie Ari Ahonen, defenseman Mikko Luoma, and forward Juha-Pekka Hytonen.

Kemilainen started playing for the local Diskos junior team, then moved to JYP, the top-flight team in Jyvaskyla. With JYP, Kemilainen won the U20 Finnish championship in 2011, then had his Liiga debut in the 2014-2015 season. The defenseman had an excellent start with JYP, helping the Jyvaskyla side win Liiga’s bronze medal that same year. However, after amassing 25 (8+17) points in 2015-2016, he moved to Tappara in the 2016 offseason.

In Tampere, Kemilainen had more club success, and in five seasons, he won a complete set of medals, including helping Tappara claim the Liiga title in 2016-2017. That year, he led all the Liiga defensemen in playoffs scoring and assists. Kemilainen also won silver and bronze medals with Tappara in the next two years.

Emerging as one of the league’s top defensemen, Kemilainen was called to the Finnish national team for the Euro Hockey Tour stage, and had his first showing in Russia, representing Suomi at the 2019 Channel One Cup in Moscow.

After spending five seasons in Tampere, Kemilainen signed a one-year deal with Vityaz of the KHL. In the Moscow Region, the defenseman could count on an excellent Finnish contingent, playing alongside KHL veteran Miro Aaltonen and Niko Ojamaki — also at his first experience in Russia. The trio has been highly successful for Vityaz. Kemilainen is one of the top-scoring defensemen in the KHL, Ojamaki is leading the league with 15 tallies, and Aaltonen is scoring at a point-per-game pace, with 22 (5+17) points in 22 matches.

The Finns production is even more impressive if considering that both Kemilainen and Ojamaki never played in the KHL — although they played together for three years in Tampere. The defenseman is at his first experience abroad, while Ojamaki lined up for Linkoping of the SHL in 2020-2021.

Quite puzzlingly, despite his excellent stats, Kemilainen never made it to the IIHF World Championship with Team Finland. However, things may change this year. Kemilainen is certainly one of the best KHL defenseman right now, and if he keeps this pace, he will get more consideration. In 2022, the IIHF WC are to be held in Finland — in Tampere and Helsinki — thus Kemilainen may get a chance to represent the Leijonat on home soil. Reaching the playoffs for Vityaz may be a good start to achieve this goal. 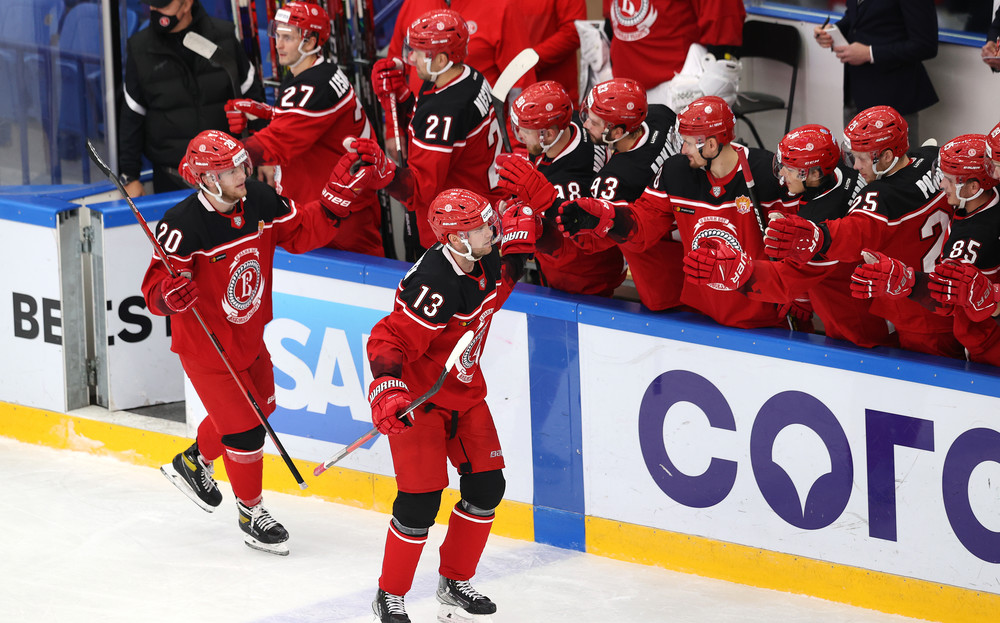