Marat Khusnutdinov: “I developed practicing with Gusev and Kucherov”

SKA’s forward told KHL.ru about practicing with Nikita Gusev and Nikita Kucherov, playing in a new position, and expectations from his second WJC.

Marat Khusnutdinov had his KHL debut last year, then he represented Russia at the 2021 WJC in Alberta and played for the national senior team at the Euro Hockey Tour level. However, there he picked up a shoulder injury that kept him off the lineup for six months. Once he recovered, he showed that he was fully healed right away. Moved to the wing, he scored 4 (1+3) points in the first three games in the new season and was awarded Best Rookie honors in the first week of action. Later, he scored SKA’s lone goal in Oct. 5 St. Petersburg’s win against Lokomotiv for 8 (3+5) goals in 14 games played so far.

“We worked hard to have a good start of the season,” he said. “To be honest, we were expecting such a result. And I was expecting the same from myself.”

Naturally, for young players, the Rookie of the Year award is always a goal. “I think that winning the Alexei Cherepanov award would be my second goal of the season — after winning the Gagarin Cup. Winning it would be amazing.”

In 2020-2021, Khusnutdinov lined up in 12 contests for SKA, recording two helpers. Fast forward a year later, he’s a different player. “I played with different speeds on my first season. I had my debut, I played a few games, then I picked up an injury,” he explains. “As I was healing it, I spent a lot of time with analytics. I had an excellent chance to study and understand my game better. I started the pre-season camp with a different mindset. I tried to improve my game in any aspect. When I was injured — especially so in the first month — I had nothing to do. I studied how I could improve my game on offense and defense. I watched a lot of games, and I followed SKA during the playoffs.”

Injuries are always a challenge for any athlete. “It was terrible. I wish no one to have such a problem. However, you always need to find positive aspects. I had plenty of time to take care of myself, and watched a lot of hockey. I think I had a good rehabilitation process.”

Moreover, it wasn’t Khusnutdinov’s first serious injury. “I broke my collarbone in 2018. However, it was easier. You get a plate, it grows on it, and you can start playing. Shoulders are more complicated to deal with.”

Despite playing most of his career in the middle, Khusnutdinov was more recently iced by Igor Larionov and Valery Bragin on the wing. “Igor Larionov said that the team will have a good advantage playing with two centers. Fyodor Svechkov and I can both get back if there is such a need. Initially, it felt a bit out of place, but now I’m used to playing on the wing. As Larionov says, it’s not important where you play, but how. I can’t really complain; everything went well.”

Khusnutdinov’s first coach was Gennady Kurdin, the same coach that developed Nikita Kucherov, Nikita Gusev, and Igor Ozhiganov, among the others. “I have to thank him because he taught me how to use my smarts in my game. He had us making so many exercises, and now I can take good and creative decisions.” As many other older coaches, Kurdin always asked his players to play other sports to develop a fresher mind. “We often played football and basketball. Also, we played a lot of handball. The playing court there is not as big as in football. It’s helpful to develop your arms, having your legs running, and your mind has to work hard to find a way.” Despite being successful even in other sports, however, Khusnutdinov never thought about a change. “I always had excellent results in any sport, but hockey always was the number one for me. I never even thought about it. I still enjoy basketball and football, but it’s just entertainment.”

As one can guess, Kurdin often shows his players his most successful products. “He’s showing all the time how Gusev plays with the man advantage,” Khusnutdinov confirms. “He also showed us how Kucherov plays this or that situation. Moreover, Gusev, Kucherov, and Ozhiganov quite often came to our academy after the season. They skated with us and talked with Kurdin.” Seeing these players in real life was a plus for Khusnutdinov and his teammates. “We had a chance to understand what kind of player Kurdin raised. They practiced with us and had some 2-on-1 exercises, for example. And at the highest level! This, naturally, helped all of us.”

Later in his career, Khusnutdinov rejoined with Ozhiganov, who is now an alternate captain for SKA. “I think he couldn’t understand at first who was who... we were like 50-60 little kids. However, we started getting to know each other as he came each year. We had known each other for some time already when I joined SKA.”

Later this winter, the forward will have a chance to play his second WJC after returning home with no medals last year. “I can’t wait for the start of the pre-tournament camp,” he says. “I really want to rehabilitate after last year. We know where to work on, but I am not going to tell all of our secrets.” He’s likely to be one of the leading players in the team, having already past WJC experience. “I was a captain for my whole career since my childhood. It won’t be a problem.”

Last year, Khusnutdinov moved from Vityaz to SKA. “I think that SKA has the best system overall in Russia. It helps players developing to their fullest. Moving to St. Petersburg was the right thing to do.” Vasily Podkolzin’s example — he also moved from Vityaz to SKA — helped him make a decision. “We long talked about SKA and its system. This definitely pushed me toward St. Petersburg.” He also explained why he decided to leave Vityaz and move to a bigger club. “The best thing to do to keep on developing is getting out of your comfort zone. Moreover, there’s plenty of things here with SKA that I couldn’t take advantage of with Vityaz. Development coaches, trainers, for example. I’m not even starting to talk about the Hockey City complex. I think that everyone understands that there’s no other similar facility in Russia.” 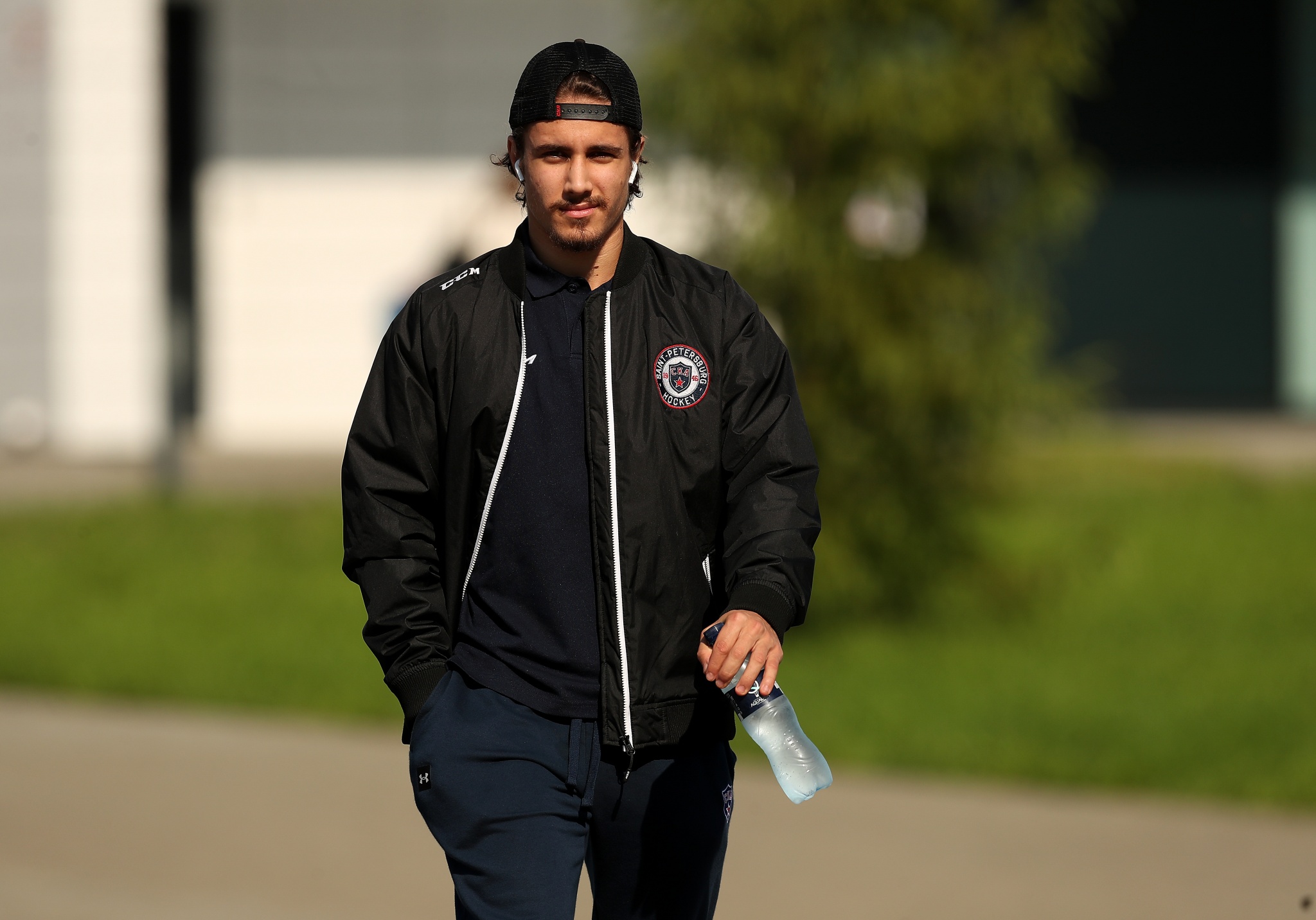