It was all about the coaches in last week’s KHL action. Alexei Kudashov recorded his 24th successive win behind the bench to set a new league record, while two clubs replaced their head coaches after indifferent starts to the season.

Dynamo Moscow’s Alexei Kudashov set a new winning streak of 24 games as a head coach in the KHL. His eight-game winning streak at the start of this season took him past Oleg Znarok’s tally of 23. As it happens, Kudashov has plenty in common with Znarok. He wore the ‘C’ on the Dynamo team that brought Znarok his first Gagarin Cup and then followed in his footsteps as head coach of SKA and now Dynamo. And his 24-game streak was divided between those two teams: Kudashov was not active in the KHL last season and finished the COVID-curtailed 2019-2020 campaign at SKA with 12 successive victories in the regular season, followed by a sweep in the first round of the playoffs.

However, Kudashov’s winning start to 2021-2022 ended after eight games when Dynamo suffered a 2-4 loss at Torpedo. That was the last unbeaten start to the campaign, with Salavat Yulaev suffering a 1-2 reverse at Severstal on Tuesday. Vadim Shipachyov’s scoring streak continues: he picked up an assist in the Torpedo game and has at least one point from each of his nine appearances this season.

Those losses mean that Jokerit currently enjoys the longest winning run in the KHL. The Finns have picked up nine straight successes after losing its first two games of the season at Ak Bars and Neftekhimik. The winning run brought 36 goals for Lauri Marjamaki’s men and lifts them to the top of the Western Conference.

Part of that success is down to the bright start from new signing Kalle Kossila, who was named forward of the week for the second week of the season. Now he’s looking to continue his acclimatization to the KHL — and plotting a charm offensive for Russian officials.

Talking about how to fill in the time of the long flights that every player in this league has to endure, Kossila joked with KHL.ru: “I might even start learning some Russian soon ... I think it would be fun to be able to talk back to the referees in the face-offs, so they might like me a bit more and not throw me off.”

David Nemirovsky’s Torpedo team has picked up a reputation for playing attractive hockey — and upsetting the odds. This week’s win over Dynamo was just the latest example of how the team from Nizhny Novgorod delivered a surprise result. The head coach told KHL.ru how he tries to empower his players to be creative in an exclusive interview.

“I stress to always think the game — both on the ice and even on the bench. I’m always harping on at [the guys] to be thinking, always trying to be a play ahead. Honestly, it’s also about not being afraid. There will always be mistakes, hockey’s a game of mistakes. When you’re trying to develop a player’s confidence and creativity you need to try to facilitate and open up. There are different ways of reacting when mistakes happen.” 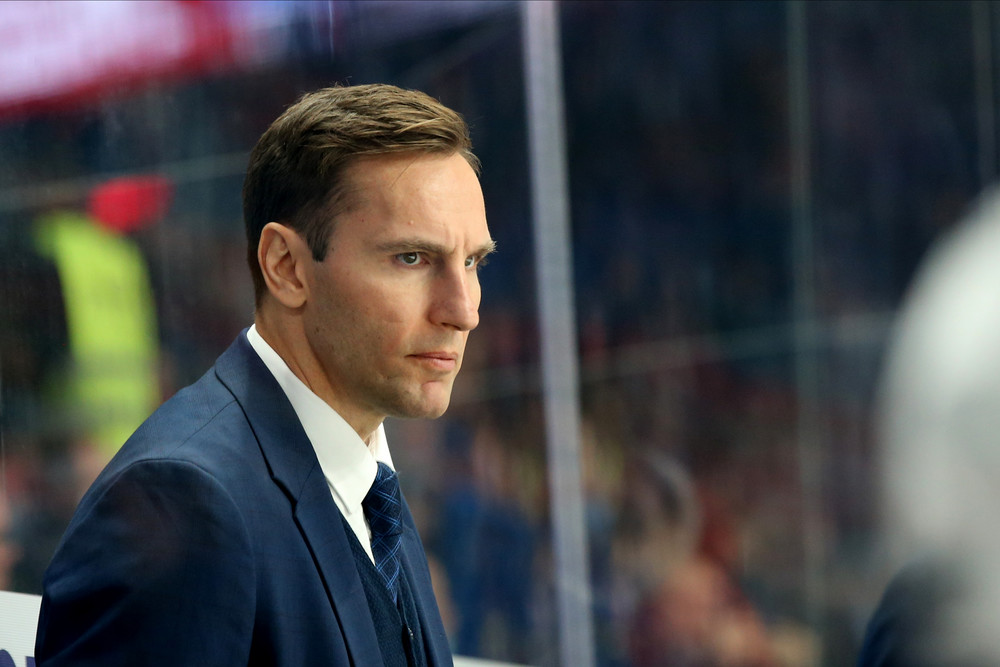 Former CSKA head coach Igor Nikitin is the new man behind the bench at Lokomotiv following the dismissal of Andrei Skabelka after nine games of the season. The Railwaymen were expected to be among the leaders this term after a big summer recruitment but struggled for consistency in the first month of the campaign. As a result, Skabelka was dismissed and Nikitin, who led the Army Men to the 2019 Gagarin Cup, will take charge for the first time today — ironically against the Avangard team that denied him a repeat title in last season’s final. 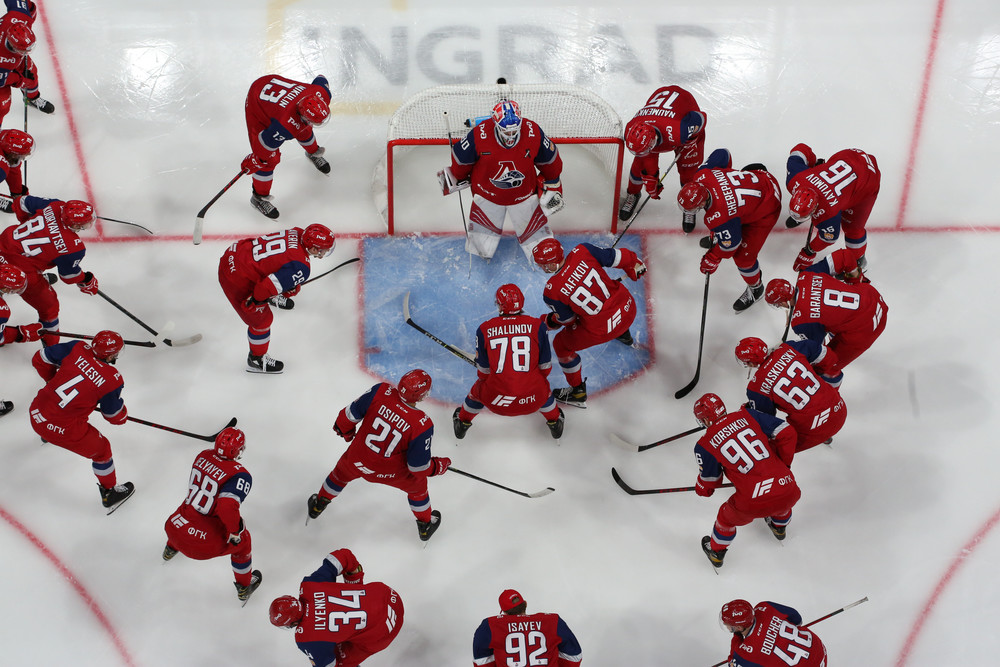 Kravets takes over at Amur

Skabelka was not the first coach to lose his job this season, though. The ‘winner’ of that unwelcome prize was Amur’s Vladimir Vorobyov, replaced by Mikhail Kravets ahead of the team’s current road trip. Kravets secured the team’s first win of the season at Kunlun Red Star on Thursday, lifting the Far East club off the foot of the league standings, but suffered a 1-4 loss at his former club Vityaz in the next game. 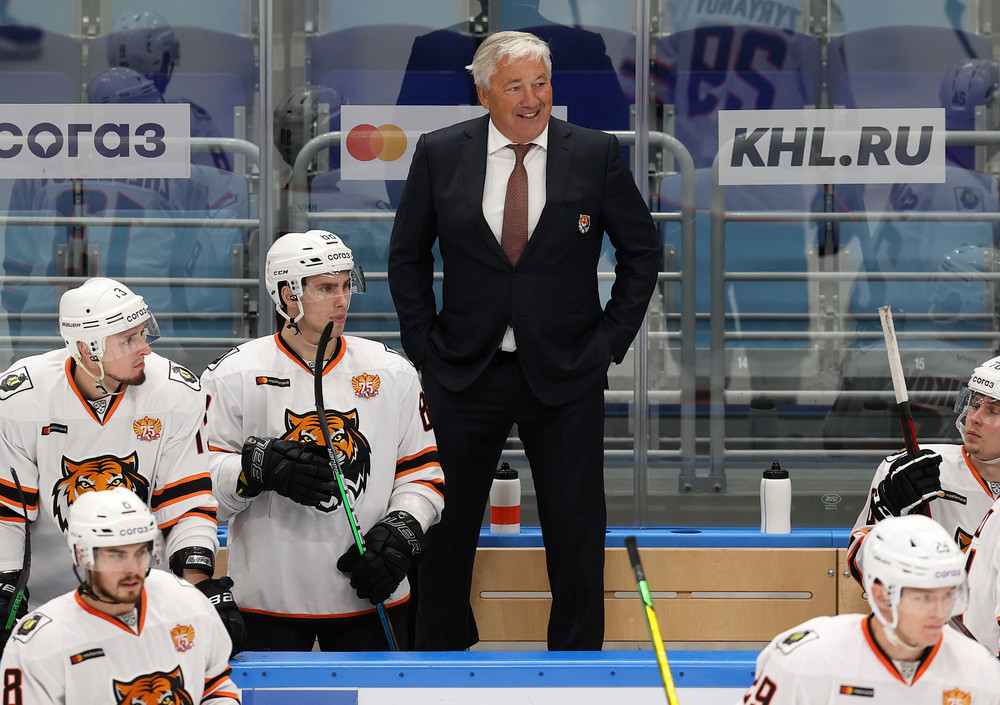 Remember Nikolai Goldobin? CSKA got a dramatic reminder of its former forward at Metallurg on Saturday. The 25-year-old, who previously spent time with Vancouver and San Jose in the NHL, opened the scoring in Magnitka’s 4-0 victory with an audacious play. Not content with making Nikita Nesterov and Artyom Blazhiyevsky look like rookies, he produced a fantastic ‘through the legs’ finish. Rubbing salt into CSKA’s wounds, another former Army Man, Brendan Leipsic, potted the fourth and final goal in the win.

The Women’s Hockey League started last week with a rush of goals in its opening game. Biryusa made the most emphatic start, winning back-to-back against SKSO by an aggregate score of 16-3. Dynamo Neva also has two wins, defeating newcomer Beliye Medvedi Chelyabinsk 8-0 and 4-1. Defending champion Agidel started with a 5-0 win over KRS Vanke Rays, but the new-look, Chinese-only roster bounced back to win in overtime in the rematch. The second new team, Yaroslavl’s Ledyaniye Krylya, suffered two defeats against 7.62, but took its second game to overtime. 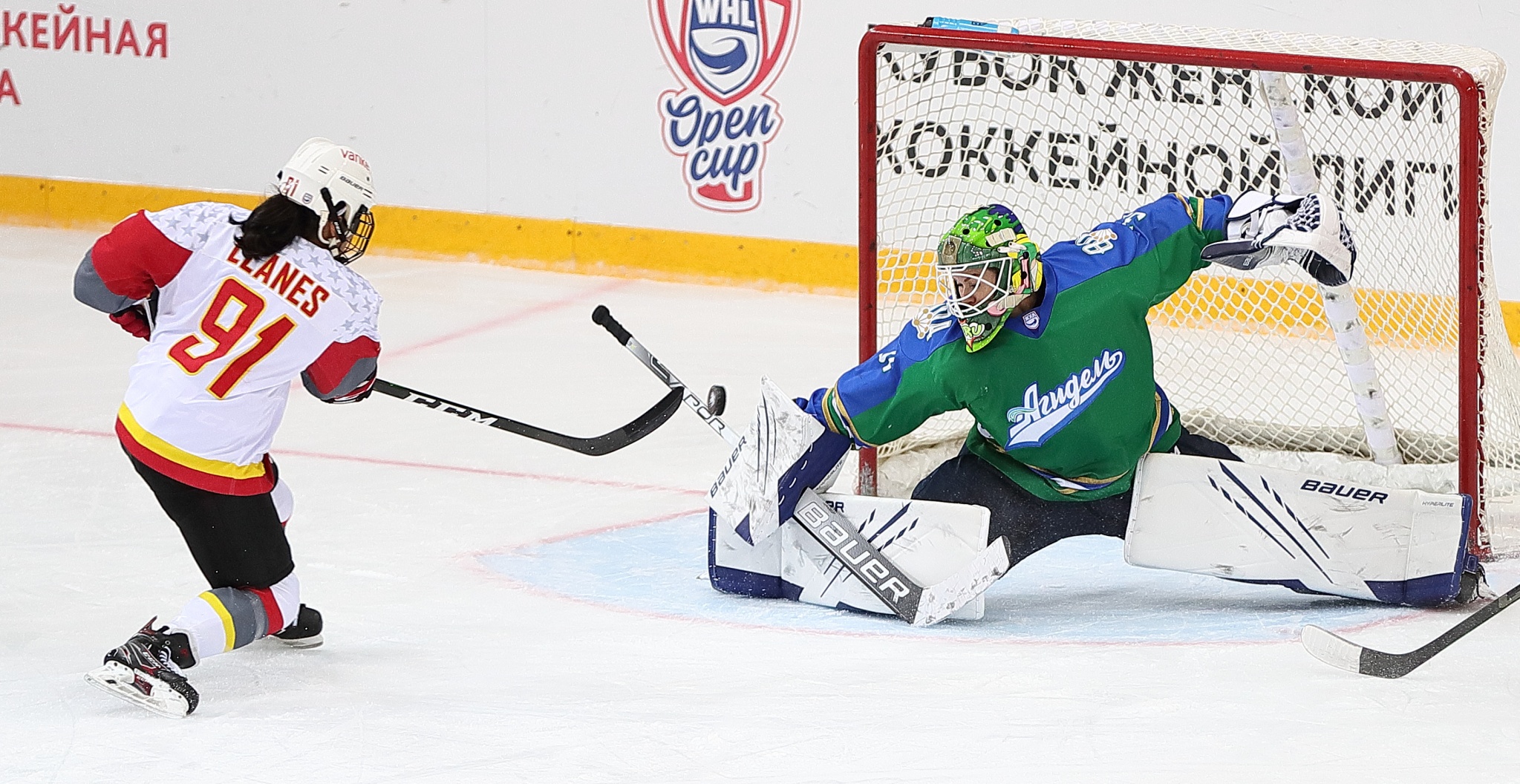