It’s six wins on the spin for Metallurg after a 3-1 success at Sibir today. Ilya Vorobyov’s team now tops the Eastern Conference, albeit from a game more than Salavat Yulaev. Vityaz snapped a seven-game losing streak with a 3-2 verdict at Lokomotiv and Avtomobilist recorded its first home win of the season with a 7-3 success over Dinamo Minsk.

Six in a row for Magnitka

Metallurg recorded its sixth successive victory as Sibir’s struggles continued. The home team was looking to build on a narrow victory over Kunlun Red Star, which snapped a three-game skid, but found in-form Magnitka too strong.

The visitor got its first win here since 2017 thanks to a trio of goals in the third period. And that trio featured something for all tastes: short-handed, power play and equal strength markers. Sibir would relish that kind of flexibility from its special teams: at present it has the weakest power play in the KHL, and spurned three more opportunities with a man advantage in the first period here. Indeed, Sibir might have allowed a short-handed tally in the opening session, with Maxim Karpov breaking clear in the last minute and shooting against the crossbar. 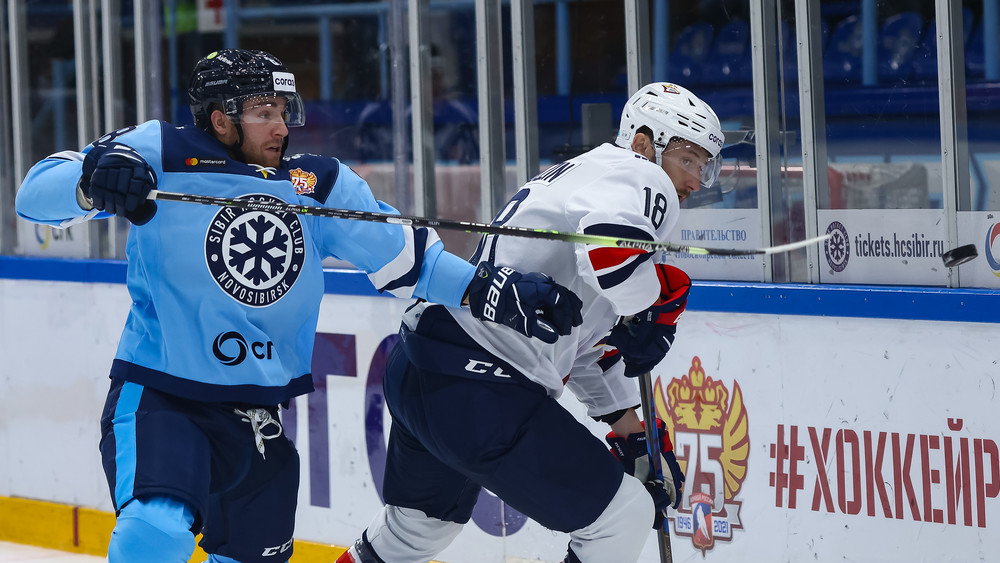 It was a warning shot, and Metallurg got that short-handed goal shortly after the intermission. Anatoly Nikontsev led the counter-attack and punished Anton Krasotkin when the goalie lost track of his position. Krasotkin was a surprising inclusion in the Sibir line-up ahead of Harri Sateri, who had a shut-out in his previous game, and he was soon beaten again as the home team visibly lost heart. Andrei Chibisov overpowered Andrei Yermakov and fired home with the teams at equal strength. All that remained was the power play effort, and Nikita Korostelyov duly obliged in the 37th minute when the home PK embarked on a rash attempt at a breakaway and got caught out.

The only glitch for Metallurg was Nikolai Goldobin’s ejection from the game for kneeing Nikita Yefremov late on. The major penalty brought a long-awaited Sibir power play goal, converted by Alexei Kruchinin. It was too late to save the game, but at least gives the home team some hope that it’s special teams might be making progress.

Avtomobilist ended its home hoodoo in some style with a high-scoring win over Dinamo Minsk. The visitor arrived in Yekaterinburg boosted by a 5-0 success at Traktor, while Avto had only just picked up its first point on home ice in an overtime loss against CSKA. But after the first half of the game proved evenly matched, the second saw the home team pull away.

However, the home fans had to endure some anxious moments along the way, and none more than when Alexander Suvorov fired Dinamo ahead in the third minute. That was the 18-year-old’s first KHL goal, but it was quickly cancelled out by Sergei Shumakov. Avto gradually took control, with Stephane Da Costa drawing a good save from Alexei Kolosov before Nikita Tryamkin and Pavel Kulikov opened a 3-1 lead midway through the first. 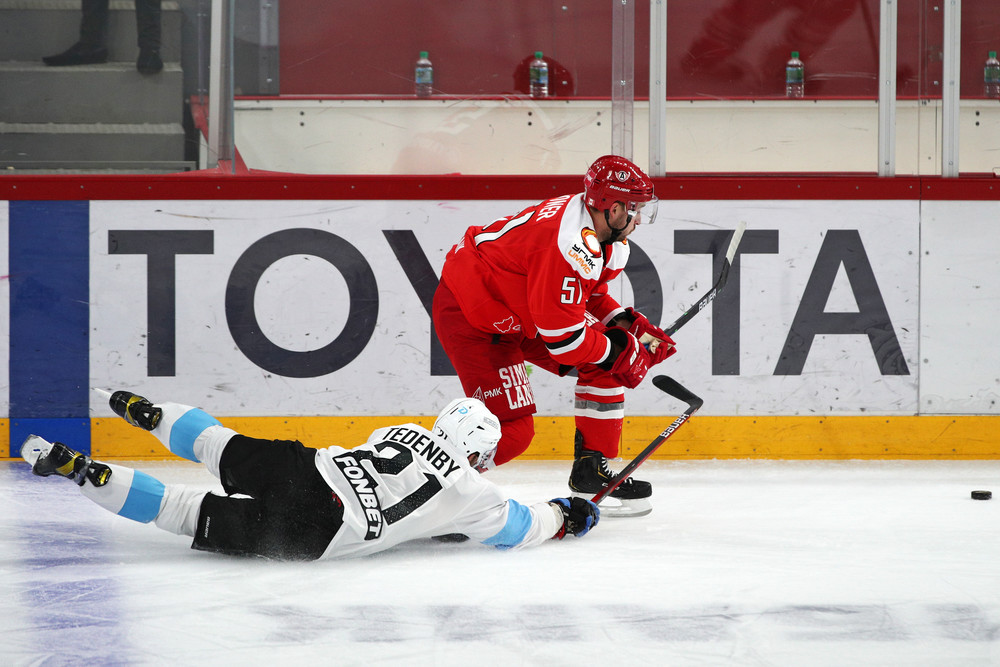 Dinamo, though, had a riposte ready in the second period. Seconds after the restart, Mario Kempe scored off a Malte Stromwall assist. Then Mattias Tedenby scored on the power play to tie the scores and chase Dmitry Shikin from the home net. Swede dreams for Dinamo, but the day threatened to turn into a nightmare for Avtomobilist.

This time, though Bill Peters’ team found a way to reassert itself. At the midway stage, Shumakov got his second of the game to make it 4-3, and a few minutes later Brooks Macek added a fifth. In the third, Dinamo laid siege to stand-in goalie Vladimir Galkin, but found no way through. At the other end, Yefim Gurkin and Alexander Shchemerov ran in two further goals to extend the winning margin to a commanding one.

Vityaz snapped its seven-game losing streak when it held off Lokomotiv to take the points from Yaroslavl. Yury Babenko’s team had not tasted victory since the opening game of its season, but two goals from Niko Ojamaki helped bring that run to an end. For Lokomotiv, meanwhile, an uncertain start to the season continues. The Railwaymen were expected to be among the top challengers this term, but Andrei Skabelka’s team is currently down in eighth place and, on current form, would face a battle to make the playoffs, never mind win them.

Although Vityaz has struggled for wins this season, it has nearly always been competitive. Here, even though Loko had the better of the first period, the visitor managed to get ahead during a 4-on-3 power play. Daniel Audette’s cross-ice feed was perfectly placed for Ojamaki to launch a one-timer from the left-hand dot and leave Eddie Pasquale with no chance.

Lokomotiv’s team talk would surely have focused on trusting the systems that were generating first period chances. Certainly, the second period brought more of the same, with the home team outshooting Vityaz 18-6. Unfortunately, though, that increased offensive activity came after a second goal for the visitor. Loko was close to completing a penalty kill, but just as the box opened, Alexander Yaremchuk fired home Fyodor Malykhin’s feed to the slot.

That forced Lokomotiv to push forward ever harder, and the home team reduced the arrears midway through the frame on a power play goal. Alexei Marchenko’s point shot was redirected by Artur Kayumov and the host was back in the game. This time, though, Vityaz did not crumble. Ojamaki potted his second of the net, again assisted by Audette and the visitor took a two-goal cushion into the final stanza.

That third period saw Lokomotiv dominate completely. The home team led the shot count 19-2 as Vityaz almost disappeared as an attacking force in the game. Defensively, though, the visitor was sound; Ilya Ezhov stopped almost everything that came his way and finished the game with 47 saves from 49 shots. Rushan Rafikov got one through from the blue line with six minutes to play, redoubling home hopes of a revival, but that was as close as Lokomotiv could get.