Scoring records, winning streaks and a $7m payout — the KHL week in review

It was a good week for Dynamo Moscow, with captain Vadim Shipachyov setting a new landmark for KHL assists while his team improved to six successive victories at the start of the season. Salavat Yulaev remains one win ahead with seven successes, while ever-growing interest in the league yielded a best-ever $7 million return for TV and commercial rights.

Dynamo Moscow captain Vadim Shipachyov hit two landmarks last week. He brought up his 750th KHL point and, along the way, completed 510 assists. The latter figure makes him the league’s all-time record holder, overtaking Sergei Mozyakin. The 34-year-old, who made his KHL debut in season one and, apart from a brief spell with the Vegas Golden Knights, has played his entire career in Russia, currently leads the league in points (14) and goals (7). He has picked up at least one point in each of his six appearances so far as Dynamo enjoys its best ever start to a KHL campaign.

Six straight wins for Dynamo is trumped by seven successive victories for Salavat Yulaev. The pride of Bashkortostan is also on its best run from the start of a KHL season — and much of that is down to the revitalized Nikolai Kulemin. The former Leafs and Islanders forward managed just six goals for Metallurg in the whole of last season but has six in seven games since moving to Ufa in the summer. And that form is helping his team lead the table at this early stage.

Long-serving Czech goalie Jakub Kovar announced that he has cancelled his contract with Avtomobilist due to an on-going health problem. The 33-year-old underwent an operation in March, but that injury is unrelated to his decision to step back from the team. The goalie explained that he is now seeking medical opinions about whether he can continue his hockey career, and pledged that he would do everything in his power to return to the game and, ideally, to Avtomobilist, which still holds his rights in the KHL.

Experienced defenseman Mat Robinson, a Gagarin Cup winner with CSKA in 2019, has joined Army rival SKA. The 35-year-old Canadian first appeared in the league in 2013 with Dinamo Riga and has made 500 appearances in total. He also represented Dynamo Moscow before joining CSKA in 2017. He was part of Canada’s bronze medal team at the 2018 Olympics.

TV and commercial rights to last season’s KHL action netted 505.3 million rubles (just under US$7 million) to be divided between the competing clubs, it was announced at Monday’s KHL board meeting. The funds, which will be transferred to the clubs by the end of the month, are allocated based on the demand for TV rights to each team’s games and performances on the ice. This year’s total is almost 40 million rubles more than the previous season. 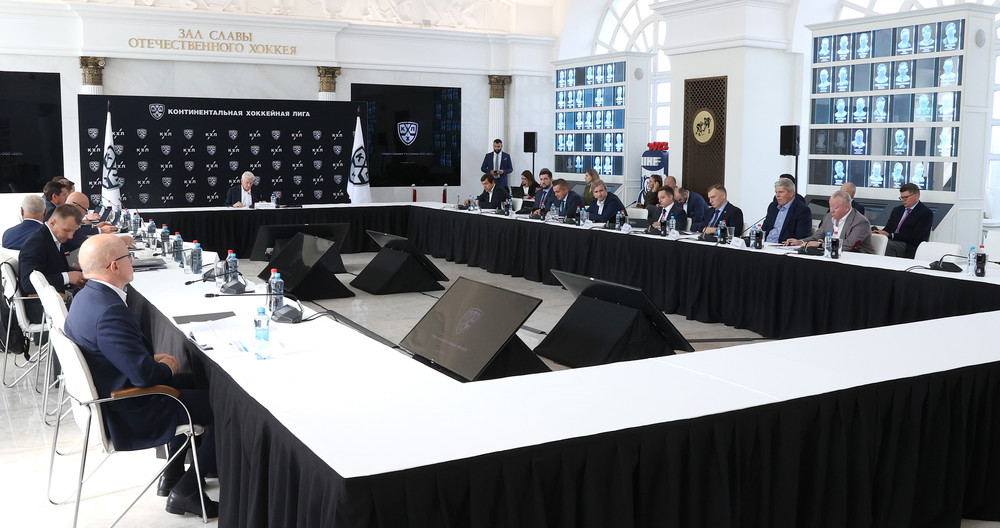 In the Women’s Hockey League, the pre-season Open Cup in Sochi saw KRS Vanke Rays get a measure of revenge for their recent loss in the delayed 2021 season final. The Chinese franchise won all four games to win the five-team tournament, culminating with a 5-2 victory over last season’s champion Agidel Ufa. The contest also involved SKIF Nizhny Novgorod, Russia’s U18s and a China Select roster. Many players from the latter are expected to join the Rays when the regular season starts on Wednesday; it’s hoped that experience in the WHL will help China build a competitive team for the upcoming Winter Olympics.