Dinamo Riga book two points in a thriller at home

Man of the Week: Peter Cehlarik

KHL.ru’s weekly column ’Man of the Week’ kicks off with one of the brightest signings of the recent recruitment campaign, Peter Cehlarik. The Slovak, awarded Best Forward honors at the latest IIHF WC, joined Gagarin Cup reigning champion Avangard.

After scoring 11 (5+6) in just eight games at the recent IIHF World Championship in Latvia, it was pretty evident that Slovak forward Peter Cehlarik outgrew the SHL and would soon sign in the KHL. Avangard looked no further, and signed the productive 26-years-old winger to a one-year deal in Jun. 17 — some two weeks after Slovakia’s defeat to Team USA in Riga, when Cehlarik scored his team’s lone goal in the match. After a good preseason, the forward hit the ground running and had a phenomenal four-point performance in the Opening Cup game when the Hawks downed CSKA 4-0. Cehlarik also scored in Saturday Hawks’ win over Admiral (4-3 SO). The Slovak forward took the KHL by the storm, and it looks like he has all the tools to become a dominant force for Avangard this year.

Peter Cehlarik was born on Aug. 2, 1995, in Zilina, a city in north-western Slovakia some 120 miles from Bratislava, and a hockey hotbed in the country. The local team, the Wolves, was established almost a century ago, in 1925. Despite their long history, the Wolves only won the Slovak Extraliga title once, in 2005-2006. Zilina produced several other high-quality players, like Lukas Cingel, who represented Slovakia at the 2018 Olympic Games and spent two seasons in the KHL with HC Lev.

Cehlarik played within the Wolves system until 2011, when he moved to Sweden. He started lining up for Lulea HC’s junior teams, where he played for the next couple of years. In 2013, he represented Slovakia at the IIHF U18 WJC in Sochi, where he was elected one of the top players for his team. Earlier that season, Cehlarik had his SHL debut with Lulea, scoring a promising 6 (3+3) points in his first eight games at the pro level. He played in Sweden until the 2015-2016 season, where he also had his debut at the IIHF WC level, interestingly enough, once again in Russia, but this time in Moscow and St. Petersburg. In the meantime, he was drafted in the NHL by the Boston Bruins with the 2013 90th overall pick. In 2014-2015, Cehlarik helped Lulea winning their first Champions Hockey League title.

After scoring 20 (11+9) points for Lulea in 2016, Cehlarik moved to North America, signing an entry-level deal with the Boston Bruins. In his first season overseas, the Slovak only played 11 games with the big boys, but had a promising 38 (20+18) points in 49 games with the Bruins’ AHL affiliate in Providence. In the next year, Cehlarik scored his first NHL goal, but it wasn’t enough to win a full-time spot with such a competitive team like the Bruins. He had far more room in the AHL, where he produced more than 130 points in four seasons. After four years in North America, Cehlarik decided to return in Europe, signing in Sweden again, but this time with Leksands. In the SHL, the Slovak was a force again, ending in the top-ten for points, goals, and leading Leksands with 40 (20+20) points in 45 games. After his SHL deal run out, he signed in the KHL with Avangard.

In June, Avangard won the race and signed one of the top European players available on the market, further cementing their offensive lines.

“We needed to find a replacement for Reed Boucher,” Avangard GM Alexei Volkov said, announcing Cehlarik’s signing. “We decided to find a player who is already adapted to the European hockey realities and who is eager to win. Peter Cehlarik’s strong point is his shot — he has an excellent one timer and can be very dangerous with the man advantage. Moreover, he’s got a great reading of the game and can be a very creative player in the offensive zone. At the recent IIHF WC, Cehlarik was very productive for Slovakia and we’re sure that his high hockey IQ and his fantastic determination will help fulfilling our team’s potential.”

On May 25, Avangard moved Reid Boucher to Lokomotiv for the KHL rights on Cehlarik. The Slovak had a fantastic start of the season with the Hawsk, and right before it started, he helped his country qualifying for the 2022 Olympic Games in Beijing, scoring two goals in three games.

After such an incredible start, it’s legit to expect a lot from Cehlarik — the Hawks will need his goals and plays to fight for a back-to-back Gagarin Cup triumph. And so far, it looks like Avangard did the right thing in May, when the franchise traded with Lokomotiv to get the Slovak in its lineup. 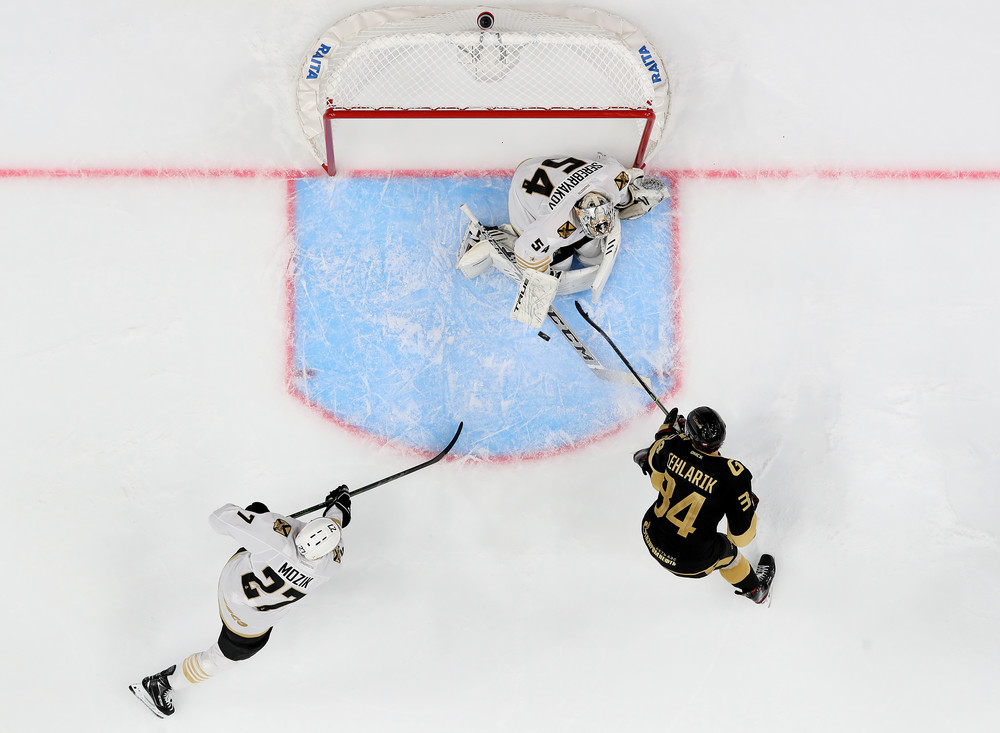