The city of Medicine Hat, Alberta has a population of 63,000, and a Kazakh-Canadian export list of 2. First teamed up at the age of five, Curtis Valk and Darren Dietz reunited on the ice in the most unlikely of destinations: Nur-Sultan, Kazakhstan—nearly 9,000 kilometers from their childhood home.

“I think the last time I had played on a team with Darren was the age of fourteen, and then we went our separate ways for junior,” Valk described from Barys training camp earlier this week. “Even pro as well, I played against him but never with him. At the end of my last season in North America, Darren had given me a call and said that there might be an opportunity to come and join him over here. Four seasons later, we're still playing together.”

Much like his childhood counterpart, Valk has found a welcoming home in the striking capital city of Nur-Sultan, even taking local citizenship to represent Kazakhstan on the world stage. The twenty-eight-year-old forward signed with Barys in 2018, posting his most productive season in the team’s latest campaign under head coach Yury Mikhailis. Valk donned the blue and gold at the 2021 World Championships in Riga, notching five points in seven games for his adopted national team.

As Barys prepares for their August exhibition schedule, I was able to catch Valk between three-a-day practices and the relentless grind of KHL preseason. We discussed season expectations, the reunion with Dietz—and one of the funniest “lost in translation” moments I’ve ever heard from an import player.

Gillian Kemmerer (GK): What is the average day at Barys training camp like right now? I can imagine it’s a pretty grueling schedule.

Curtis Valk (CV): We actually just got out to our base right now. We’ve got two on-ice sessions in the morning, and then we have lunch. In the afternoon, we're doing a workout. Hopefully we'll be able to get through it pretty easily. Overall, I think [camp] just gets long. It's three weeks of three workouts a day or something like that, so the body gets tired. I think you slowly break down and that's the goal of the camp. Then you build yourself back up afterwards.

GK: How does it compare with your experience of North American training camps?

CV: You’re definitely on the ice more. You're skating here everyday for over a month, and I think we're going to play seven exhibition games too. You get back into the swing of things pretty well, so when the season starts, you're ready to go for sure.

GK: Head coach Yuri Mikhailis took over in the midst of a pandemic. How did he manage to stabilize the team so quickly?

CV: It was pretty wild. We had a very short camp and then even at the start of our season—I think six games in or something—we had to deal with COVID too. I think Yuri did a great job. We stepped into the way we wanted to play early, and we stuck with it. I think that's why we had success. We had a pretty good roster with guys that had been in the organization for a few years as well, so that made it easier on Yuri too. We've all played together, so we're on the same page. I thought he did a really good job last year.

GK: Was there much of a transition from Skabelka’s vision and style?

CV: It was a pretty seamless transition. I think we have a similar playing style to what we did with Skabelka. Over the course of the season, we may have changed a little bit—maybe a little bit more aggressive than with Skabelka, but I think Yuri did a good job keeping it pretty similar so that it wasn't too big of a shock for the team.

GK: You lost a number of key talents this summer and had to fill in the gaps. What kind of team can we expect this season in Nur-Sultan?

CV: We’ve brought in some good players. I think we're going to be a team that plays well with the puck. We’ll try to play a possession game and play a fast game. We got a little bit younger this year, so we'll have some good energy and I think that will help us. We lost a lot of good players as well, so we’ve got some big shoes to fill. We lost some high-end defensemen as well as a couple of top forwards and a bunch of depth forwards too. There will be a little bit of a shuffle here to figure out who's going to play with whom, and how we're going to set up this season. I think it also gives an opportunity for some guys to step in and play a bigger role, and they've been itching to do that for a couple of seasons.

GK: Do you see a faster, more aggressive flavor of hockey creeping into the league overall?

CV: I definitely think that's the way things are going. Part of that has to do with the ice getting smaller too. My first season was Olympic-sized ice in just about every building, so you couldn't play as aggressively on that style of rink because with teams that have a good system, you could really wear yourself out. I think with our rinks going to NHL size, it's a little bit easier to play an aggressive game. I think that's why our team's transitioning, and we find it effective.You can really stay on top of teams, and it makes it tough for them to get anything going. Players are getting faster and the game is getting faster itself.

GK: Watching the Olympics with empty stands reminds me that you played a regular season without fans. I would think that was a drag on overall energy levels.

CV: Yeah, I totally agree with that. I think as far as energy goes, it makes it a lot tougher to get up each and every night for games, especially when you're playing lots of hockey. I know there was a stretch last year in January when we were playing just about every other night. It’s tough when you don't have the crowd in there to get you going. We got a taste of it in the playoffs, and it made such a difference to have people cheering you on and someone to play in front of, so I think it has a huge impact on the game. Pretty much every player would say that they'd prefer to have as many people in the stands as we can.

GK: How would you describe the Kazakh hockey culture?

CV: We’ve got a good fan section behind the opposing net. Even since the first year I came here, the fans have been so welcoming. They create fan pages on Instagram for just about every player, every import, and it makes you feel welcome. We have a great support system with them and our building is usually pretty full. We have a big building, so the atmosphere can be really cool. They want success, so it's good when you can be kept accountable by the fans and have their support along the way.

GK: How did two guys from Medicine Hat, Alberta—yourself and Darren Dietz—both wind up in Kazakhstan together?

CV: It’s a pretty crazy thing. We grew up playing minor hockey against each other and with each other since we were five years old. I think the last time I had played on a team with Darren was the age of fourteen, and then we went our separate ways for junior. Even pro as well, I played against him but never with him. At the end of my last season in North America, Darren had given me a call and said that there might be an opportunity to come and join him over here. Four seasons later, we're still playing together. It's been pretty cool to have someone that you grew up with when you're playing in a place on the other side of the world from where we are from. Darren's made it super easy on me to transition, especially with him speaking Russian so well. 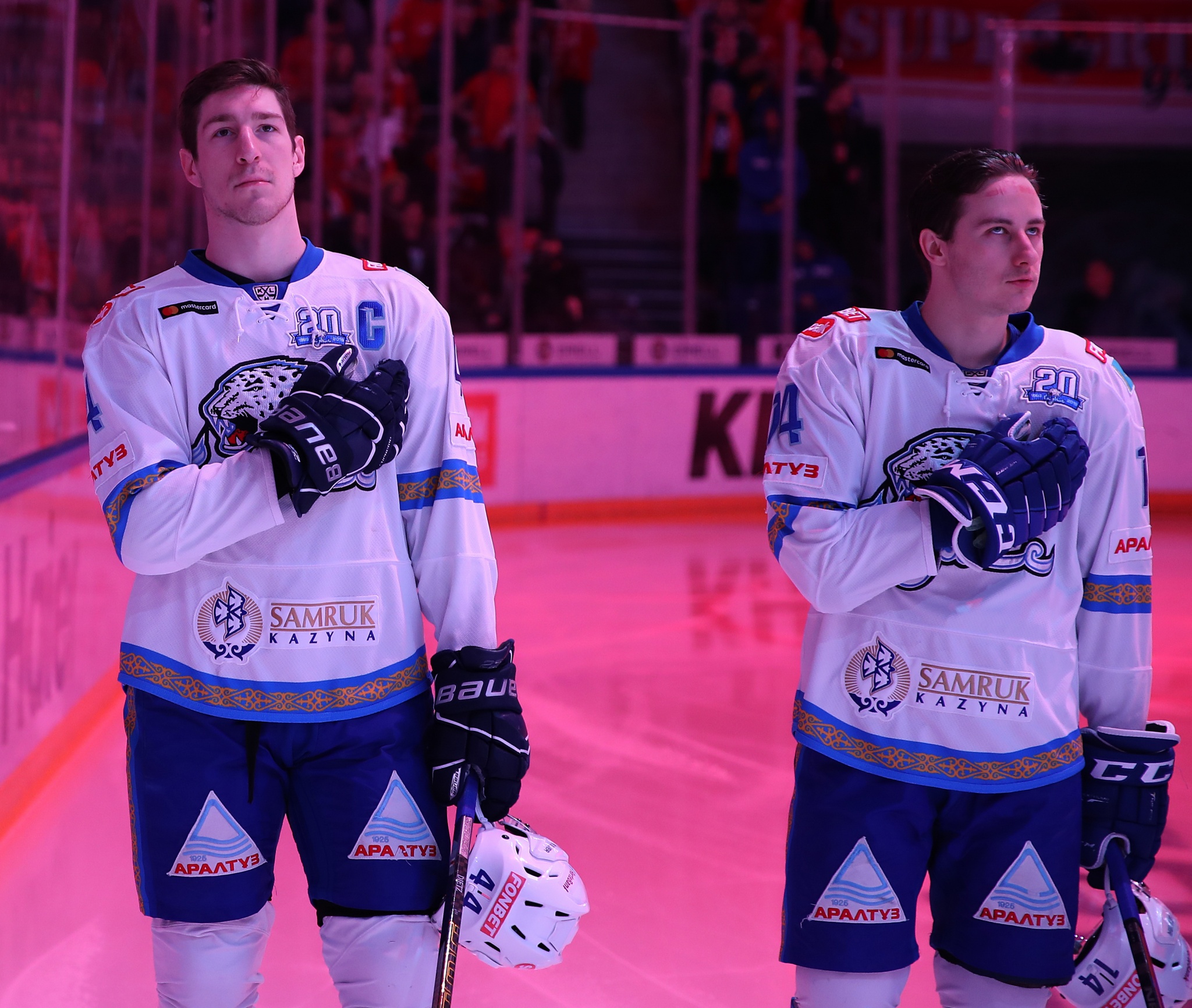 GK: Who are some of the toughest competitors that you've faced in the KHL over the past few seasons?

CV: This league is quite good. Last year, the top line on Ufa—they’re tough to play against with Manninen, Granlund and Hartikainen. We have have a rivalry with Avangard, so those games are always tough. CSKA too when Kaprizov was in the league. The teams are so deep and there are so many good players. It's hard to just pick out a few.

GK: You represented Kazakhstan at Worlds this spring, and the team had a nice run. You defeated the host nation, not to mention Finland for the first time ever.

CV: It was quite the experience. I'd played a few games before in Olympic qualifiers, but this was the first taste on the big stage. We won some games, and I think if we would have beaten Norway there, we would have moved on to the quarterfinals. I thought the team played really well. We proved to a lot of teams what we're capable of, and not to be taken lightly. Not having to worry about relegation like last year, it freed us up a little bit. Going into Helsinki next year, there'll be another good test for us. It’s a very big honor for me to have that opportunity to wear the Kazakhstan sweater, and hopefully I can do it a few more times and we can continue to do well as a country.

GK: I have a lightning round of three questions to finish.

GK: What is a non-hockey goal that you hope to realize in your lifetime?

CV: I think these will be tough. I'd like to start a family. It’s something pretty simple, but I'm excited to make that step in my life. I met my fiancé right before I came over my first year, so we're looking forward to that. It will be a pretty cool experience in my life.

GK: What’s the funniest thing that you’ve witnessed in hockey?

CV: My first year, I didn't know much of the language at the time. I had messed up a play on the ice and Skabelka called a timeout. He was giving me the gears about making a mistake, but I didn't really know what was going on. I was just looking out on the stands. And then, the same thing during the intermission—he brought the clip up and showed me again. He's screaming at me, letting me know what I did was wrong. I didn't have a clue what he was saying. After the game, I'm walking out and Darren says to me, "Well, you handled that pretty well." And I go, "What do you mean?" And he says, "Well, he told you to take your equipment off and stay in the dressing room—but you just walked right past him, gave him a fist bump and went back on the ice!” 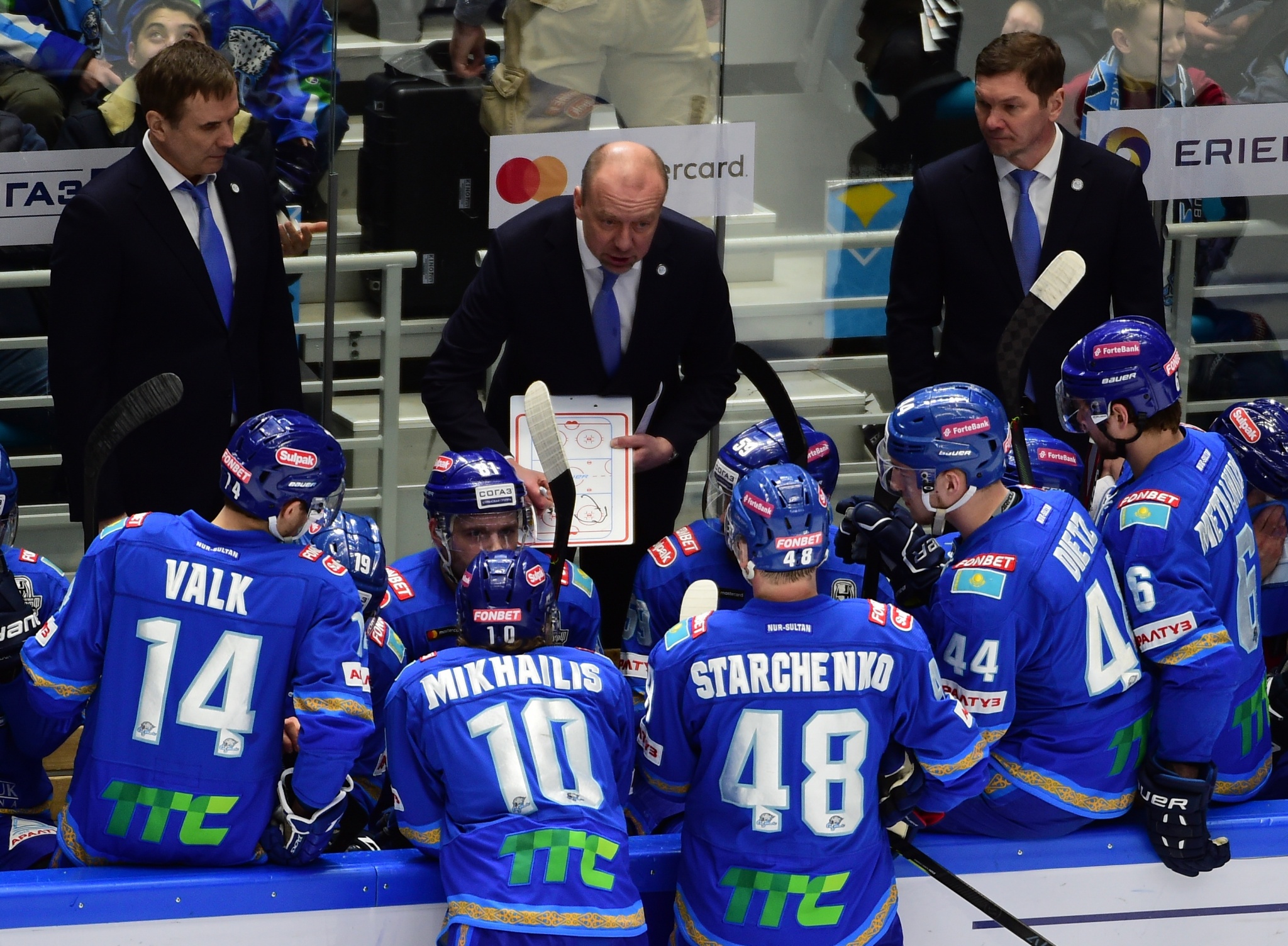 GK: That might be the funniest one I’ve heard yet! Okay last round—what is one misconception that people have about you?

CV: These are tough questions. I don't know. People think I'm quite quiet, which I am at first unless I get to know you. Lots of people call me shy, and as a smaller guy too, I look quite young. I think I can open up if you get to know me a little bit more, so that's a misconception that a lot of people have.