On July 21, the KHL’s officials began their preparations for the new season with a study and training camp. The league’s chief referee, Alexei Anisimov, told KHL.ru about that camp and the changes to the rules coming into force this season.

What are the officials doing at their camp?

Before we started, all the officials underwent their medicals and only the ones who are completely fit and healthy came to the camp. The refs are taking psychological and theory tests to help them get used to the rule changes. There is the compulsory ‘yo-yo’ running test, a tough challenge that everyone has to pass. As a rule, the camp doesn’t change much but we can add on some extras when we need to. And we’ll also have our traditional game against the Rospress journalists’ team — I hope they are better prepared this season and ready for revenge on us.

In June, the IIHF congress approved a single rulebook for all hockey. How does that affect refereeing in the KHL?

A single rulebook for all the world’s pro leagues is the ideal situation. The IIHF set up a working group and since the congress all the pro leagues in Europe, at least for now, are looking to play under the same rules. Almost all the suggestions sent to the working group from the leading nations in Europe were taken into account. We won’t see big changes in the rules, nor in the philosophy behind them. It’s just about tweaking some decisions and changing the penalties issued for some violations. To give a concrete example, previously, a boarding call brought either a minor penalty, or a 5+20. Now, officials have the option of two minutes, five minutes, or 5+20. This is closer to our colleagues in North America. The changes are merely in the details, not the philosophy or the decisions. The aim is to help skilled players express themselves on the ice and to increase the number of goals.

Is there anything fundamentally new in the changes?

If we talk about every change, even minor ones, there are more than 80. Of the ones that will be noticeable to everyone, I’ve already mentioned new options for penalty minutes, which make it easier to give major penalties without removing a player from the whole game. But it’s not entirely determined by the rulebook — the penalty will be determined based on the impact of the foul. We are preparing a presentation to update our hockey community on all these innovations. The officiating department will visit all the clubs to go over the rules during the pre-season tournaments and warm-up games. These changes will be published on the KHL website so that fans can also get to know them. I wouldn’t say that all this will fundamentally change the game, the rules won’t change that much: holding is still holding, tripping is still tripping. One of the most important changes affects the number of penalty minutes.

We plan to keep video reviews the same, but one of the most significant changes will need an amendment to our regulations: coaches can now make an unlimited number of challenges about interference on a goalie or offsides, but a first unsuccessful challenge will bring a minor penalty and any subsequent failed challenge will bring a double minor. We saw this rule used in the last World Championship and we’ll be applying it this season in the KHL. We’ve also slightly tweaked the timings. From now on, the video review team will start checking every entry into the offensive zone for offside, every possible icing, etc from the 59th minute, not the 58th as previously. These are the most important things to look out for. 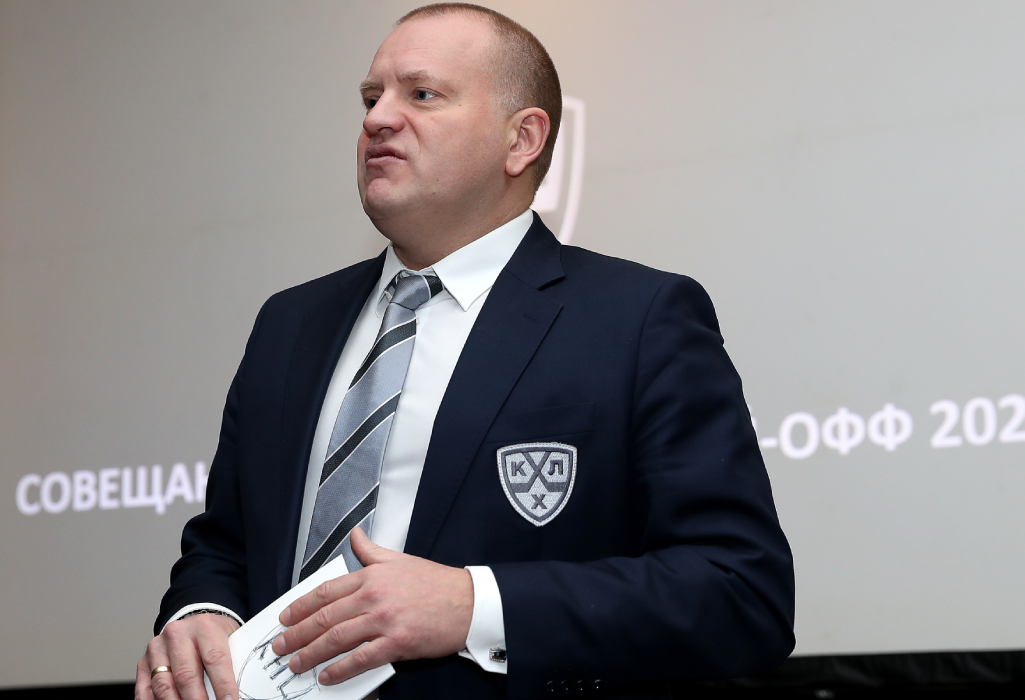 You mentioned webinars with club representatives. Are you already getting questions from clubs?

Not yet, because we haven’t finished the refereeing camp. We’ll only know where we are going when we’ve done that camp, studied the changes and tried them out in pre-season games. There will always be questions, and we’ll answer them. The first people to answer are the inspectors. Immediately after games we’ll ask them to explain and demonstrate how the new rules should be applied and then we’ll start seeing questions come in from the refs, the teams and their representatives. Usually, teams like to have a live dialog and ask us to explain specifics, so every year we prepare a presentation for them and, when they sign up to join the league, the clubs confirm that they are up to date with the rule changes. Every year we go over the details, and we’ll do it again this summer.

Are the refs being asked to crack down on any specific fouls this season?

Every year we struggle against foul play. There’s always an idea that last season we focussed on cross checking and in the new season it will be holding. After analysing last season, it was clear which fouls we needed the refs to pay more attention to, specifically what we’re calling ‘holding with both hands’, even though it sounds a bit clumsy. This is a separate issue and during pre-season we’ll be trying to eliminate that second hand so that the players are prepared for this and don’t try to wrap themselves around their opponents like a jacket.

How do you propose to counteract attempts to embellish or simulate fouls?

That’s an on-going battle. It’s not always easy for an official on the ice to understand immediately whether a player is exaggerating the effects of foul play or not. In the new season, there will be only one official guideline — simulation or related fouls. We’re warning the players: even if the ref doesn’t see the simulation at the time of the incident, it can still be reviewed afterwards. It’s about respect for our colleagues, for the game and, most of all, for the opposition. We hope there will be fewer cases of embellishment and there will be more fines for the ones that persist. Last season, most cases saw both a fine and an embellishment penalty at the same time. We want to separate them, the was a request that came from the clubs.

In recent seasons, the refereeing department has published clarifications of controversial plays on the KHL website. Are you continuing with that policy of openness?

During the regular season, we’ll post explanations of any controversial incident. In the playoffs, as in recent seasons, we will publish the result of every coach’s challenge or video review; anything connected with scoring goals. During the season, we’re planning to resume a regular column in which the refereeing department can explain specific incidents that happen in the championship.