It’s been a busy week of player trading in the KHL, with one of the stars of the recent World Championship joining Avangard while SKA and Metallurg acquired new imports. And there’s good news from the Far East, with Admiral close to confirming its return to the ice in 2021-2022.

After missing last season, Admiral Vladivostok is close to securing its return to the KHL for 2021-2022. The Sailors have reached an agreement with players and coaches over unpaid salaries from the 2017-2018 season and are on course to clear all debts before July 31. That would mean the club meets the deadline to resolve its financial problems and can return to the league for the upcoming season.

Slovak international Peter Cehlarik was one of the stars of the recent World Championship in Riga. The 25-year-old had 11 (5+6) points as Slovakia reached the quarter-finals for the first time since 2013 and was named as the top forward by the tournament directorate. That form earned the former Boston Bruin a contract with Gagarin Cup winner Avangard, who agreed a one-year deal with the 188 cm winger.

The trades have been flying into St. Petersburg all week. Swedish center Fredrik Handemark, who made his NHL debut for San Jose last season, is one of the newcomers to the KHL. The giant forward, who stands 194 cm and weighs 95 kg, inked a two-year deal with the Army Men. Fellow Swede Lars Johansson needs no introduction to KHL fans and he’s swapped one Army club for another after leaving CSKA and heading north on a one-year contract. Another Swede, Lukas Bengtsson, leaves Petersburg after being traded to Dinamo Minsk with Stepan Falkovsky going the other way. Magnus Hellberg is also leaving, with Sochi the next stop for the Swedish goalie.

And that’s not all: a mega deal with Vityaz saw six players on the move. SKA is acquiring plenty of young talent in the shape of Daniil Pylenkov and Yury Pautov on defense and forwards Zakhar Bardakov and Danila Moiseyev. Vityaz gains proven experience in the form of D-man Viktor Antipin and forward Miro Aaltonen. The Finn is returning to the team where he got his KHL start.

Swedish centers are in fashion right now, and CSKA acquired Lucas Wallmark from the Florida Panthers. The 25-year-old made his reputation in his homeland with Lulea, where he was part of the 2015 Champions Hockey League winning team having previously picked up World Junior silver. Drafted by Carolina, he spent five seasons in North America and put up 59 points in 157 NHL games. He comes to Moscow on a one-year term.

Metallurg has reshuffled its strike force with the arrival of two experienced Canadian forwards, Philippe Maillet and Josh Currie.

Maillet, 28, graduated from college hockey with New Brunswick and played the bulk of his adult career to date in the AHL, mostly with Ontario Reign. He made two NHL appearances for the Capitals. He’s a center with a consistent scoring record throughout his career. Currie, also 28, also brings a wealth of AHL experience, with 321 games and 211 points from six seasons on the right wing with Bakersfield Condors and Wilkes-Barre / Scranton Penguins. He also has 22 NHL appearances and 5 (2+3) points from his time with Edmonton and Pittsburgh.

After 10 years working together on the league’s collectors’ cards, Sereal and the KHL have agreed to extend their licensing agreement until the end of the 2022-2023 season. The number and quality of the cards on offer has steadily increased since the partnership began in 2010-2011 and both parties are looking forward to doing even more in the next two seasons. 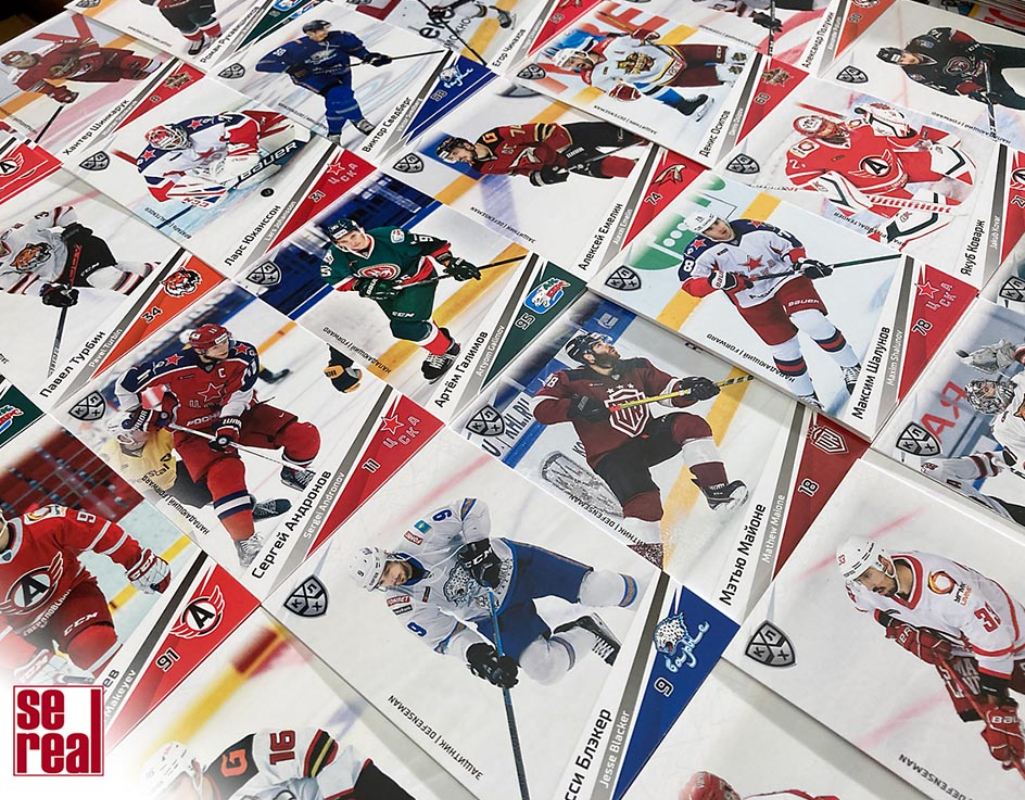