KHL.ru continues reviewing the 2020-2021 campaign for the league’s 23 teams. Sibir had a few excellent matches, but a rocky start of the season halted any chance of a postseason qualification for the Novosibirsk franchise.

Sibir ended the 2020-2021 season in the Eastern Conference’s ninth spot with 27 wins over 60 games, 58 points, and a nine-point gap from the playoff line. However, after last year’s fifth-place end and qualification to the playoff’s second round, expectations were higher for the team led by Nikolai Zavarukhin. Moreover, it can’t be said that Sibir had a worse lineup if compared to one year before: the club renewed ties with most of its leaders, added Eric O’Dell and Oleg Li to its lineup, and signed Stepan Sannikov back.

Sibir had most difficulties in the 2020 part of the season, with only 17 wins in 41 games. As it became evident near the end of the regular season, that streak cost Sibir the playoff qualification. Moreover, Sibir defeated most of the KHL top teams: once they defeated SKA and CSKA, twice both Avtomobilist and Ak Bars. However, Sibir lost way too many games between middle-of-the-pack teams; for example, the two away losses to HC Sochi and Neftekhimik, both with a 0:3 score.

It was the third season in the KHL for the Finn forward, and he always scored at least 30 points in the regular season. Ruohomaa was in top shape between December and January, with 12 (1+11) points in 14 games. Ruohomaa’s season was so excellent that he was called to the IIHF WC despite missing the playoffs. He almost became a national hero in the finals after posting a goal and a helper in a losing effort against Team Canada.

Oleg Li made a name for himself in Amur when he was very productive in a one-two punch with Alexei Byvaltsev. However, even in Khabarovsk, he didn’t score as much as he did in Sibir: after failing to make a good impression with SKA and Ak Bars, the fast-skating forward had a career season under Zavarukhin. He had his best showings against Traktor and Jokerit, scoring a double and an assist in both games. Moreover, Li also netted four game-winners, leading Sibir.

The Sibir system’s product had his first full-time season with the big boys, and it was a good confirmation that he can play at this level. The 22-years-old forward took part in most games of the season and scored goals to SKA and Avtomobilist. Moreover, he had an impressive third-place in the league-wide hit rankings, with 134, trailing only Dmitrij Jaskin and Mikhail Pashnin.

Sibir visited Moscow in November 2020 after two wins in a row, and not many were thinking that they had a real chance to go on with the series. Oleg Li opened the score, with Maxim Mamin replying soon after. Novosibirsk went ahead again with Dmitry Sayustov to end the first period up by one goal. At that point, most were expecting CSKA to rally back, but Sibir scored three unanswered powerplay goals with Ruohomaa, Danil Romantsev, and Andrei Yermakov.

It looks like Nikolai Zavarukhin had some sort of second-year syndrome: Sibir started the season with four straight losses, and in October, they had six. Of course, the pandemic had its role, but when other teams were forced to ice their junior rosters, Sibir had all its best players available. At the end of the regular season, the team showcased its full potential with seven Ws in eleven games, but it was late.

“I think that if we started well, then we’d have enough points for the playoffs. But many players lost their confidence after a challenging start. Moreover, our starting goalie missed the preseason. Sateri wasn’t ready. I understand that all the teams had their problems due to the pandemic, but let’s remember that a Novosibirsk-based team has to fly a lot,” Zavarukhin said after the season. 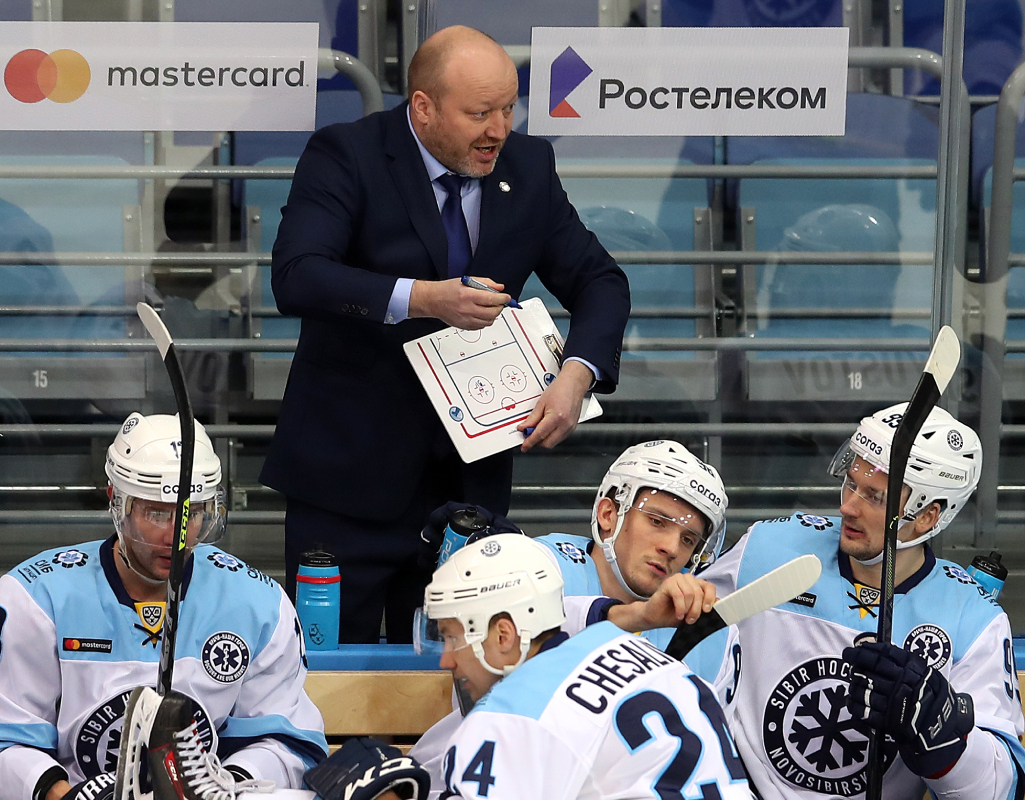 So far, the main piece of news is that the team decided not to renew ties with Zavarukhin. Andrei Martemyanov was appointed as Sibir’s new head coach. Both Vyacheslav Litovchenko and Andrei Bodrov worked with him in Yekaterinburg, and they are now signed in Novosibirsk. Moreover, the team signed Alexei Kruchinin, Denis Golubev, and Vadim Kudako, other than finding in the Swedish SHL Anton Wedin and signing back Valentin Pyanov. Oleg Li’s renewal is a victory for the boards, with Harri Sateri, Andrei Yermakov, Viktor Komarov, Ilya Pastukhov, Nikita Korotkov, Nikita Setdikov, and Alexei Yakovlev also inking new deals with Sibir.