The KHL celebrated its 2020-2021 closing ceremony in style after having to cancel last year’s show. And, away from the bright lights, league president Alexei Morozov updated club directors on last season’s progress.

Winning its first Gagarin Cup was the big achievement for Avangard, but the Hawks added more to the roll of honor at the KHL Closing Ceremony. The team was presented with the Vsevolod Bobrov award for the KHL’s highest-scoring team after potting 238 goals in 2020-2021. Forward Sergei Tolchinsky received his playoff MVP prize, head coach Bob Hartley was named coach of the year and Yegor Chinakhov collected the rookie of the year award. In addition, defenseman Oliwer Kaski was named to the team of the season.

It wasn’t all about Avangard, though. Dynamo Moscow was well represented at the Closing Ceremony, with Vadim Shipachyov collecting the ‘Golden Stick’ award as the top player in the regular season, as voted by the league’s coaches. The center also won the top scorer award for the second year running after collecting 67 (20+47) points in the regular season. Many of those assists contributed to Dmitrij Jaskin’s 38-goal haul, which made him the top sniper of the campaign.

The traditional ‘team of the season’ was also announced at the end-of-season ceremony. Goalie of the year Eddie Pasquale (Lokomotiv) was joined by defensemen Oliwer Kaski (Avangard) and Mat Robinson (CSKA). The forwards were Vadim Shipachyov, Dmitrij Jaskin and Konstantin Okulov.

With a Finnish accent

The most productive line of the KHL season was found in Ufa — but it was forged in Finland. Teemu Hartikainen, Sakari Manninen and Markus Granlund scored 63 goals between them in their first season at Salavat Yulaev. There was also recognition for ‘Mr. Helsinki’ as Jokerit’s American forward Brian O’Neill finished the season with a +30 rating, the best in the KHL.

“A year ago we planned to stage the All Star Week in Riga and we had an agreement to do it next year in Riga,” Morozov said after the annual meeting with club directors. “But now we’ve had an official cancellation due to that situation ... We’re looking for a new place for the All-Star Week where we can do everything at the highest level. We’d prefer not to go back to Moscow because we did it here not so long ago. So Moscow is a back-up option.” 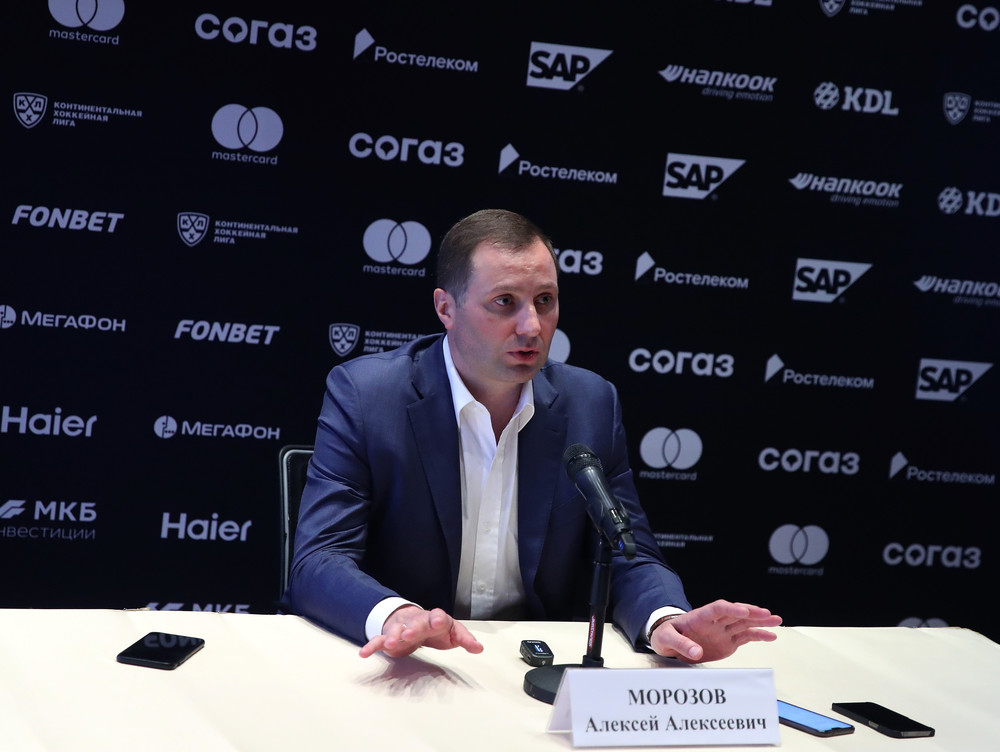 After the first season of a hard salary cap in the KHL, the results are already apparent. Overall, salaries fell 21%, while the clubs that were overspending in previous seasons cut their salary costs by 23%, it was reported during the meeting with club directors. Meanwhile, in 2019-2020, the league’s biggest budgets were seven times greater than the smallest; in 2020-2021, this was down to four times. 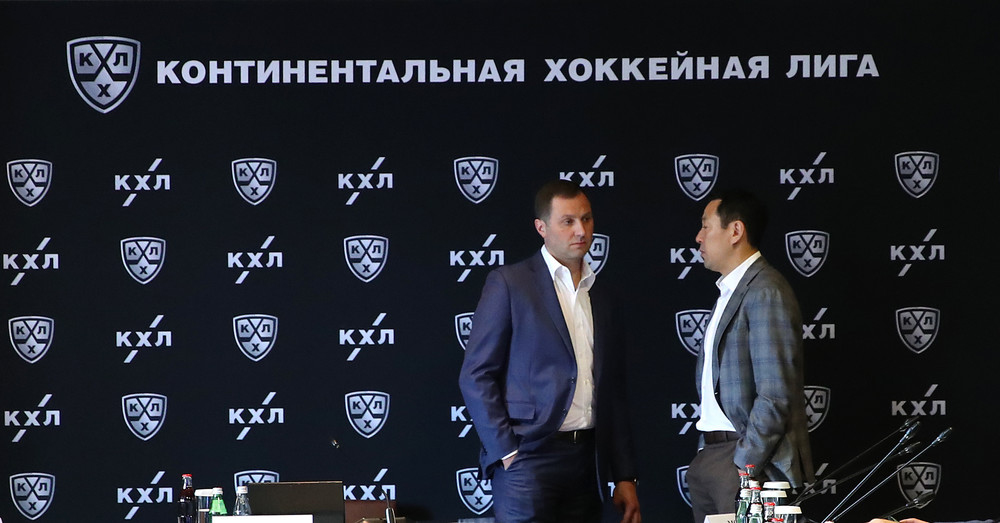 SKIF goalie Valeriya Merkusheva was voted the top player in this season’s Women’s Hockey League, coming ahead of last year’s winner Alex Carpenter (KRS Vanke Rays) and Agidel star Olga Sosina. The 21-year-old received her award at the KHL’s Closing Ceremony and said: “It’s an honor for me to be on stage with the best players from the KHL. Of course, personal success takes second place [to the team’s results], but it’s nice to get some recognition with an award like this.”

Hockey goes to the Euros

The hockey season is done, but Russia is still hosting top-level sport. St. Petersburg is home to soccer’s Euro 2020 tournament, and KHL stars Sergei Tolchinsky, Ildar Shiksatdarov and Maxim Mamin were among the lucky spectators who got tickets to see Russia take on Belgium on Saturday evening. However, Stanislav Cherchesov’s footballers couldn’t deliver a winning start as the hotly-tipped Belgians claimed a 3-0 victory.