KHL.ru continues its series of materials reviewing the 2020-2021 season for each of the 23 teams in the league. It was the fifth season in the KHL for the Kunlun Red Star, and the franchise ended the campaign at the 22nd place in the overall standings.

Before the start of the 2020-2021 campaign, Kunlun Red Star relocated to Mytischi in the Moscow Region because of the pandemic. At home, the team led by Alexei Kovalev had its longest winning streak, when the defeated Salavat Yulaev, Torpedo, and Metallurg for three straight victories. However, the Arena Mytischi didn’t help much Kunlun Red Star as the Chinese franchise ended the season in twelfth position in the Eastern Conference standings.

The team’s top sniper and scorer is keeping on progressing and scored ten points more than in 2019-2020. Werek is a complete player who can score, pass, shoot and battle for the puck. Moreover, the Canadian forward with a Chinese password is also one of the franchise’s main options on the powerplay units, with six of his goals coming with the man advantage.

The creative Canadian forward often found himself on the scoresheet this season and was under the spotlights in several games, like in the Kunlun Red Star’s wins over Jokerit (a goal and a helper) and Avangard (winning SO), or in the OT loss to Torpedo (a goal and a helper again) and Dinamo Riga (a double and an assist). However, Shinkaruk alone couldn’t give the franchise a post-season qualification, but he got other teams’ attention, and he’ll start the 2021-2022 campaign with Dinamo Riga.

Sproul was Kunlun Red Star’s leading offensive defenseman in the 2020-2021 campaign, and twice, he posted a three-game scoring streak. Moreover, Kunlun won four of these six games against HC Sochi, Jokerit, Avangard, and Traktor. In the game against the Hawks, Sproul tied things up in the final minute of the third period.

In the regular season, Kunlun defeated SKA, Salavat Yulaev, and Jokerit. However, its best game was against Avangard in Balashikha. The teams exchanged goals in the opening stanza, then Kunlun went ahead in the second period, with the Hawks replying with two goals in 40 seconds. Then, Sproul saved the Dragons with a late tying tally, then Shinkaruk potted the SO winner for Kunlun.

Alexei Kovalev had his debut as a head coach with Kunlun; earlier, he was one of the assistants. However, it can’t be considered a good start for the coach, with just 13 wins in 60 games and 12th place in the Eastern Conference. The board was perhaps waiting for different results, and it has already been announced that Kovalev’s contract won’t be renewed. With him, Vyacheslav Kozlov, Igor Ulanov, and Nikolai Mishin also left the Chinese franchise.

“I spent the previous two years with the team as an assistant, then I was asked to become the head coach and it was a challenge for me. However, I’m used to them as I had a lot during my career. I was ready to anything as I knew what was going on in the world and what players were going through. The most important thing was that the team kept on playing. It has been a challenging season, we did our best, and I think that we showed some good hockey, and we could surprise many people with our results,” Kovalev said after the season. 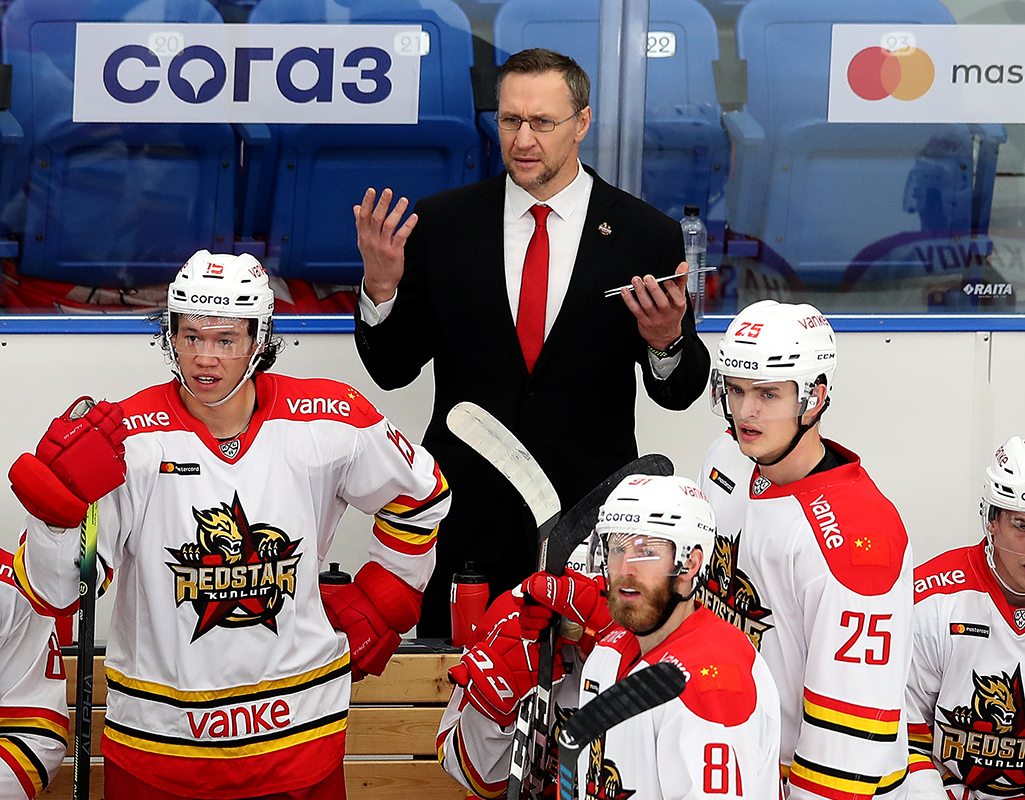 The Chinese franchise already announced that they are basing in Mytischi again for the 2021-2022 campaign through its official channels. According to the team’s general manager Nikolai Feoktistov, Kunlun Red Star will spend most of the preseason in Russia.

“The plan is to gather the team in early July. We’re planning to take part in at least one preseason tournament and have a few preparation games. If we’re going to base at the Arena Mytischi, we’re having our practices there,” Feoktistov confirmed.