Avangard Omsk celebrates its first Gagarin Cup after defeating CSKA 1-0 in game six on Wednesday, to take the series 4-2. KHL. ru brings you the thoughts of some of the key figures from both sides.

On scoring the cup-winning goal against his former club

I don’t know if it’s destiny or what, but the way it happened was just incredible. I’m just happy that I got to experience something like this. I’m already out of things to say, I can’t even remember today’s goal, it’s like everything is in a fog, to be honest. 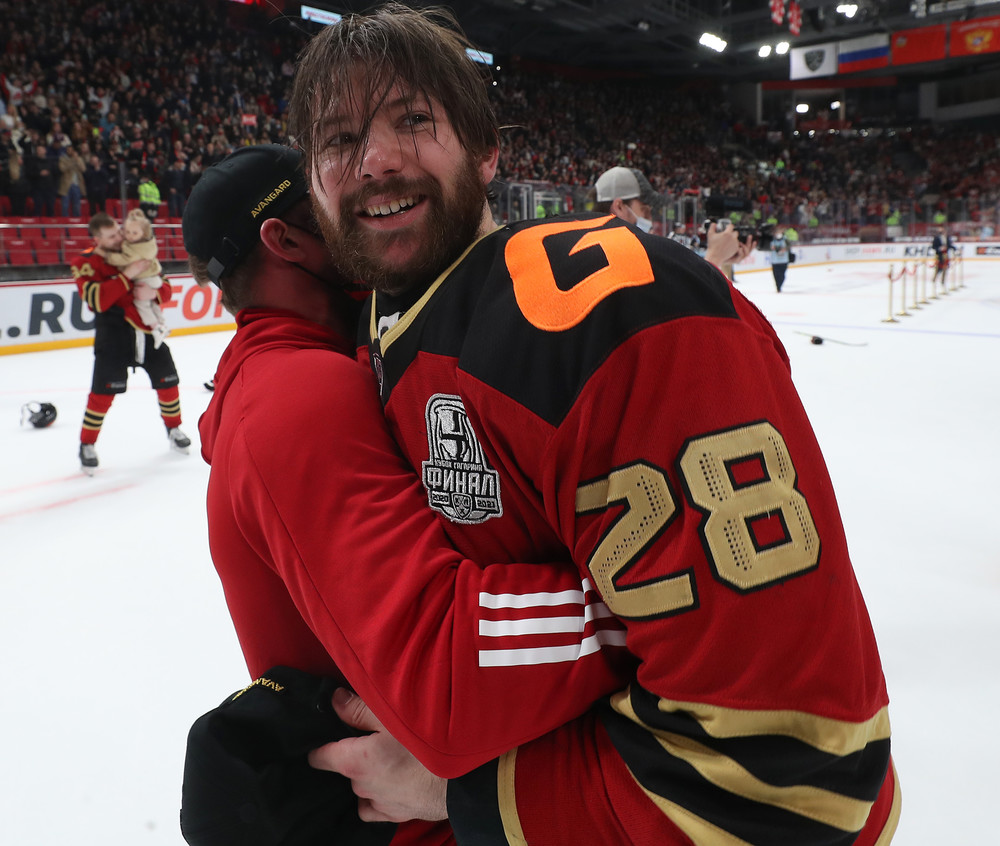 The Gagarin Cup heals every bruise. I’d like to dedicate this win to my family, to my wife. We’re expecting a new addition to the family soon and I hope everything will go well. This is also a victory for Omsk!

On blocking three shots in the final minutes of the game

That 3-on-5 penalty kill was the key moment in the game. I knew that if we survived that, we would go on and win. Now I can admit that I played with an injury. I broke my fingers, everything hurts, but it doesn’t matter. Today is the best day of my life, the emotions are overwhelming and I still can’t quite believe it. Nobody believed in Avangard, but that gave us strength. People wrote us off back in the second round, but here we are and the cup is ours! 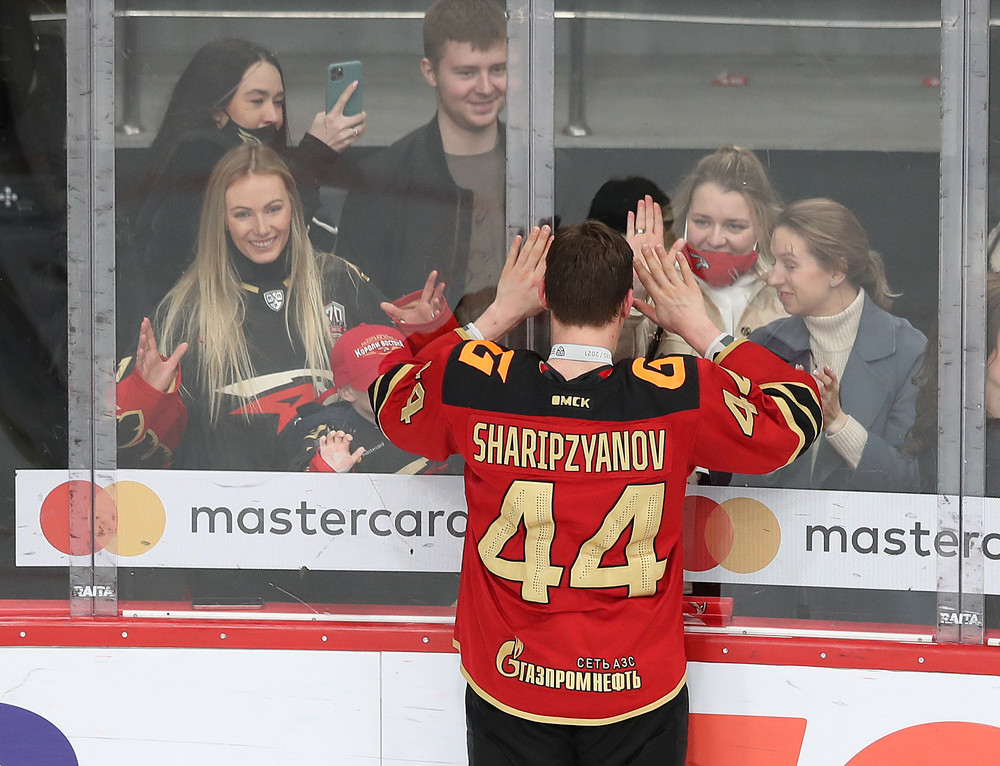 Just look at that [gestures towards the celebrations on the ice]. They say a picture is worth a million words, look at this. 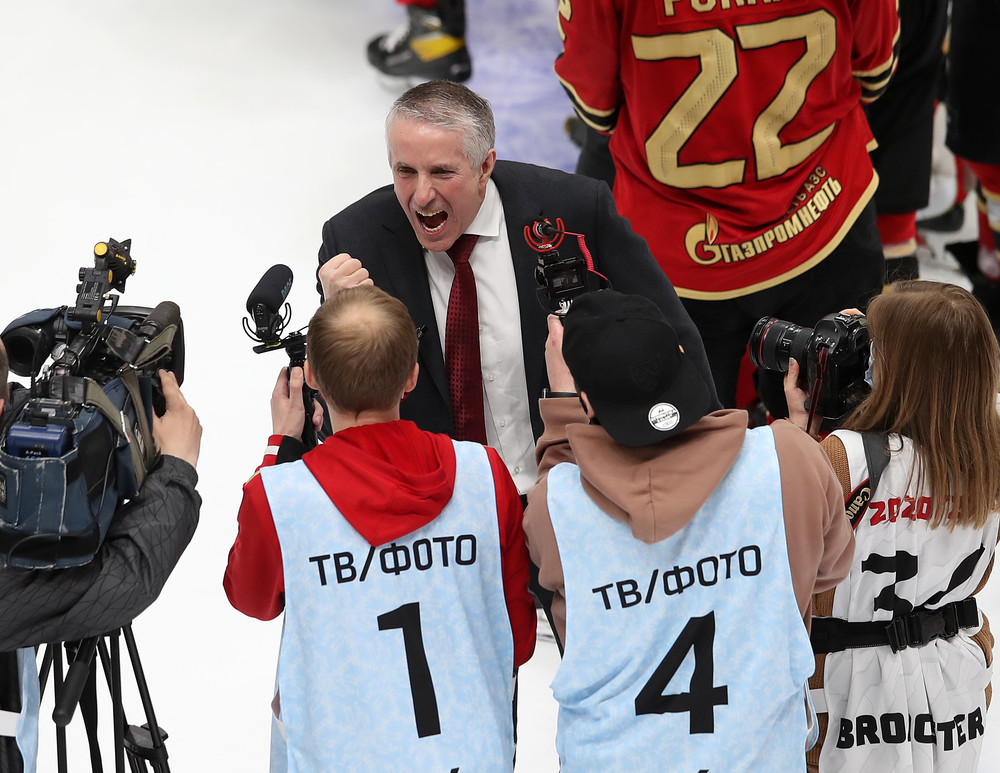 I’m thrilled, it goes without saying. All season the team worked for this and with each passing series we got stronger and more united. That brought us to the final in the kind of form that enabled us to win the cup. Nobody believed in Avangard this season, but that just gave us more motivation and added to our strength.

On a third Gagarin Cup success

You never get used to winning. Every cup comes with its own emotions and you can never repeat those feelings.

On his health after being hospitalized during the Eastern Conference final

Everything is much better, in a week or so I’ll be back to normal and I’ll continue my career. Of course I heard all the rumors going around during the series against Kazan, but that’s just muck-raking, something unthinkable. It shouldn’t happen. And yes, it was good that Avangard has two captains. It reassured the whole team. The guys were always in touch with me, messaging, calling, supporting me while I was in hospital. 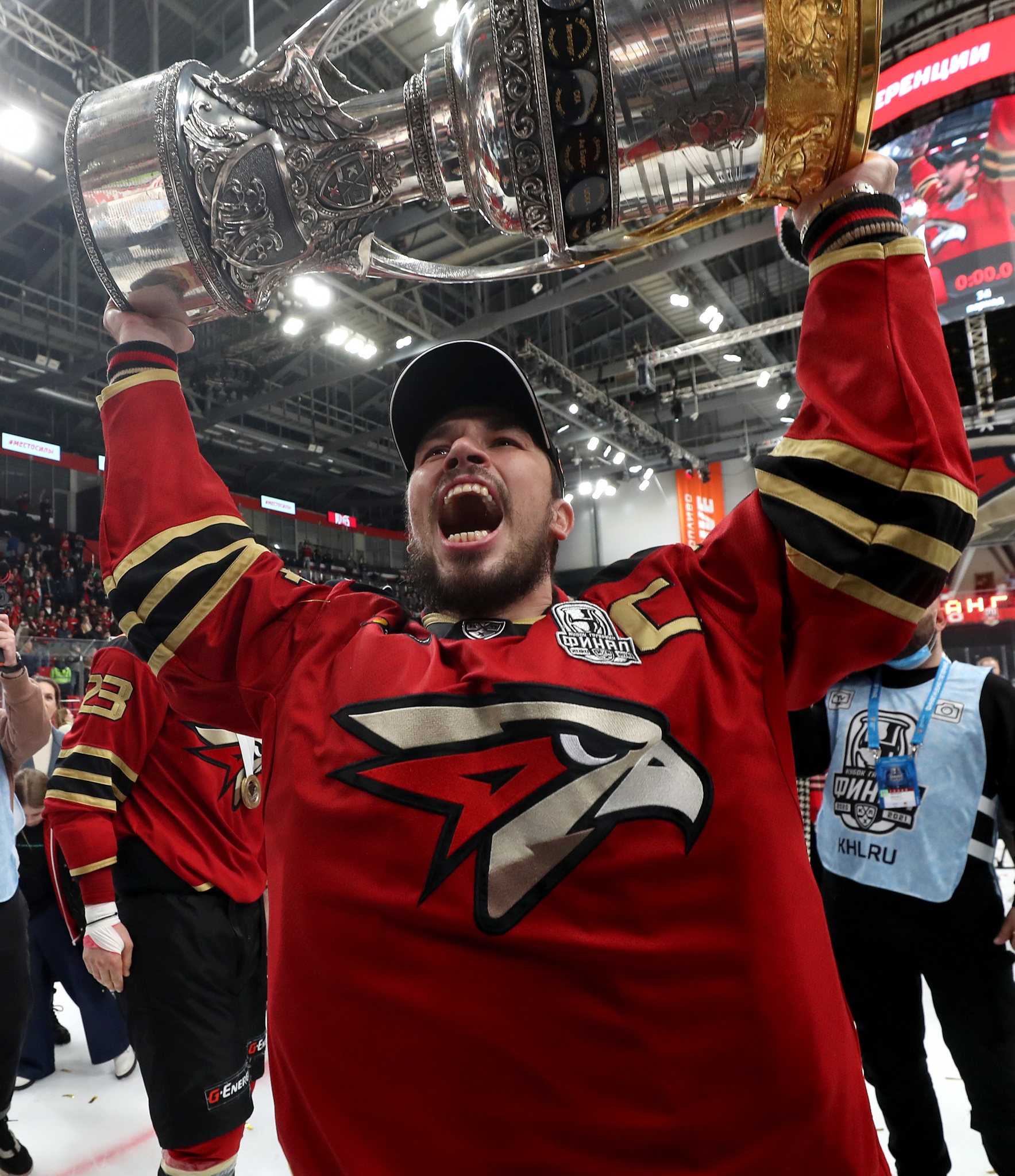 I worked with Tolchinsky for two years. At the presentation I congratulated him, he deserves this victory.

I’m grateful to Omsk for everything they did for me. My parents still live there, it’s not a strange place for me. But I’m also grateful for the chance to work at CSKA and I’m grateful to our guys.

People say we didn’t have a superstar, but I believe this roster had every chance of winning. But that’s hockey. To win the playoffs, any team needs a goalie who stands on his head. And I think that Lars was great for us, that’s why we got to the final.

The better team won, that’s all. When people ask if our imports played badly, they’re not thinking before they speak. I’m proud of our team, but Omsk played better and that’s why Avangard won. 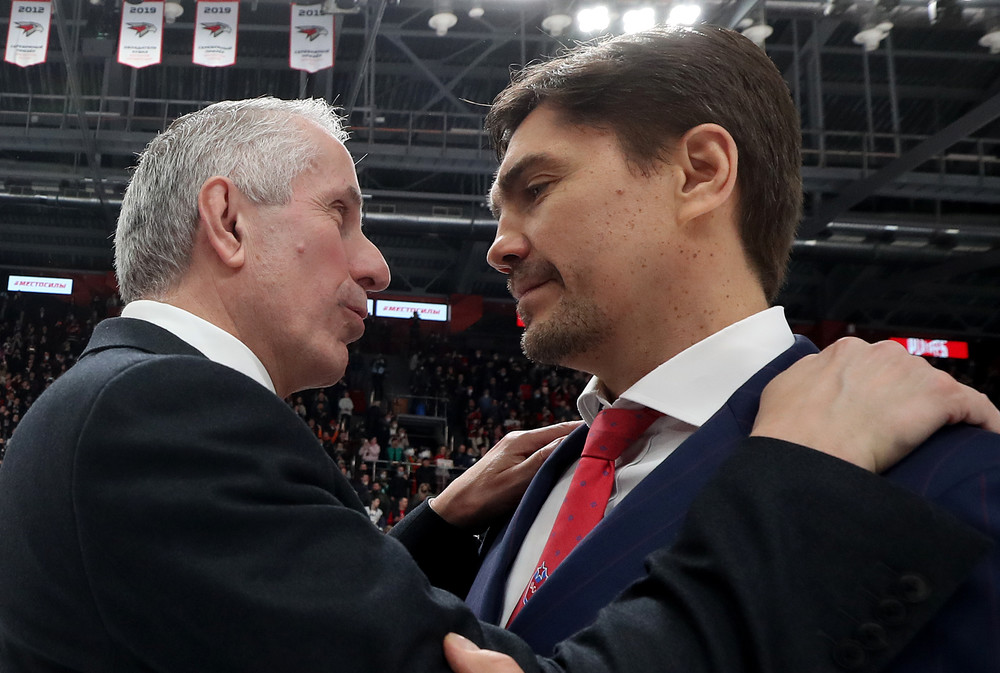 I’m happy that today we have seen a team win the Gagarin Cup, because last year we could not do that. Avangard, on home ice, in front of its own fans. We know this team is in a difficult situation, unable to play in Omsk, but there is a big travelling support from Omsk and local fans have also taken this team to their hearts. They are celebrating today.

It was a tough season for all of us, lots of things were happening and it was hard to prepare for them. We’re happy that we got to the end of the season and had a full playoff. Avangard looked good all through the game, you could see the players’ commitment in that 3-on-5. The defensemen blocked so many pucks. You could see the desire to win, but nobody should criticize CSKA. In any game, sometimes it works out and sometimes it doesn’t. Today it worked out for Avangard. The highlight off the season was completing the Gagarin Cup final. Now we have a new name on the trophy, Avangard won it for the first time. We didn’t miss a season and it’s in the history books that Avangard worked hard for this for a long time and now it’s the seventh team to win the cup. 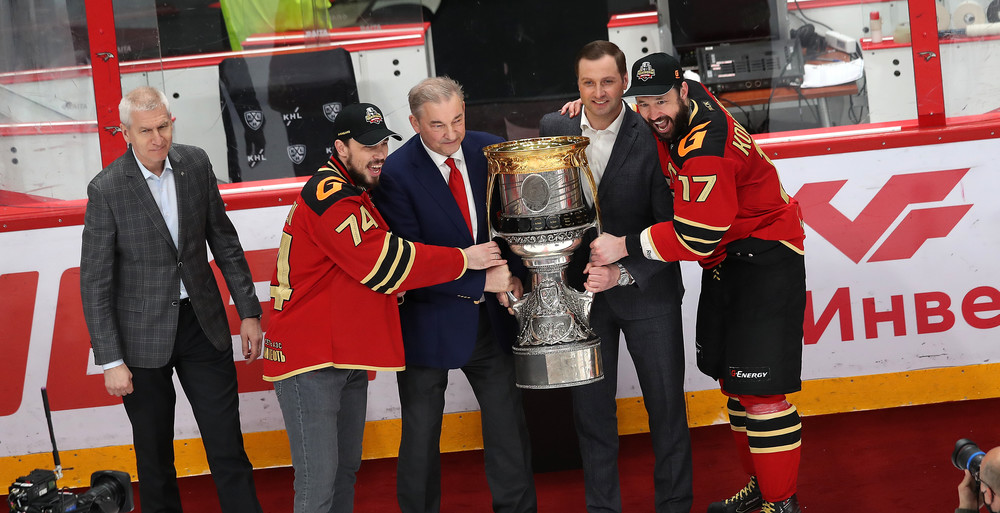