Man of the Week — Simon Hrubec

It doesn’t often happen that a cup-chasing netminder hasn’t even started the season with his current team. Simon Hrubec landed in the KHL last year, when he posted an impressive 93.2% with the Kunlun Red Star, ending in the top-10 goalies of the league for saves percentage. Unsurprisingly, the Chinese franchise renewed its ties with Hrubec, signing him to a new one-year deal in March 2020. However, the Dragons had a rocky start of the season, with Hrubec winning only one game in his first ten appearances for Kunlun. In early November, despite counting on a solid goaltending duo in Igor Bobkov and former Gagarin Cup champion Emil Garipov, Avangard announced to have traded Simon Hrubec off the Kunlun Red Star for monetary compensation. The Czech netminder will then lead the Hawks to a well-deserved second seed in the Eastern Conference, posting an impressive 92.9% and a goals-against average of 2.09. However, it was in the playoffs that Hrubec showed all his potential. Further improving his numbers, the Czech goalie showed exceptional composure and played lights out in both the East finals against Ak Bars and the finals against CSKA. The culmination of his postseason greatness was game five’s 26-save shutout. With the Hawks at just one game from their first Gagarin Cup, Hrubec has a fantastic chance to be the first goalie from the Czech Republic to lift the Gagarin Cup.

Simon Hrubec was born on Jun. 30, 1991 in Vimperk, a town in Bohemia renowned for its glass-making and printing traditions, and the local HC Vimperk, where Hrubec started playing. His father Stanislav is currently a goaltending coach for the Czech side Motor Ceske Budejovice, while his younger brother Matous stayed off the goaltending art and is currently a forward for Ceske Budejovice in the Czech U20 league.

Simon himself spent several years in Ceske Budejovice, getting his first start in the Czech U18 league in 2007 and staying there until 2012. After a strong 2011-2012 while loaned in the second-tier Czech league, Hrubec moved up to the top-flight division and spent the next seven seasons with the HC Ocelari Trinec. Never playing abroad, he climbed up the ranks, getting a trip to the 2019 IIHF World Championship in Slovakia, where he played two games for the Czechs. The 2018-2019 season was the best in career for Hrubec. He led Trinec to the side’s first championship since 2011, and was awarded MVP of the playoffs honors.

At that point, after dominating the Czech league, Hrubec needed a new challenge. He then signed a one-year deal in the KHL with the Kunlun Red Star. Moreover, he was an MVP not only in the Czech Republic, but also in the Champions Hockey League in 2017-2018, despite Trinec surrendering in the semifinals.

With his new team, Hrubec started gaining pace quickly and had several excellent performances with the Dragons. Despite solid goaltending from the Czech netminder, however, Kunlun Red Star failed to reach the playoffs, finishing only four points off the eighth-seeded team, Neftekhimik Nizhnekamsk.

The Dragons signed Hrubec to a new one-year deal, but this time the start was much more challenging for the Mytyschi-based Chinese franchise. After ten games, Hrubec was then moved to Avangard for monetary compensation. This move seemed odd at first sight, considering that Bob Hartley had at his disposal one of the top goaltending duos in the league. However, Hrubec played great since the beginning and had his first shutout in his sixth game only, when Avangard downed Ak Bars with a 3-0 score. He will then add another six shutouts, including four in the playoffs, for an incredible first season with the Hawks. And with game six coming tonight and Avangard up 3-2 in the series, Hrubec might find himself an MVP again. 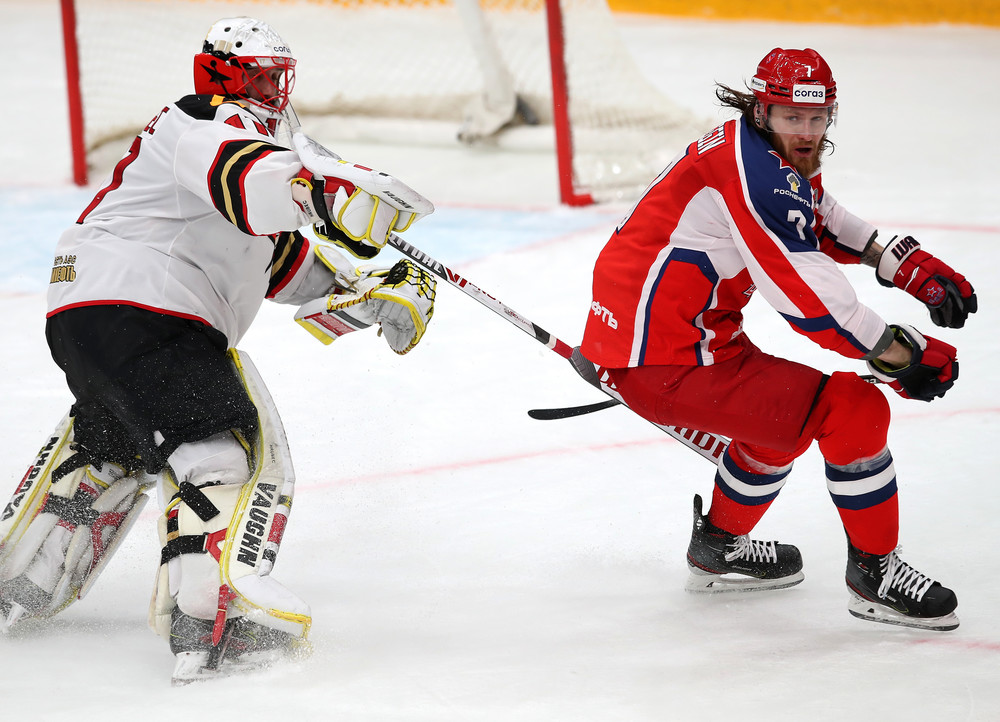