KHL.ru’s weekly column goes on with game seven’s hero Oliwer Kaski. The Finnish blueliner potted a double in the decisive game seven to give the Hawks the second trip to the Gagarin Cup finals in three years — including striking the game-winner in OT.

Oliwer Kaski’s heroic play in the crucial seventh game of the series against Kazan will be remembered. And rightfully so. Not only did he score two goals on a playoff night — which is quite a feat on its own — but he did it in a do-or-die clash and decided the outcome of the series with an OT strike that sent home Ak Bars at the Tatneft Arena. Then, the Finnish D-man also had an assist as Yegor Chinakhov opened the score in the first period of the first match of the Gagarin Cup finals against the Red Army, which the Hawks won 4-1 at the CSKA Arena. Kaski, and Avangard in general, have a knack for away games this year.

Oliwer Kaski was born Sep. 04, 1995, in Pori, a city on the west coast of Finland, home to the popular Assat hockey club. Hailing from the Assat organization are players like Jokerit’s Jesse Joensuu or former Torpedo and Dynamo Moscow’s Sakari Salminen. But earlier, one of Assat’s captain was Olli Kaski — Oliwer’s father, who had a fifteen-year long career as a professional hockey player in Finland, Sweden, and Germany. A defenseman, just like his son, Olli Kaski ranked up to the Finnish national team, although he never led the Aces to an SM-Liiga title. Kaski followed his father’s footsteps playing on the blueline, but his career had a different path. After paying his dues with the Assat junior teams, he then spent a year in North America. However, he didn’t line up for one of the CHL sides like it often happens. Instead, he spent the 2015-2016 season with the Western Michigan Broncos in the NCAA. The next year, he returned to Finland and had his debut in the top-flight domestic league with HIFK, scoring 6 (2+4) points in his rookie season and appearing in 12 playoff matches for the Helsinki side, scoring a goal and an assist.

Climbing up the ranks

In 2017-2018, a more experienced Kaski helped HIFK win the bronze medal in the Finnish Liiga, scoring 16 (9+7) points in the regular season and 7 (3+4) in 13 playoff games. However, Kaski had a breakout year only when he moved to Lahti. With the Pelicans, the Pori native ended in the top-10 players in scoring, amassing 51 (19+32) points in 59 regular-season games. He scored only one point less than Vityaz’s Justin Danforth and six fewer than league-leading Malte Stromwall. His outstanding shape earned him a call to Team Finland, and he helped the Leijonat winning gold at the 2019 IIHF World Championship in Slovakia. Naturally, it was clear that he outgrew the Finnish Liiga, and he signed a deal with the Detroit Red Wings of the NHL.

Kaski was thus ready for his third stint across the Atlantic — he lined up for one game in Dallas back in 2012. He started the season with the Grand Rapid Griffins of the AHL, but he was then traded to the Carolina Hurricanes in December. With the Charlotte Checkers, he found back his scoring touch, contributing to the cause with 11 goals in 35 games. However, as an impending free agent, he decided to return to Europe, signing a deal with Avangard in the KHL.

Kaski’s move to Bob Hartley’s team was a success. After signing a one-year deal in the offseason, the Finnish blueliner scored his first goal in the KHL in his third game, when Avangard got rid of Amur 8-2 on home soil. A fantastic shooter and an excellent puck controller, Kaski ended his first campaign with the Hawks registering 34 (13+21) points on the blue line, leading all Avangard defensemen. But in the playoffs, he was even better, especially considering his fantastic double in game seven. Now with the series with the Red Army tied at one, Hartley will certainly need another similar performance from his top defenseman. 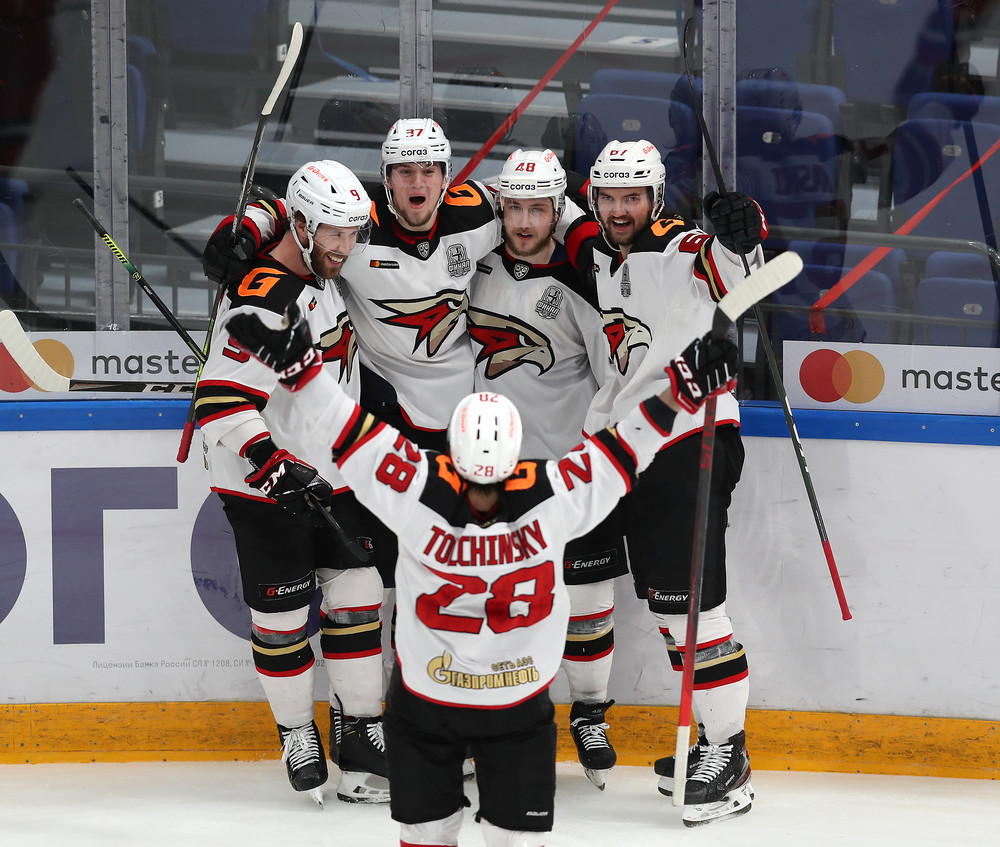