In this interview with KHL.ru, Amur’s captain Michal Jordan talked about the difficult season in Khabarovsk, his stats, his coach’s expectations, and his plans for the future.

It has probably been Michal Jordan’s best season in his career, even if he had to sit for quite some time due to different injuries. Amur’s head coach Sergei Svetlov appointed him as the team’s captain, and recently, Jordan was called to the Czech national team.

“After we ended our season, I’ve spent two weeks in Khabarovsk,” said Jordan, who produced a career-high 20 (9+11) points on the blue line for the Tigers. “The Czech Republic situation was tricky due to the pandemic, and everything was closed down. We then spent two weeks in Moscow with the whole family, where we also met Jiri Sekac, and now we’re at home. However, we didn’t manage to reach the Czech Republic, that I was called to the national team. And now I’ve got three days out, and finally, we’re at home, even if I’ll soon depart once again to start practicing.”

Jordan last represented the Czech Republic on the international stage at the 2018-2019 Euro Hockey Tour. “I hope that I’ll play at the upcoming World Championship; representing my country is always an honor. I think I have good chances, but we’ll see. There are still five to six weeks until the start, and other players who now are in the NHL or the domestic league will join later. I’ll do whatever I can to skate at the World Championship so that if I don’t get to the final roster, I can say that I did all I could.”

It has been a rocky season for the Tigers. The Khabarovsk side finished in tenth place in the Eastern Conference standings and missed postseason qualification for the third time in a row. “I can’t call it a successful season,” he confirms. “We missed our goal of reaching the playoffs. Naturally, things were even more complicated due to the current world situation as so many players were ill right before the start of the games. Amur played its first eight to ten games with its junior team. We didn’t gain any point in the standings and lost game after game. I think that if things were normal, we could have a good chance of reaching the playoffs. Talking about me, this season, I set a career-high for points. I’m glad for this as I always set a goal to play better than the season before. I hope that the next year I’ll be even more useful for the team and help in reaching the playoffs.”

Moreover, Jordan set his career-high playing more than 20 games fewer than last year. “Starting the season was hard, I picked up the virus two or three days before the start of the regular season and I had to miss three weeks,” he explained. “I wanted to help the team, so I returned as fast as I could, and I had to miss another month due to another injury. Regarding my numbers, I didn’t change anything in my game; I practiced this offseason as before, and my style didn’t vary. This year, our team scored more goals, but we also allowed so many goals.”

Jordan was also named the team’s captain this season. “Frankly speaking, I didn’t think that I was going to be picked. Last year, our captain was Tomas Zohorna, and I thought this wouldn’t change. I took it seriously because I love Khabarovsk, respect the city and the fans, and play for myself and all of them. Wearing the ’C’ I took the games more seriously because the captain is an example for the rest of the team. This is why I was even more disappointed that we missed the playoffs again.” 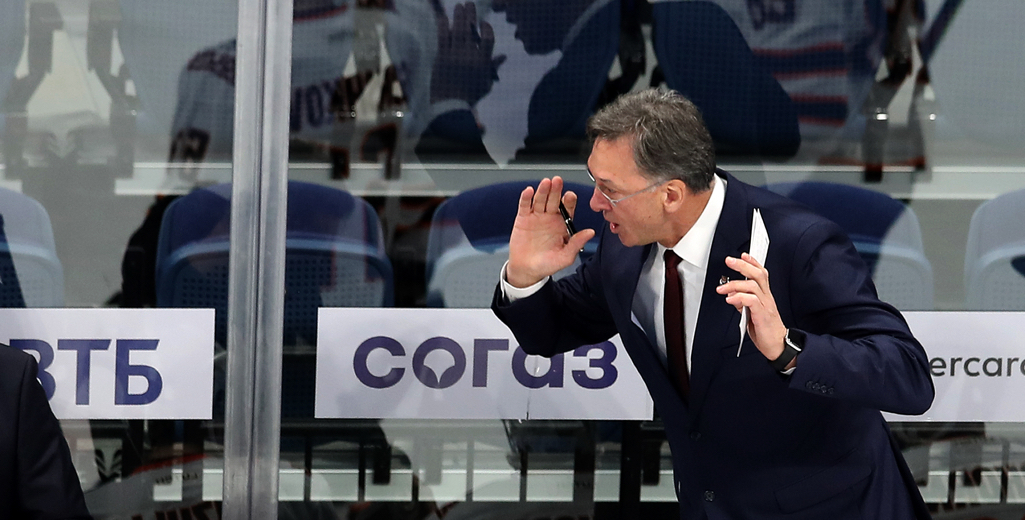 Amur changed its head coach earlier in the season when Pavel Torgayev was replaced by Sergei Svetlov, who returned to Khabarovsk after ten years. “He’s a good coach, and we played many excellent games under his direction. He has plenty of experience working in the Russian Far East, and he knows how to deal with many aspects of his job. I think that we played very well with him. He always wants us to play like one team, one family. To be not three forwards and two defensemen, but five skaters, as you win games as one team. And you also lose games like that, as this year we were better upfront, but worse on defense.”

This year, Amur managed to achieve a historical result when they had a sensational 7-1 win over Ak Bars. “Such wins don’t happen every day,” he recalls. “Moreover, it was my first hat-trick. Not only in the KHL but in my whole career. But I don’t think about it; I’m happier for the team’s result and the fact that we could achieve such a big win in front of our fans.”

The Khabarovsk fans are known for their support for the home team, and Jordan noticed it. “We had a fantastic support from the stands since the first day I’ve been here,” he says. “I love playing here; it’s just not the same when we are away. When we get to play in front of our stands, you can feel the energy and the support. Fans spend money and their own time to support us, even if it’s not the first season that we don’t reach the playoffs. This is very important for me, and that’s why I also ask our fans on social media to come and support us at the arena.”

In February,Tomas Zohorna left the team after six seasons, which naturally didn’t leave anyone indifferent. “I’ll miss him,” Jordan confirmed. “We spent three years and a half together here, we also played together with the national team, and our wives are friends. Time flies, but maybe we’ll meet again. It was sad to say goodbye after his last game. However, I understand him. He’s going to have his first kid, it’s a challenging time for all, and everyone understood that he wanted to be closer to his family. Naturally, emotions got the best of me, but I acted like a real man and didn’t cry” — he laughs. 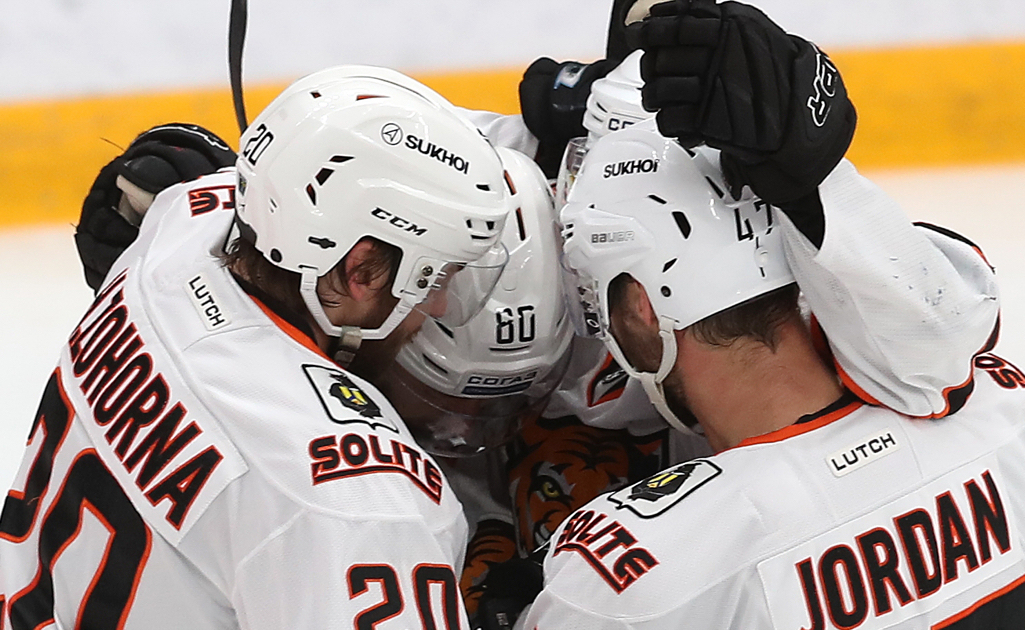 Next year, Admiral will return to the KHL after a one-year hiatus. “I’m glad that they will be back. I missed our Far East derby. Fans from Vladivostok visited our arena; the atmosphere was cool, and, naturally, it’s our only short flight.”

Jordan’s son, by the way, is now playing in Khabarovsk in the team’s kids hockey system. “First of all, I want to thank the KHL for helping with the papers to get my family in Russia. The situation in the Czech Republic is challenging; everything is closed down, and kids can’t do any sport. I’m glad that my son managed to get to Khabarovsk so that he can play hockey. I don’t attend his practices, but I’m always glad to attend his games if I can. He talks in Russian better than me — kids learn faster.”

Jordan’s contract is running out in two weeks. “I know that I want to stay in the KHL, but I don’t know yet in what team,” he explains. “Maybe I’ll stay in Khabarovsk; maybe I’ll move to another team. I need to take some time to think about all the possible variants.”