The two conference finals are living up to their billing, with West and East producing no end of intrigue. The Army Derby is turning into an epic battle, with SKA recovering from 0-3 to host game six tonight in search of a win that would tie its series against CSKA. In the East, every game so far has gone to the visitor, with Avangard up 3-2 on Ak Bars.

Can history repeat itself?

Only once in the KHL era has a team recovered from 0-3 to win a playoff series. That was in 2015, when Vyacheslav Bykov masterminded SKA’s epic fightback over his former club, CSKA. Fast forward to this week, and the parallels are uncanny. Once again, the Western Conference final is an Army Derby. Once again, SKA has a former CSKA head coach at the helm, this time Valery Bragin, who worked with the Muscovites in 2012, albeit briefly. And, once again, CSKA seemed to have matters under control after jumping to a 3-0 lead in the series. At the time of writing, though, Bragin & Co have hauled it back to 2-3 and play game six tonight on home ice in Petersburg? Will lightning strike twice, or will Igor Nikitin’s CSKA progress to its third successive Gagarin Cup final? 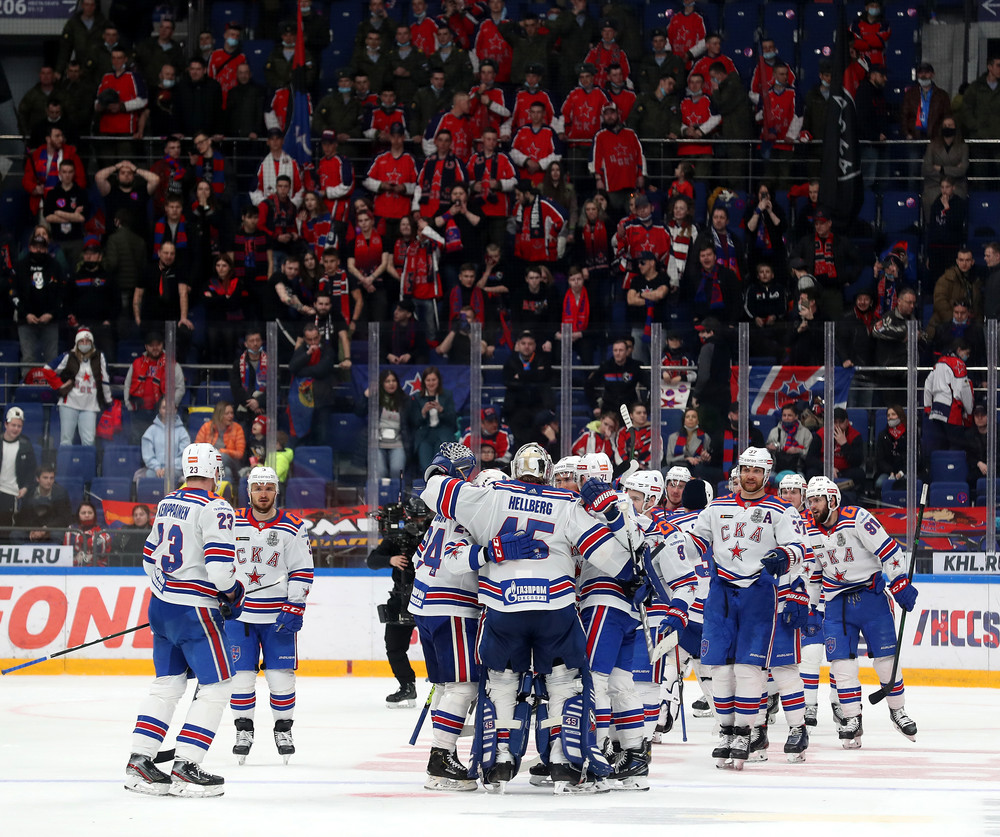 Reid Boucher was unable to extend his 17-game productive streak and set a new KHL record. Avangard’s American forward was silenced in game three of the Eastern Conference final as Ak Bars picked up a 2-1 victory and remains tied with Alexander Radulov for the league record. Since then, though, he has an assist in game four before potting the overtime winner in game five as the Hawks edged back in front. Now, Bob Hartley’s team has a 3-2 lead in a series that has seen every game so far go against the team on home ice.

Vasily Podkolzin, SKA’s 19-year-old forward, is making a big impact in post season for the first time. The youngster, a first-round pick for the Canucks in 2019, is on 11 (6+5) points in 15 playoff appearances this term — and he further embellished his reputation with a game-winning performance that included a winner in 3OT as SKA clawed back to 2-3 in its series with CSKA. Podkolzin currently ranks third for goals and fifth for points, lifted by 5 (3+2) points in his last two outings as SKA fights back in its conference final series.

Finnish center Sakari Manninen signed a new, two-year deal at Salavat Yulaev. Last season, the 29-year-old had 57 (21+36) points in 64 games over the whole season, forming a key part of the most prolific trio in the league alongside Teemu Hartikainen and Markus Granlund.

Andrei Martemyanov has been named as the new head coach of Sibir. The 58-year-old signed a one-year deal in Novosibirsk, with the option of a second season. Previously, Martemyanov coached Amur (78 games, 41 wins) and Avtomobilist (169 games, 99 wins). He replaced Nikolai Zavarukhin, who left the club at the end of last season. 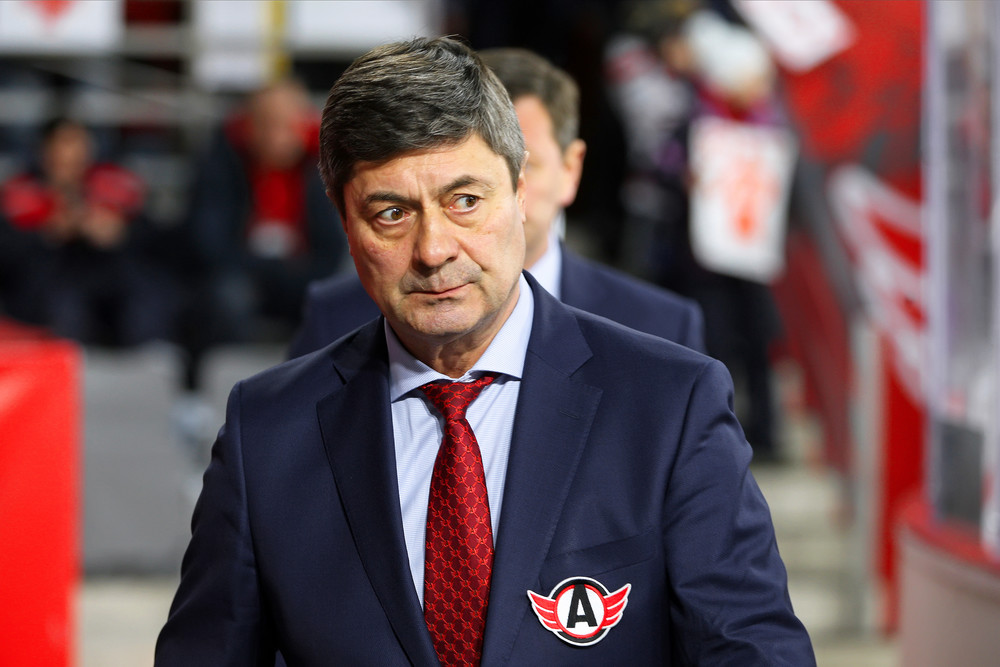 The Kharlamov Cup final is ready to roll, with Dynamo Moscow’s juniors ready to face Loko when the series starts on March 15. It’s Dynamo’s first time in the final — and the Blue-and-Whites already made history by completing the first three rounds without dropping a single game. Loko faced a bumpier road through post season but rallied from 2-5 down to beat Irbis 7-6 in overtime and continue its quest for a fourth title. Along the way, 20-year-old forward Stepan Nikulin scored twice, taking his tally to 10 goals and setting a new record for goals in a single MHL playoff campaign.

“No one gets far in the playoffs without luck”. Dynamo Moscow proceeds to Kharlamov Cup Semifinals 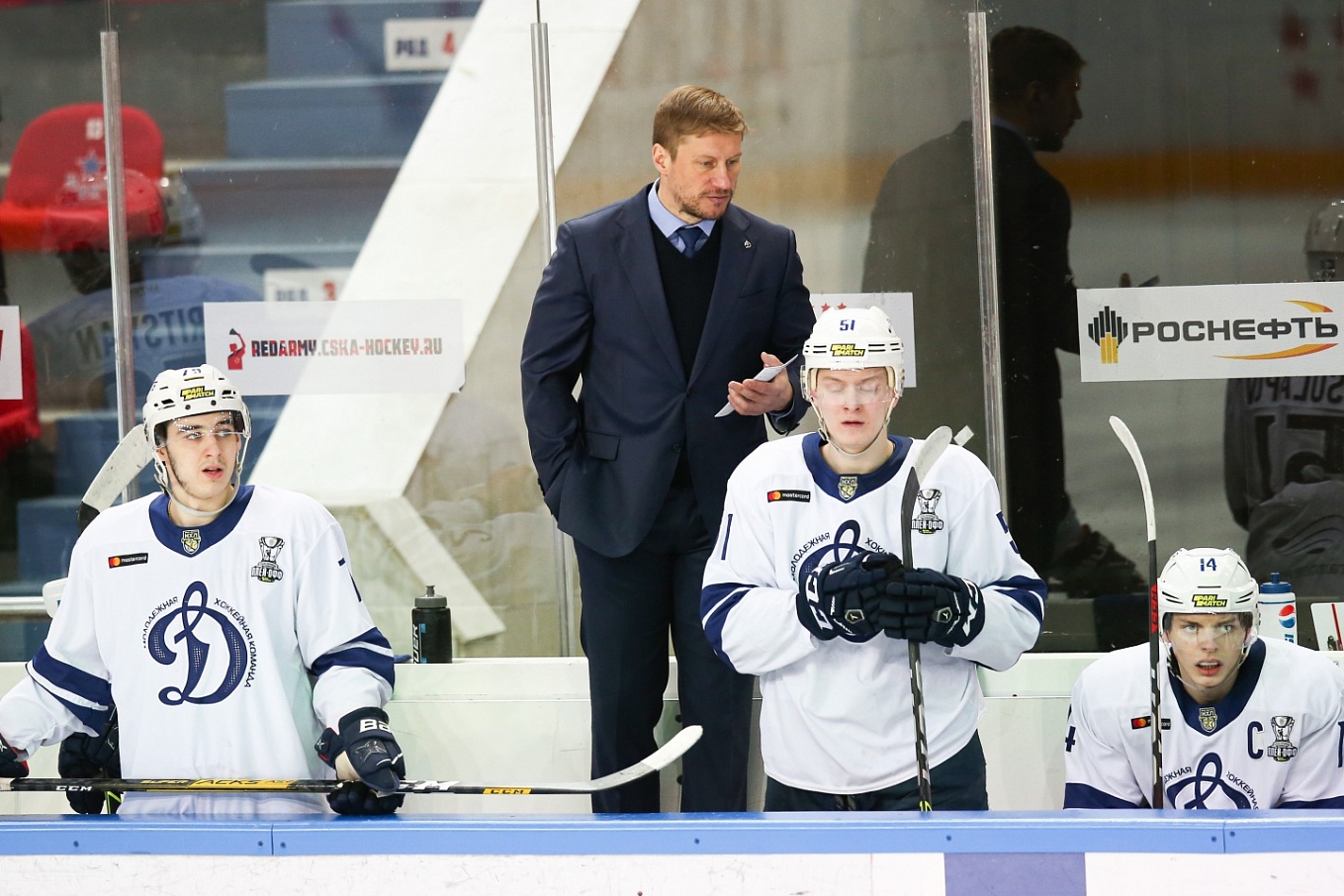 Evgeny Bobariko named 28 players to his long list for the upcoming World Championship in Canada. All but one of the players features in the Women’s Hockey League. Agidel and SKIF have the most representatives, with eight players each. Dynamo Neva, coached by Bobariko in the regular season, provides four players, as does Tornado. Two more come from Biryusa, with one each from KRS Vanke Rays and Zurich.