Man of the Week — Lars Johansson

KHL.ru’s weekly column ‘Man of the Week’ goes on with Lars Johansson, who is having a heroic effort as the Red Army continues its march towards the Gagarin Cup finals.

With CSKA being just one game away from yet another Gagarin Cup qualification, it’s time to celebrate its goalie’s efforts. For the first time, SKA managed to score on Lars Johansson in the playoffs, but there was little time to celebrate as CSKA quickly got the upper hand with the goalie posting 25 saves in the 5-2 Red Army triumph. But it wasn’t just a game: against SKA, Johansson posted a shutout streak of 181 minutes and 18 seconds before allowing a goal to Evgeny Timkin in game-3’s first period. It was the tenth-ever streak in the KHL history. However, SKA had little to celebrate, as the Red Army rallied back in the second period with two helpers by John Gilmour to go ahead and win the third match in a row. Tomorrow, CSKA may be the first team to qualify for the 2021 Gagarin Cup finals. And Lars Johansson had a massive role in this success.

Lars Johansson was born on July 11, 1987, in Avesta, a town in middle Sweden known for being a former copper and iron site as it was depicted in the historical coat of arms of the place. Today, the area is more known for its opportunities in the outdoor and sports world, and it’s not a case that both Johansson brothers ended up being professional athletes. Lars made a career as a hockey goaltender, while Martin — older by three years — is a Swedish orienteering, ski-orienteering, and cross-country skiing competitor, a medallist at the World Championship level.

“He’s way too good for me,” Johansson told KHL.ru in March when asked if he works out with his brother. “He runs too fast and skis too fast for me. I’m trying to stay away from ever working out with him. I can beat him in the gym, so that’s the only place we can compete. It’s always fun. We’re from a sporting family, and tried a lot of sports when we were younger. He liked running and cross-country skiing, and I stayed with hockey. It worked out well for both of us.”

After leaving Avesta and joining Mora in 2004, Johansson had his pro hockey debut in 2007, playing ten games in the then-called Elitserien. However, Mora’s tenure in the top-flight Swedish league was a short one, and the club returned to the Allsvenskan one year later, and Johansson stayed with the team until 2011. In the 2011 offseason, the goalie left Mora and joined the Allsvenskan side VIK Vasteras, with whom he spent the next two seasons, topping the league in saves percentage (93.7%) and goals-against average (1.88). 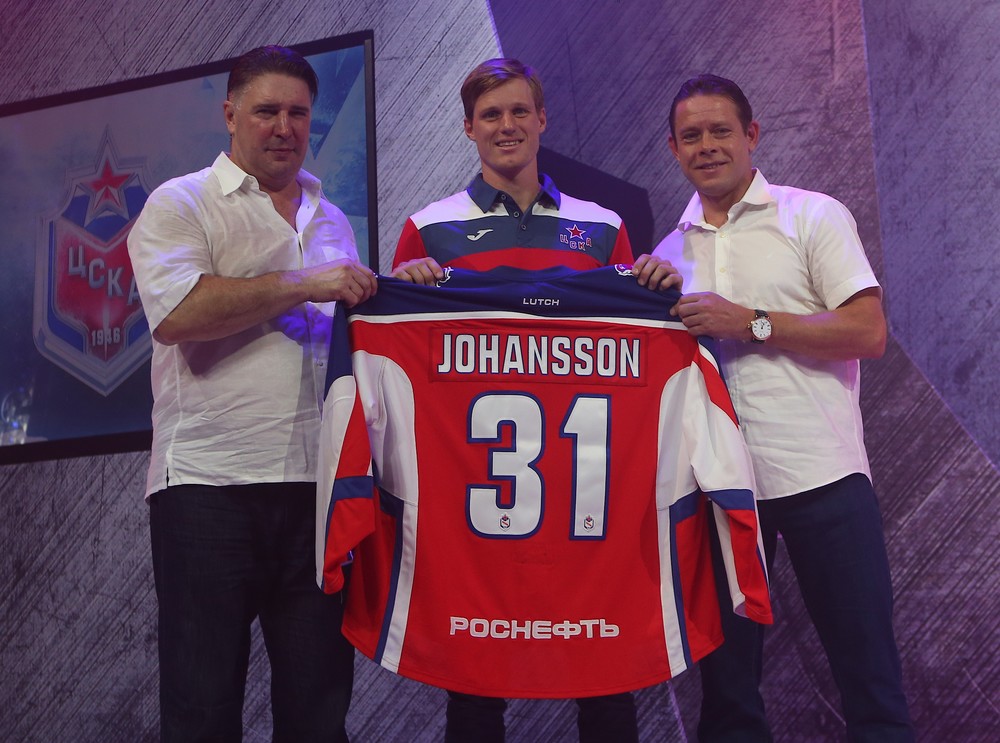 After his Allsvenskan accolades, Johansson joined Frolunda HC, one of the top teams in Sweden’s SHL. The 2015-2016 season was a historical one for the netminder, who backstopped Frolunda to SHL and Champions League’s triumphs, topping the league in all the main goaltending stats and being awarded Best goalie honors. Having outgrown his domestic league, Johansson was signed by the Chicago Blackhawks in 2016. However, he will spend the whole 2016-2017 campaign in the AHL, with the Rockford Icehogs, where he played 39 regular-season games. After one year in North America, Johansson crossed the Ocean back and signed with CSKA of the KHL.

In July 2017, CSKA announced to have signed the Swedish goalie to a one-year deal.

“I knew what kind of team it was,” Johansson told KHL.ru. “In our first year here, we played in the old rink. You walked into the locker room, and there were pictures and banners in the ceiling everywhere. In the beginning, you just soak in what kind of great players played there. It’s cool being a part of that. Especially in my first year, you saw a couple of familiar faces around, and Fedorov is still helping out with the team. You still feel like the history is a big part of it.”

Playing behind Igor Nikitin’s tight defensive system, Johansson posted incredible stats, topping the league in goals-against average in 2018 and 2020. However, in his first years with the Red Army, he was mostly a backup for CSKA’s rising star Ilya Sorokin.

“Ilya was obviously one of the best goalies in Europe when he played here, if not the best, but it was more fun for me. I came over after a tough season in North America, and after I watched him during the first practice, I was like, ‘Whoa, how am I going to compete with this?’ He’s amazing and played some of the bigger games, and it helped me to take my first steps over here. I saw that I had to be my absolute best if I wanted to play. We had a great competition on the ice, and a great relationship off the ice too. It was nice to have such a good goalie and prospect who worked hard every day. And for me, like I said, I had a little bit of a tough season before I came over, and it made me get back to competing and trying to play my best every day.”

In his second season with CSKA, Johansson helped the Red Army triumphing in the Gagarin Cup finals, playing a mere ten minutes in a conference finals clash against SKA. This year, he has a tremendous chance to lift the Cup again, but this time as CSKA’s number one goalie. 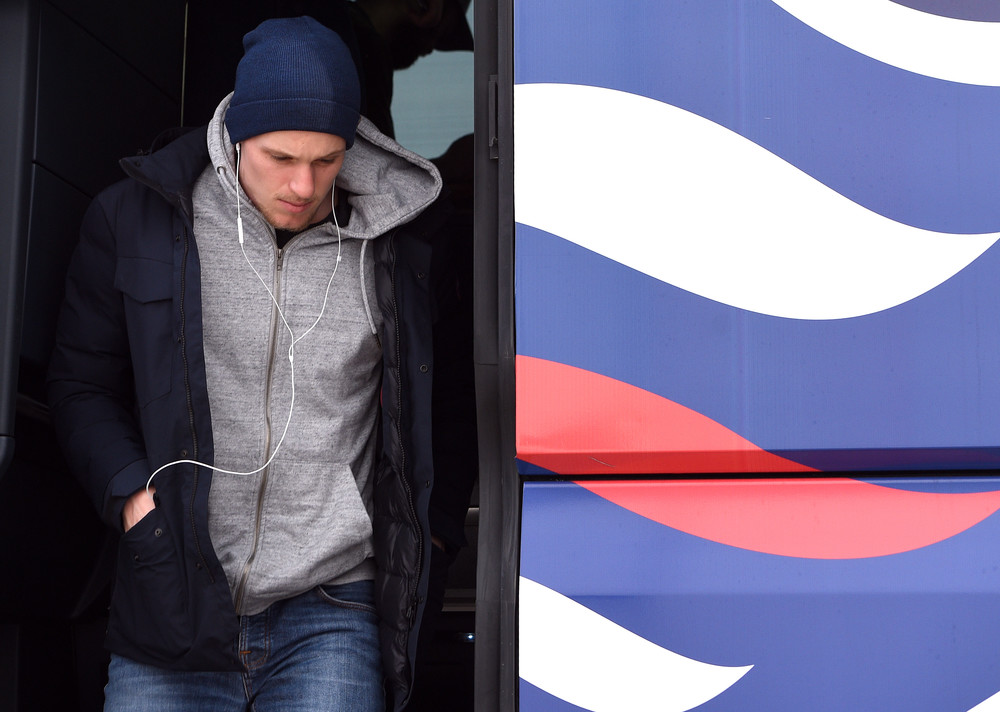