The playoff first round’s best rookie first-round tells KHL.ru about working with Mikhail Grabovsky, getting motivated by Woodcroft, advice from Ovechkin, and will to represent Belarus on the international scene.

After joining Dinamo Minsk in the latest offseason with several other young players earlier playing in North America, Alexei Protas helped the Bisons get to the playoffs. He scored 4 (1+3) points in five games against SKA. “[Being defeated by SKA in the first round] was a pity,” Protas said. “We tried hard, and I regret how the latest game ended. We wanted to go ahead as much as possible, but we faced a serious opponent.” Naturally, the Armymen were the team to beat in the first-round series, but Dinamo had a good showing against them in the regular season. “We had a chance,” Protas confirmed. “Even when we were down 0-3. We could win thanks to our character; we didn’t give up. Moreover, we were in excellent shape, which helped us throw a real challenge to such a serious opponent.”

In its last home game of the season, Dinamo could finally count on most of its fans to the arena. 13,056 flocked to the Minsk-Arena to see the home heroes defeating SKA in a tight 2-1 win. Protas didn’t score any point that night but finished the game with a plus-1 rating as he was on the ice when Denis Mosalyov tallied the deciding tally in the third period. “We played our last regular-season game in St. Petersburg,” Protas starts explaining. “I was positively shocked by SKA’s fans. Especially so when the whole arena sang the national hymn before the inaugural faceoff. When we understood that we would be facing them in the playoffs, I thought it would have been immensely helpful to count on the same kind of support. I’m glad that Minsk-Arena was almost sold out. I visited the games there when I was a kid, but playing in front of such a crowd is incredible. We truly felt the fans’ support, and I think that our series was one of the best in the whole first round.”

Protas’ words are even more inspiring if considering that earlier he was playing in Canada. “When I was playing in the WHL, the arena was regularly packed with fans. Fans would even sleep in the parking lot just to have a chance to buy tickets! However, our hall in Prince Edward would only allow a bit more than 3,000, while in Minsk, we could have 15 thousand. Naturally, it’s two different things. It was a big party for the city and the whole country. Fans from all over Belarus appeared in the arena; it was a big event since Dinamo missed the playoffs for a long time.” 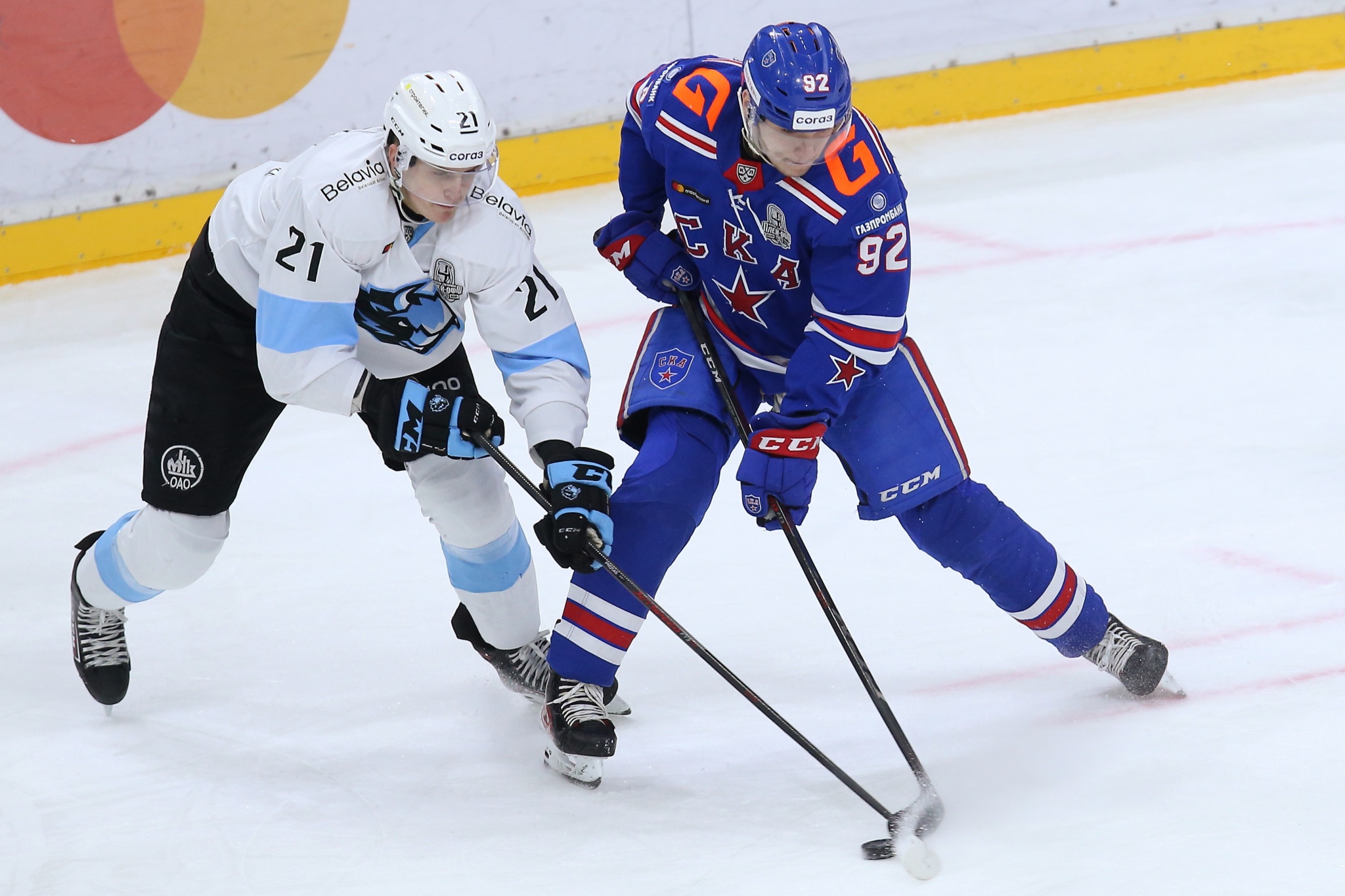 “Craig Woodcroft can raise his voice, and it helps”

Dinamo had quite a young lineup, and usually, such teams need a strong motivator on the bench. “Craig [Woodcroft] is adept at motivating players. I knew it earlier, but feeling it yourself is a whole another thing. He always knows how to find the right words at the right moment. He can also raise his voice, and it helps.”

Moreover, Protas could take advantage of working the whole season with a Belarusian hockey legend like Mikhail Grabovski, a decorated player with more than 500 NHL games under his belt. “Grabovski helped me a lot,” Protas confirms. “We constantly watched the games together. He achieved a lot in his career, even if injuries didn’t allow him to fulfill his potential. However, as a coach, he can explain and show a lot of different things. In front of me, I had a living example of a Belarusian player who played at the highest level.” 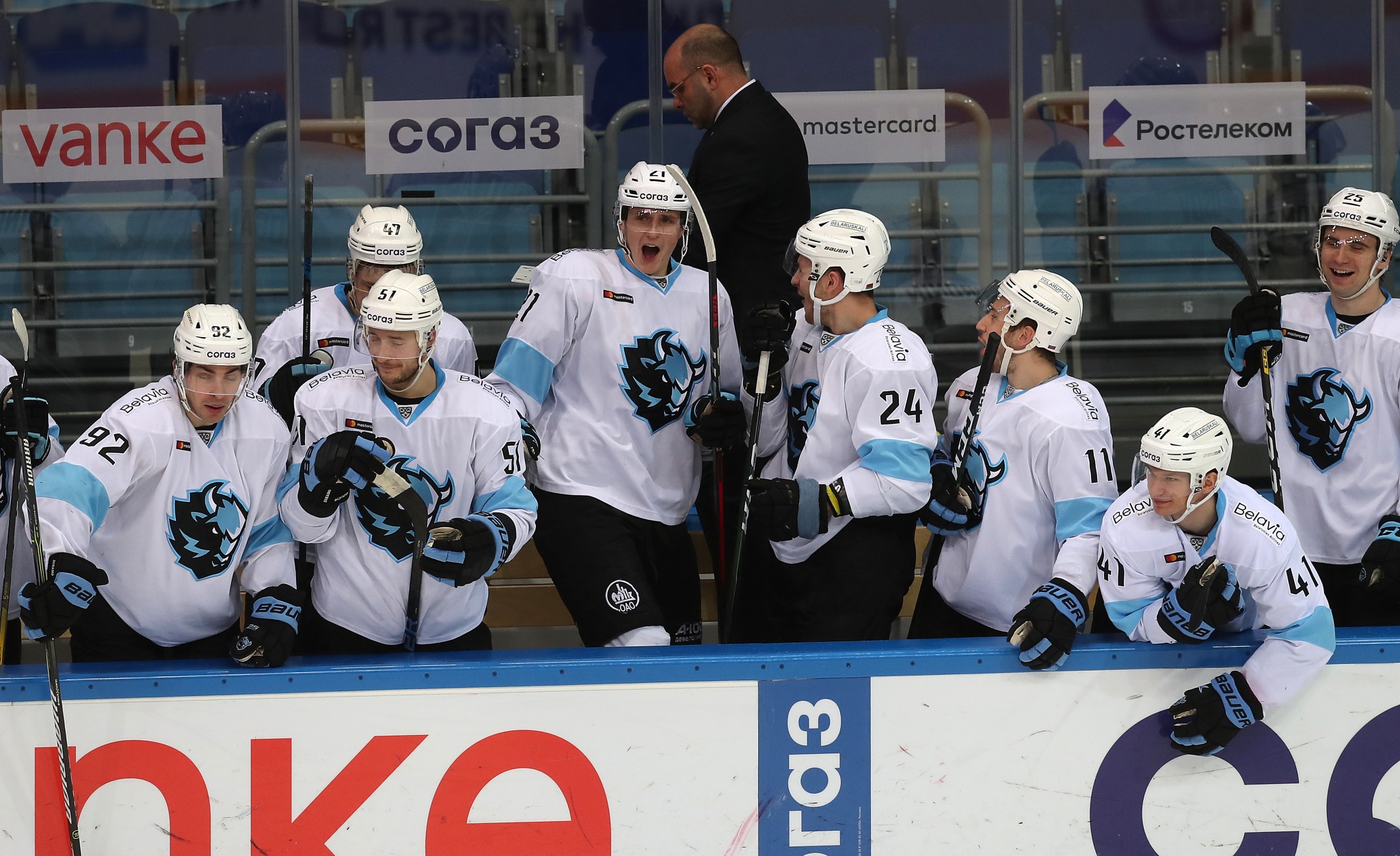 “Other players had a chance to showcase themselves”

This summer, the young forward returned home after spending the latest two seasons overseas. “In the offseason, the virus had its plans — at that moment, only the KHL was playing hockey. I was happy to accept Dinamo’s offer, and it was great that the club decided to gather all the best young Belarusian players and give us a chance to develop at home.” However, differently from Yegor Sharangovich, Ivan Lodnia, and Maxim Sushko, Protas spent the whole season in Minsk. “The clubs had different agreements,” he explains. “Due to the pandemic, it was hard to gauge what was going to happen in North America. I also thought that, for my further development, spending the whole season at home would have been a better option.” Naturally, losing these players had its impact on Dinamo’s game. “We could have more chances [if they staied],” he said. “Sharangovich was one of our team’s leaders. Lodnia played several games in the first lines, and Sushko also offered something to the team. However, after they left the team, other players had a chance to showcase themselves. Interchangeability was crucial for our squad to succeed. We learned to get an advantage from it when the coronavirus outbreak hit the team and several players and to sit out the lineup with new ones coming.”

Now that Protas broke into the KHL, the next natural step will be representing Belarus on the international scene as a new generation of players is growing. "I really want to play for the national team. I know most of the guys as we played together in the junior teams, and I hope that we’ll meet again with the senior one. I think that the fans, the functionaries, and the whole hockey scene saw young Belarusian players and our potential. Of course, we want to be the players who will overcome a generational shift and that the fans will cheer for. I hope that our generation will be a successful one for our national team.

Alexander Ovechkin once told Protas to work hard, and everything will come. It looks like the young forward is trying to live by this principle. “I always remember this advice,” he says. “You need to believe in yourself, work hard, and never give up. Everything will be fine if you adhere to these principles.” Naturally, these words can sound a little obvious, but coming directly from such a player, it’s just not the same. “Of course, things sound different when coming from a player who achieved so much like Alex Ovechkin,” Protas said. “However, I know that he still wants to win an Olympics gold.”