And the winner is ... Wolf Dynamo!

All good things must come to an end — and we’ve reached the end of our first MascotsMania journey to find the best mascot in the KHL. The prizes went to the best performers, the members of the jury were tested on their own skills and dancer Dmitry Krasilov found his brother — all in the grand finale of our three-week marathon of mischief.

Sunday’s gala final was hosted by actress Irina Chesnokova, with help from Krasilov. The jury was made up of director and choreographer Egor Druzhinin, hockey expert and commentator Denis Kazansky plus singer and showman T-Moor Rodriguez.

To secure the title of the KHL’s Best Mascot, all the contestants faced three rounds of challenges. Each test was broadcast live and only the two strongest contenders would battle their way to the superfinal. For convenience, in the first two rounds the mascots were divided into four teams. 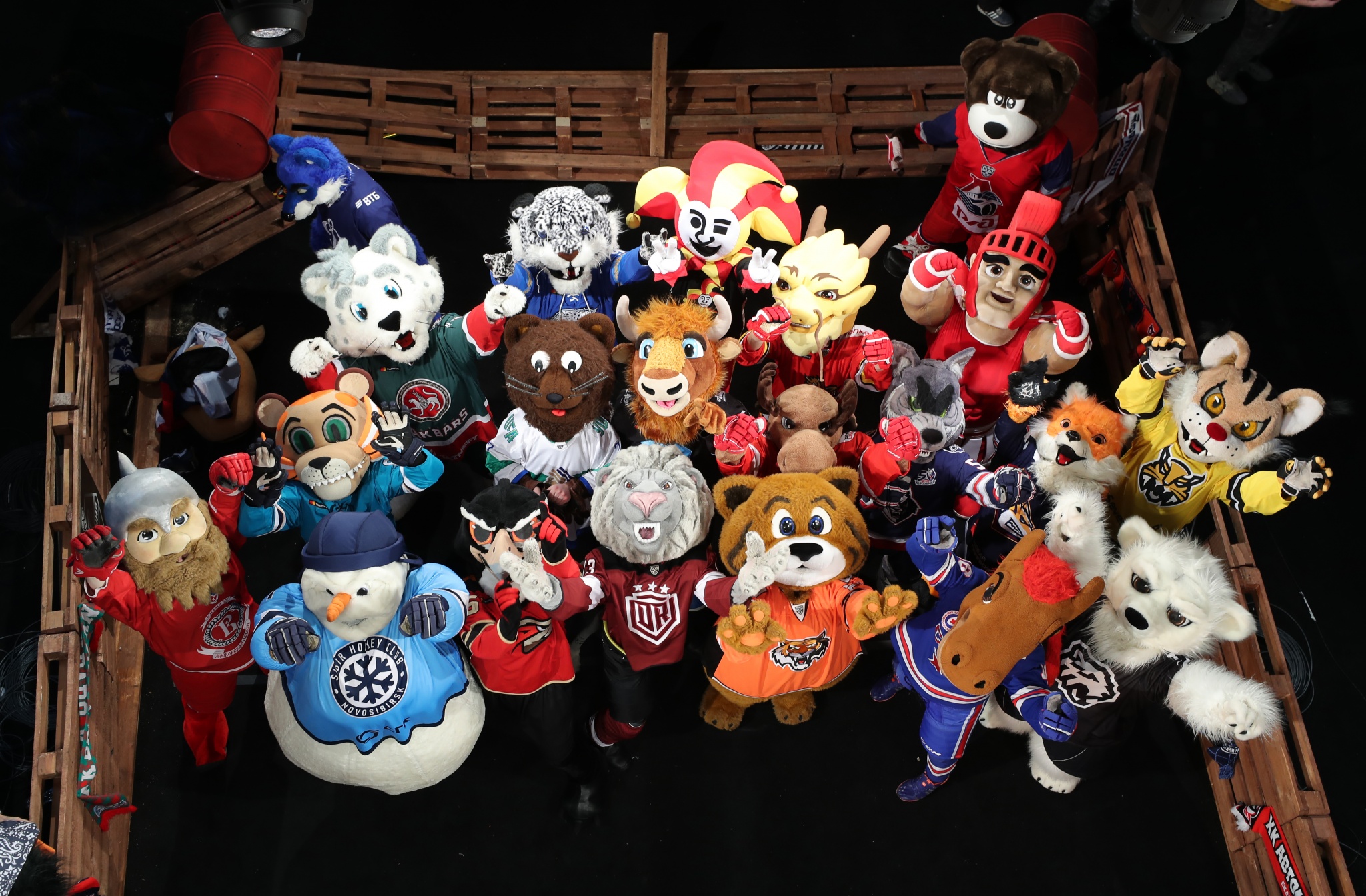 In the first stage, the mascots were asked to demonstrate their physical fitness. However, it wasn’t simply a matter of smashing a cross-fit routine; each contestant was challenged to produce a work-out that reflected his personality. So, while an e-watch counted the calories burned, each mascot had to work out how to make the fitness equipment on offer form a part of an artistic performance.

The second round tested our mascots’ musical skills — but instead of strumming on a guitar, they had to use a more familiar piece of kit and create a routine around a hockey stick. And so the fun began, with our budding Hendrixes played their instruments in several different scenarios: standing on burning coals, spinning, moon-walking and more. In the end, just four lords of the dance were left standing: Gladiator (Spartak), Polar Bear (Traktor), Wolf (Dynamo Moscow) and Barsik (Barys). 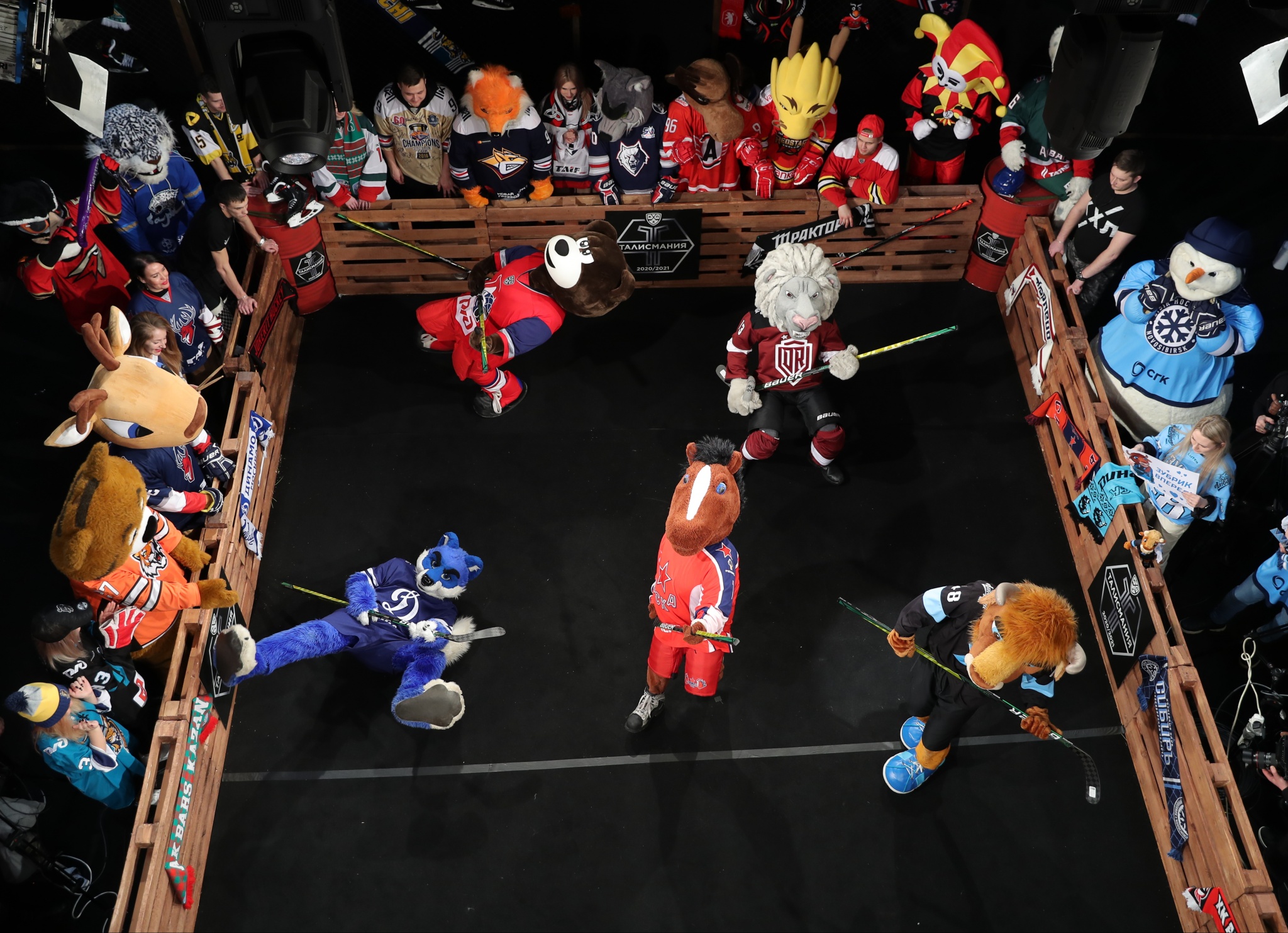 The fantastic four faced one final challenge — each contestant had a canvas and was challenged to illustrate the word or phrase on a card handed to them. However, they had just five seconds to sketch their masterpieces, then the members of the jury had to guess what was written on the card. Some contestants protested, arguing that they were disadvantaged because they had paws instead of hands, but the rules were the same for everyone. The two lucky winners, whose work was more recognisable, progressed to the superfinal — Dynamo Wolf and Traktor’s Polar Bear went head-to-head for the big prize.

That superfinal would decide everything, and our heroes had to guess which were the real answered given by hockey players in interview with journalists. Dynamo Wolf powered to a ‘shut-out’ victory here, claiming the title of the KHL’s Best Mascot and gaining a special patch to wear on his jersey when he heads home to continue entertaining the fans at Dynamo Moscow’s games.

In addition, during the show the prizes were awarded for the online stages of MascotsMania — the dance battle and the penalty shot show. By unanimous decision, Sibir’s Snowman won the prize for the best shot after he recreated Vladimir Tarasenko’s masterpiece from the KHL All-Star Game in 2012.

Picking a dance champ wasn’t so easy, though. The jury was unsure of its final decision. However, with all the contenders in the building, what could be better than settling it with a live dance-off? So, the stars of the six best dance clips were invited to strut their stuff once more: Hawk (Avangard), Mishka (Lokomotiv), Polar Bear (Traktor), Snowman (Sibir), Zubrik (Dinamo Minsk) and Wolf (Neftekhimik). Dmitry Krasilov set up the contest, laying down the beat and busting out the moves that the mascots had to imitate while impressing the rest of the jury with their individual interpretations. Krasilov recognized Snowman as his brother in the first round of the contest, but not even family ties could sway the verdict here — Polar Bear, from Traktor, outshone everyone to take the dance prize home to Chelyabinsk.

One of the other top dancers, Zubrik, also left with a prize. The Belarusian bison topped the poll in the fan vote for the Priceless Mascot award. He collected his statuette from the KHL’s partner, Mastercard, in a popular bonus category. In addition, Zubrik won a portable sound system — so fans in Minsk can look forward to even more sensational dance routines when the playoffs hit town. 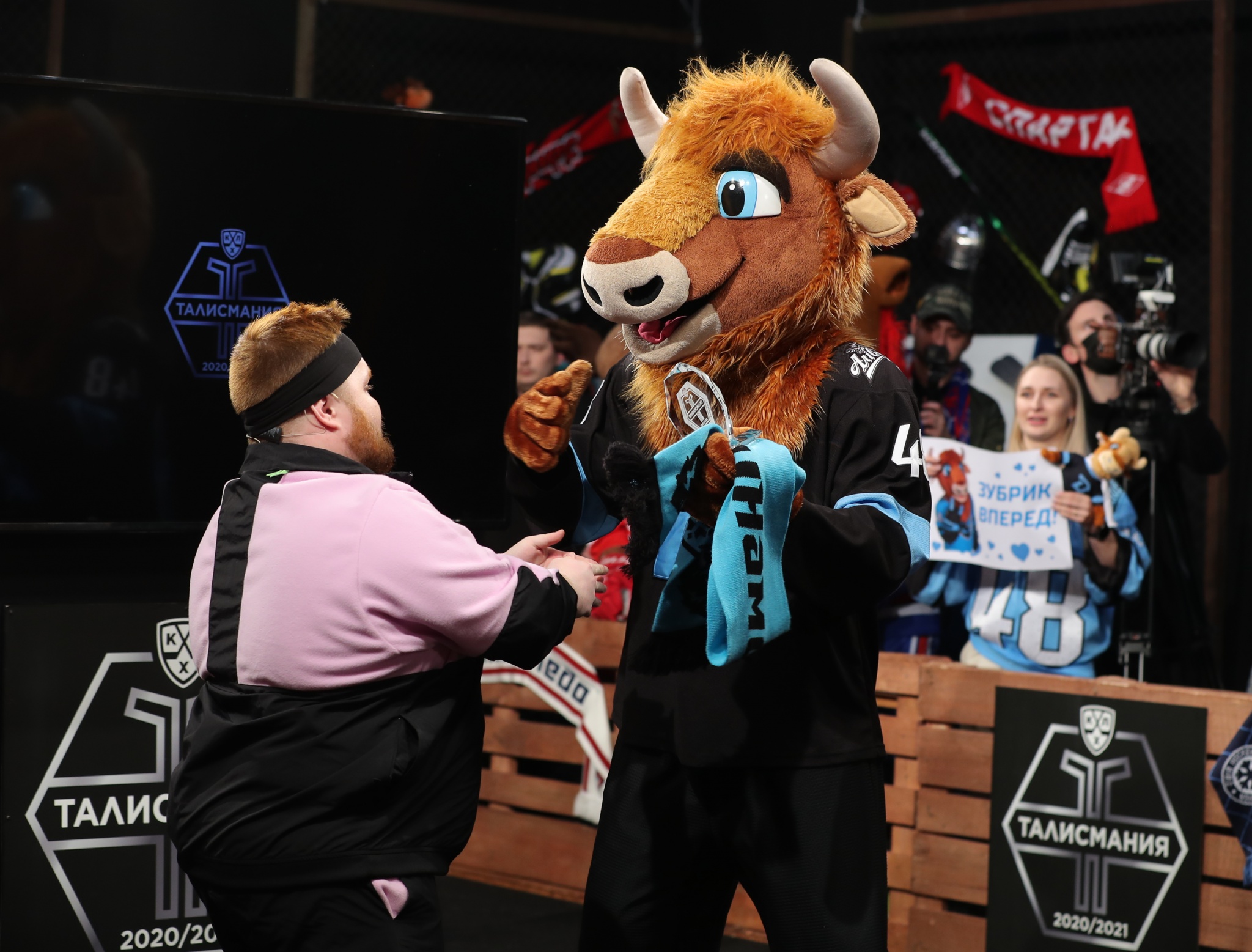