Henrik Karlsson: “Hockey without fans is another sport”

In this interview with KHL.ru, the Barys goaltender talked about the inner competition with Joni Ortio, the most challenging moments in this season, and work under Yuri Mikhailis.

It hasn’t been an easy campaign so far for Barys: in the offseason, many leading players left the Kazakh capital, then the preseason was pretty short, and the whole team sat in quarantine in September’s tail. However, despite all difficulties, Barys once again clinched the playoffs seven games to the end of the regular season. The 2020-2021 campaign is Henrik Karlsson’s fifth season in the club, and despite his age — he turned 37 in November — he still plays a substantial role for the Kazakhstani franchise. Moreover, he represents Kazakhstan on the international scene since 2018.

“I love competing and winning; that’s why I’m a pro for more than twenty years,” Karlsson said. “When the fire in me will die, and I won’t be satisfied with my game, then I will retire. But for now, I keep on enjoying every single minute.” 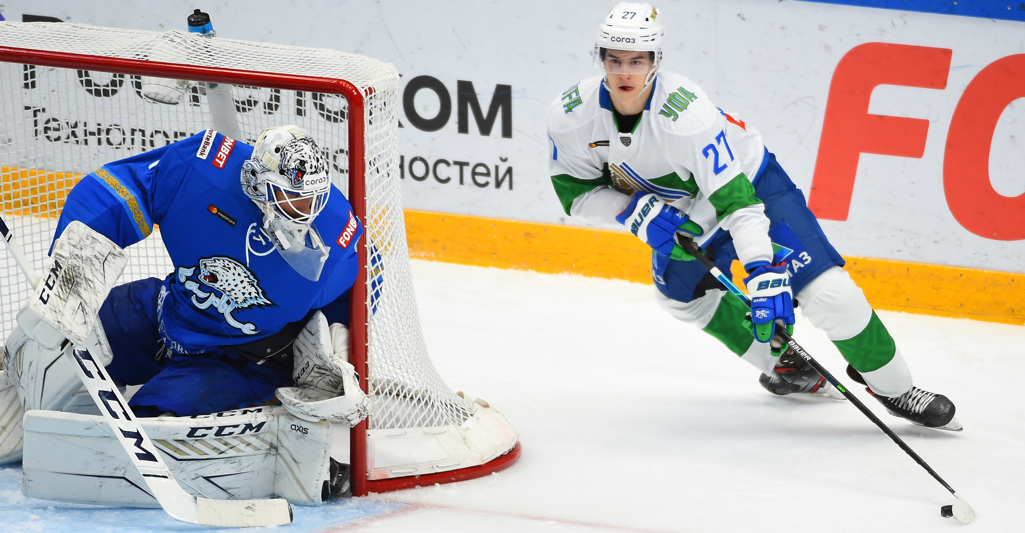 As it happens with most of the goalies, Karlsson had to sustain many critics in his career, especially by the fans. “Generally speaking, I have good ties with the fans,” he explains. “However, I can perfectly understand them. They want their favorite team to win, and they get disappointed if it does not. It’s not my first year in this world. It’s always been like that. The first to be criticized are defensemen and goalies, no matter the team. I can’t say anything bad about Barys’ fans. In all the five years I played here, they’ve been more positive than negative.”

Due to the COVID-19 outbreak, Barys — just like most other teams — had to play in empty arenas this year. And just like most other players, it’s a challenging novelty for Karlsson. “Playing without the fans is very hard,” he confirms. “We know how cool it is to play when they are in the arena. We love to hear their support. And now, it’s so silent without fans. But this is life, and now we don’t think it as we need to focus on our game and results. Naturally, what we miss the most this season are our fans. Hockey without fans is another sport, but we can’t do anything about it, and we need to focus on our game.”

As for the rest of the team, also Karlsson had his ups and downs this season. He said that his worst time of the season was the Nov. 10’s defeat in Yaroslavl, when Barys allowed the Motormen seven goals. “It was my first game after my injury. I didn’t play for two months, finally I had a chance to play, but it’s never easy to do so after an injury. And I blew it.” On the brighter side, his best performance happened on Jan. 21, when he shut out Dynamo Moscow in a tight away game, won 2-0. 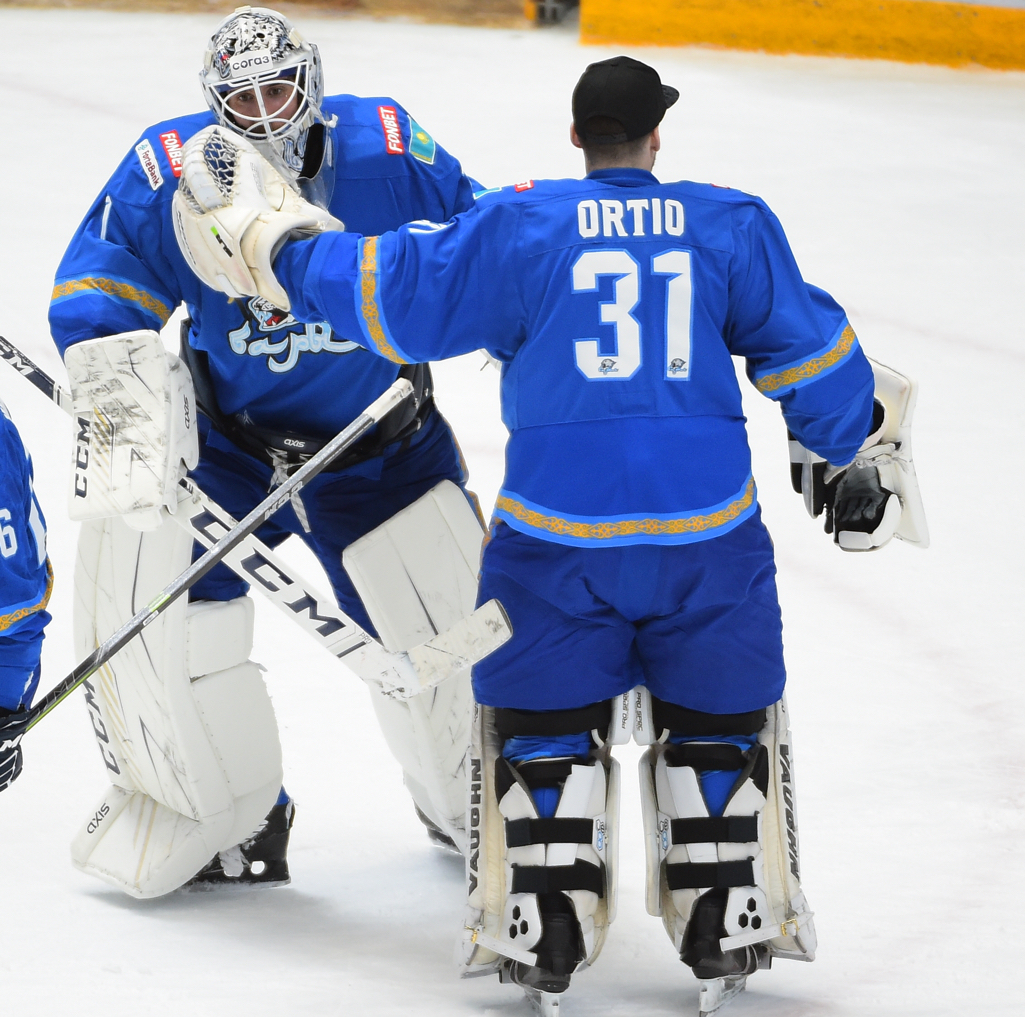 Even if Barys changed several players, Karlsson didn’t find it an issue. “Last year’s and this year’s teams are pretty much the same. We have a strong core of domestic players and excellent imports,” he said. “One of the best things is that every year, we have several younger players coming in and showing results. Today, it’s not just about Bochenski, Boyd, and Dawes, or other international players. Domestic players are playing better and better, and they deservedly are full-time team members. We have an excellent mixture of domestic and international players, and this is our key to victory.”

However, differently from other seasons, this year, Barys will have to start the playoffs far from home due to the seeding. “You always want to start the playoffs at home,” Karlsson said. “However, this season was hard. We had several new players and a new coach. Even though we’re not as high in the standings as we were last year, the team had an excellent job this season. It won’t be easy in the playoffs, but it’s always like that. We’ll do anything we can to achieve the best result. We had a good rest in the recent Euro Hockey Tour pause, and we’ll try to get as many points as possible in the standings to start the postseason on a positive note.” 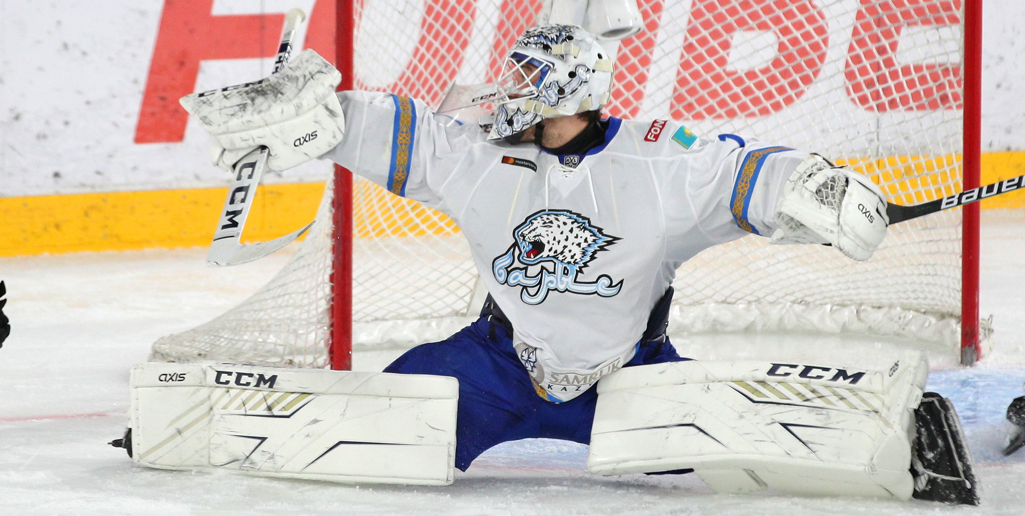 Initially, Karlsson didn’t think about spending so much time in Kazakhstan. “Frankly speaking, I wouldn’t say that I was about to spend five years here,” he said. “I thought that I would be playing one or two seasons. However, I like it a lot here, and time flies; I can’t believe five years passed already. For my family and me, Kazakhstan became a second home. My wife likes everything here: the people are friendly, the fans are fantastic, and the city is beautiful. I enjoy playing and living here, and I’m proud to have spent five seasons here. Playing in a place that I like and enjoy playing hockey is the most important for me.”

In 2019, Karlsson became a father when his wife gave birth to their daughter, called Cleo. “It’s still incredible,” he confirmed. “Unfortunately, due to the pandemic, I mostly had to live without my family this season. Thankfully, they could visit me for a couple of months. Of course, I can’t sleep as before or relax after a game as I did before, but it’s fantastic, and I’m delighted.”

One of the most significant novelties in this season’s KHL was introducing a league-wide salary cap. Karlsson confirms that it was a good step. “It’s a good step in the right direction,” the goalie says. “It raised the competition between the teams. Yes, there are still some powerhouses that are always on the top, but generally speaking, there’s more parity. Naturally, this season is hard to gauge due to the pandemic, but I’m sure that it will become even better.”

The Sweden native goaltender is optimistic for the upcoming playoffs. “However, we still have some important matches in the regular season,” he said. “We’ll try to prepare ourselves the best. In the playoffs, you never know what’s going to happen. I believe in our team; everyone feels great, we have fantastic chemistry in the locker room, and we’re like a family. It will be fascinating: there’s plenty of excellent teams, but I love the hard competition.”