Alexander Alexeyev: “Salavat Yulaev is 90% ready for the playoffs” 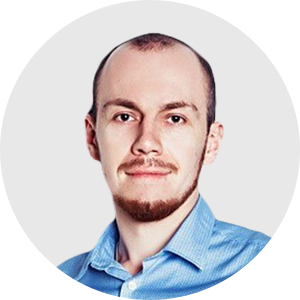 Salavat Yulaev’s D-man Alexander Alexeyev was awarded Rookie of the month in January. In 50 regular-season matches, he had 16 (8+8) points with an average time on ice of 18 minutes. Recently, the Ufa bench boss Tomi Lamsa said that Alexeyev has a bright future in front of himself because he plays a modern style as a “hybrid” defenseman. Moreover, this week, the Salavat Yulaev blueliner represents Russia at the Euro Hockey Tour’s Sweden stage.

“Being awarded as the top rookie of the month was a nice surprise,” Alexander Alexeyev said. “I need to thank my partners for having helped me in reaching this achievement. Frankly speaking, I was pretty surprised when I heard the news — I never received such an award in my career so far.”

The Ufa defenseman is having an excellent season, and his progress is evident in his game. “I noticed that in my whole career, I always experience a steep improvement after the New Year,” he explains. “Maybe I finally got full adapted; I started taking the initiative — it worked, I started gaining confidence, and everything came by itself.”

Alexeyev, 21, spent the 2019-2020 season in the AHL with the Hershey Bears after signing an entry-level deal with the NHL’s Washington Capitals back in 2018. However, since the North American leagues were halted due to the COVID-19 outbreak, the St. Petersburg native moved back to Russia for the 2020-2021 campaign signing in Ufa, the team that holds his KHL rights.

“I was very surprised by Ufa’s offer before the season,” Alexeyev recalls. “I think I’ve talked with the club just once when they traded for my rights from Metallurg Novokuznetsk in 2017. I discussed with my agent; we weighed all the pros and cons and took a final decision. Now I don’t regret anything; everything is great right now.”

Alexeyev, however, didn’t have such a prominent role within the team initially. He needed some time for adaptation since he spent the latest four seasons in North America. “The coaches first had to see whether I could actually play in the team. At first, I was given not so much room, and I wasn’t playing in all situations. I adapted quite fast, so I start seeing the ice more often. Here in the KHL, the game is at a level up; the players take responsibilities and try to create plays. I was impressed by some players’ passing ability: against Barys, Sakari Manninen gave me such a superb pass that I only had to score.”

Recently, Ufa’s bench boss Tomi Lamsa called Alexeyev a “hybrid defenseman”; that is, a D-man who excels at both ends of the ice and tries to play a 200-foot game. “I think that I play both as an offensive and a defensive blueliner,” he confirms. “I can run in both directions; I can defend and block shots, and I can also play physically if needed.” Moreover, Lamsa doesn’t limit Alexeyev in his game. “I have enough freedom,” he confirms. “Naturally, I am told continuously where to position better, for example, or when I need to play a more straightforward game. We played many games already, and I know when to play simpler.”

Alexeyev has played 50 games so far with the Green jersey, and the season had several memorable moments. “I remember very well our game in Helsinki,” the defenseman tells. “I played twenty-seven minutes that night as we had holes in our roster. I think that I played quite well, even if I ended the game with a minus-3 rating. Naturally, I enjoyed playing against SKA in St. Petersburg. I think I visited the SKA’s arena for the latest time when I was 13 or 14, and now it was my turn to play there. I had my birthday one day before the game, and my sister presented me with a cake with Salavat Yulaev’s logo. My parents and friends attended the game; it was a very emotional match.”

Having spent many seasons in Canada, then moving to Ufa, it can be said that Alexeyev is accustomed to playing in hockey towns. “I’m used to it,” he explained. “Whenever you go, people are going to say ’Hi’, taking a photo, asking how it is going, and asking to win the next game. Ufa lives and breaths hockey. Once I was going to my practices, some unknown persons approached me, said that I always play good defense, and asked me to stay with the team. It was great from their side.”

Alexeyev seems to be satisfied with the Salavat Yulaev’s season. “Generally speaking, we are having a fantastic season,” he said. “We had some problems with the COVID-19 outbreak, but it hit pretty much each of the league’s teams. It’s life; you need to learn how to come out of unpleasant situations.”

Coaches had a massive role in supporting the teams in that difficult period. “They helped us in staying positive,” Alexeyev explained. “They tried different approaches, and they had a huge effort to have the players staying positive and keep on smiling. These difficult periods get the team together, now we’re a tight unit, and we’re ready for the playoffs.”

Recently, Ufa had a positive streak and is currently at five straight Ws after shutting out Amur 4-0 on Feb. 7. “We started playing a simpler game,” the D-man said. “We tried to play according to the game plan. We try to do what we’ve told. That’s why we are showing such excellent results.”

Salavat Yulaev won twice in a row in Khabarovsk in January’s tail — their first victories there since 2016. “I think it was our goalies’ merit mostly,” Alexeyev said about the games. “Both matches were very hard. Long flights, a lot of time, and all this had its role. Moreover, Amur played a pressure-heavy style right away, but we were ready for this. We also had a little bit of luck, but I think that we showcased some good hockey there.”

Salavat Yulaev had a change at the team’s helm this offseason when Tomi Lamsa replaces Nikolai Tsulygin as the team’s head coach. “I think that Tomi is a fantastic coach”, Alexeyev praised Lamsa. “He’s a quiet but very demanding person at the same time. He isn’t a coach who yells around, but he can motivate us when we don’t do as he says. Tomi knows how to ’read’ his players; he’s an excellent psychologist. I think that Lamsa is a prototypical Finn coach who knows how to achieve results through his system and tactics.”

The regular season is close to its end, and while Salavat Yulaev hasn’t clinched the postseason qualification yet, Alexeyev feels ready for his new challenge. “I think that our team is 90% ready for the playoffs. We still need to fix a couple of things — like playing a more disciplined game, and kill more penalties. We need to work on our tactics a little bit, as the special teams will decide a lot of games in the playoffs.”

Salavat Yulaev this season boasts in its roster a couple of very talented teenager players in Rodion Amirov and Shakir Mukhamadullin. “They don’t ask me for advice, they prefer asking Alexey Semenov,” he laughs. “Frankly speaking, I think both need to play another two or three seasons in the KHL to gain experience and work on their body.”