KHL.ru’s weekly column goes on with Teemu Hartikainen. The productive Finnish power forward will soon break another record — he just reached the 50-point mark and has a great chance to surpass Esa Pirnes for the most single-season points by a player from the Nordic country.

It looks like there is no season without a new Teemu Hartikainen record. This time, he is likely to set a new record for the single-season most point by a Finnish player. In the KHL inaugural season, Esa Pirnes, a member of the then-folded Atlant Mytishchi, compiled 50 points in his lone participation in the league. Hartikainen also reached the 50-point mark, but he’s got over a dozen games in front of him — it’s hard to imagine that he won’t net even a single goal in these upcoming matches. By the way, even if it will be more challenging, Hartikainen’s linemates Sakari Manninen and Markus Granlund have a chance to break into the 50-point club, as they are at 41 (19+22) and 39 (13+26) points, respectively.

On Sunday, Hartikainen scored four in a game for the first time in his KHL career when Salavat Yulaev downed Ak Bars 7-3 in the Green Derby’s latest edition. Emotions were through the roof, and Kazan allowed too many powerplays to Ufa, with Hartikainen punishing the opponents with three powerplay goals. Losing a fantastic teammate like Linus Omark didn’t harm the Finn’s production — he scored the most points in his KHL career, and Markus Granlund has been a formidable new force for the Ufa franchise. The Bashkortostan side is currently the third seed in the Eastern Conference, and the best is yet to come for the team led by Tomi Lamsa.

Teemu Hartikainen was born in Kuopio, one of the top 10 Finn cities by population, situated in the country’s eastern portion. Other notable players from Kuopio include Sibir’s forward Juuso Puustinen and former Jokerit D-man Rasmus Rissanen. Hartikainen made his way through the KalPa junior system to emerge as the Finnish Liiga’s rookie of the year in the 2008-2009 season — oddly enough the same year when Pirnes set his KHL record. That period was eventful for Hartikainen: he was first drafted in the NHL by the Edmonton Oilers, then he had an excellent showing at the 2009 IIHF World Juniors in Ottawa, when he had nine points in just six games. Hartikainen had another superb season with KalPa, then moved on in his career, signing with the Edmonton Oilers.

After being dominant with KalPa, Hartikainen signed in the NHL, failing to make the same impression as he did in Finland. In three years overseas, he played 52 games in the NHL, scoring 13 (6+7) points. He had much more success at the AHL level. With the Oilers affiliate, Hartikainen had excellent stats, particularly in the 2012-2013 season, when he had 37 (14+23) points and helped the Oklahoma City Barons in a deep playoffs run with 15 (7+8) points in 17 games.

The Finn forward had his first NHL point in his debut game, assisting on a goal by Dynamo’s Magnus Paajarvi. However, his excellent performance in the AHL wasn’t enough, and as a free agent, he decided to sign in the KHL as an impending free agent for the Oilers.

In the 2013 offseason, Hartikainen signed with Salavat Yulaev Ufa in the KHL. In Ufa, the Kalpio native had the best years of his career, culminating with the 2018-2019 season, when he compiled 45 (17+28) points in 59 regular-season games, adding another 21 (8+13) in the playoffs. He always showed incredible chemistry with Linus Omark, but, as said, seeing Limpa going away hasn’t changed much for Hartikainen in terms of production. When Hartikainen joined Ufa, he was thought to be an excellent signing, but probably no one could imagine the kind of impact he had on the team and on the league.

However, after breaking several records, including the most points in the KHL for Salavat Yulaev, Hartikainen won’t stop. Other than breaking Pirnes’ record, the 500-game mark is right around the corner. 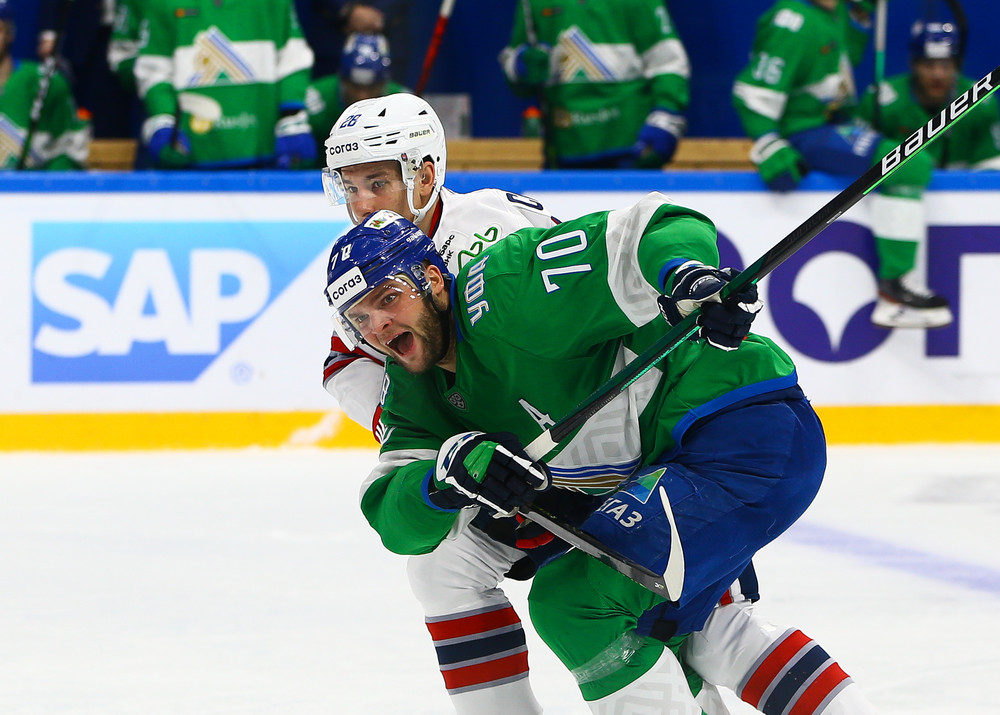