KHL players look to propel Russia to another medal

On December 25, the best junior national team on the planet will clash for the most coveted trophy in the U20 category: the WJC gold medal.

After last year’s event in British Columbia, the World Juniors are back to Western Canada as the 2021 edition will take place at the Edmonton Rogers arena of Edmonton, Alberta. Initially, the tournament was to be also hosted in Red Deer. However, due to the COVID-19 pandemic, the IIHF decided to go for a single-city event using a “bubble” strategy, similar to what was used in the recent NHL playoffs and the first Euro Hockey Tour two stages in Finland and Russia.

This year, in the round-robin, Russia will face Sweden, United States, Czech Republic, and Austria in group B. Group A will see clashes between Canada, Finland, Switzerland, Slovakia, and Germany. The host team is also the reigning champion, having won the 2020 editions in a hardly-fought, dramatic final match against Team Russia.

As expected, Yaroslav Askarov will be Team Russia’s starting netminder as he was in November in the Karjala Cup — he already played at the WJC level last year. Akhtyamov had a chance to play in yesterday’s preparation game against Team Canada, thus he’s expected to be Askarov’s backup.

On defense, a lot of hope is on the 2002-born guys. Daniil Chaika, Kirill Kirsanov, Shakir Mukhamadullin, and Yan Kuznetsov are all reliable D-men with good offensive abilities. All these players gained valuable experience this year, and they are expected to return in the 2002 WJC. Mukhamadullin, who was recently picked 20th overall at the NHL Entry Draft, scored 9 (2+7) points this year with Salavat Yulaev. Another player with plenty of experience, and 2001-born, is Semyon Chistyakov. After spending last season between the Ufa and Omsk systems, this year, the D-man is a fixture in the Hawks’ lineup and has appeared in 28 games so far, scoring 3 (1+2) points. 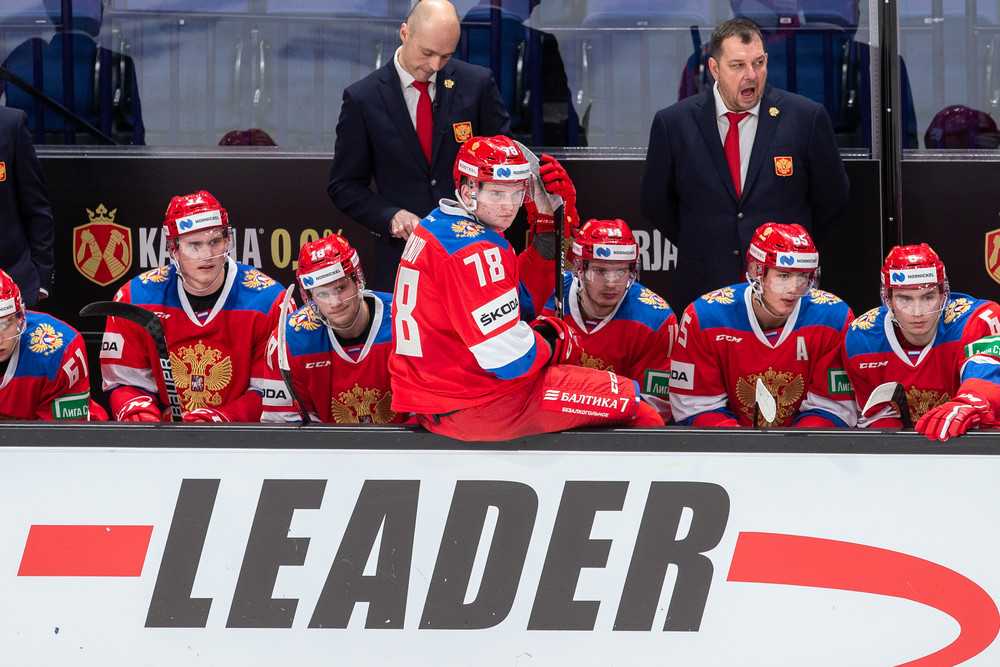 Igor Larionov will coach Team Russia for his debut at the WJC level, and his roster will have strong points — as tradition dictates in the most recent events — on goal and attack. The team’s captain Vasily Podkolzin is at his third WJC. Last year, he wore the “A” and had 5 (1+4) points. He’s not the lone player to have significant experience at the KHL level. Yegor Chinakhov has been a force for Avangard this season, scoring 15 (8+7) points — he’s currently the top scorer among all U20 players in the league. In the third position among forwards — trailing Dinamo Minsk’s Alexei Protas — is Rodion Amirov. The Ufa winger showed excellent skills in Finland and has produced so far 8 (5+3) points for Salavat Yulaev. In 2019, Amirov made the U18 WJC All-Star team after scoring six times in seven games in a silver medal-winning Team Russia. His chemistry with Arseny Gritsyuk may play a huge role for the team led by Larionov. Another player expected to play a significant role for the Russians is Yegor Afanasyev. The productive forward, who returned to Russia after spending the 2019-2020 campaign in North America, played only nine matches in the current season but had six goals and three assists — including two tallies at the KHL level with CSKA. Also Marat Khusnutdinov is expected to make a significant contribution to the Russian attack. The 2002-born player often displayed a high hockey QI and can play a tremendous two-way game. 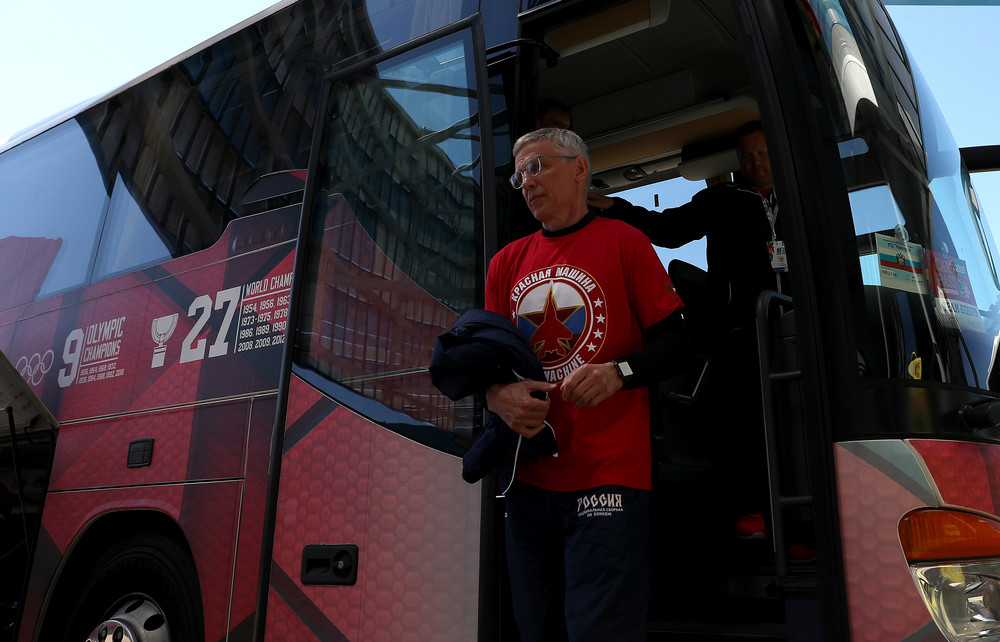 All in all, the Russian will bring a stacked roster to Canada. Igor Larionov may lack experience behind the bench, but he surely knows hockey, and his creative philosophy certainly goes along with the roster.

This year, the round-robin plays between December 25-31, while the playoffs will start on January 2. The grand final is scheduled for January 5.