Man of the Week — Jori Lehtera

KHL.ru’s weekly ’Man of the Week’ series goes on with Jori Lehtera, who is currently the top assist man in the league and is leading Spartak toward playoffs.

It wasn’t the easiest week for Spartak, but the Red-and-Whites managed to get points in two games out of three. After losing to Severstal at home with a 3-4 score, Spartak had two straight OTs, losing to CSKA in the Moscow derby, then defeating Avangard on Sunday. In all games, Jori Lehtera managed to find his way on the scoresheet. In the match against Severstal, Lehtera had an assist when Lukas Radil opened the score after only 30 seconds. However, such a lightning-fast start wasn’t enough for Spartak, which in the end went on the wrong side of the score. Two days later, Spartak was called to a difficult challenge in the Moscow derby against CSKA. In the third period, with Spartak up by one man, Lehtera netted the go-ahead goal with a wrister from the right circle after a swift pass by Sergei Shirokov. However, the Finn’s effort wasn’t enough to secure a win for the Red-and-Whites as CSKA rallied back and won the game in OT.

On Nov. 1, however, Spartak managed to return to victory, downing Avangard 2-1 in OT. After Yegor Chinakhov’s opening score, Lehtera assisted both Spartak’s tallies — including Yakov Rylov’s brilliant game-winner. Lehtera is now having one of the best seasons in his career. The Finn veteran is currently leading the league with 18 assists and is the fourth scorer with 23 points in 18 games. In his best year in the KHL, Lehtera had 48 (17+31) points for Sibir Novosibirsk.

Lehtera was born in Espoo but soon moved to Jokerit, where he paid his dues, spending almost his whole junior career. He had an impressive career at the junior level and was called to represent Finland at the 2006 IIHF WJC, but had to miss the tournament due to an injury. Lehtera had his debut in the Finnish top-flight league in 2006-2007, when he had 12 (6+6) points in 28 games for the Jokers. In 2007, he moved to Tappara, where he will climb the ranks and become one of the league’s top players. After winning a bronze medal with Tappara in 2008, he was then awarded MVP honors after scoring 69 (10+59) points in 57 regular-season games in Tampere. At that moment, it became pretty evident that he outgrew the Finnish league and needed a new challenge.

On May 31, 2010, Lokomotiv announced to have signed Lehtera to a one-year deal. The Finn veteran had an excellent debut season for the Railwaymen, scoring 37 (16+21) points in 53 regular-season games, but had only three helpers in the playoffs, and that’s probably why he wasn’t granted a renew with the Yaroslavl franchise. For 2011-2012, he moved to Sibir Novosibirsk, and the music changed. Forming a formidable trio with Vladimir Tarasenko and Jonas Enlund, Lehtera fully adapted to the league and led Sibir even after Tarasenko’s departure to North America. After a 44-point campaign in 2013-2014 — during which he also helped Finland win bronze at the Sochi Olympics — Lehtera left Novosibirsk and signed in the NHL. 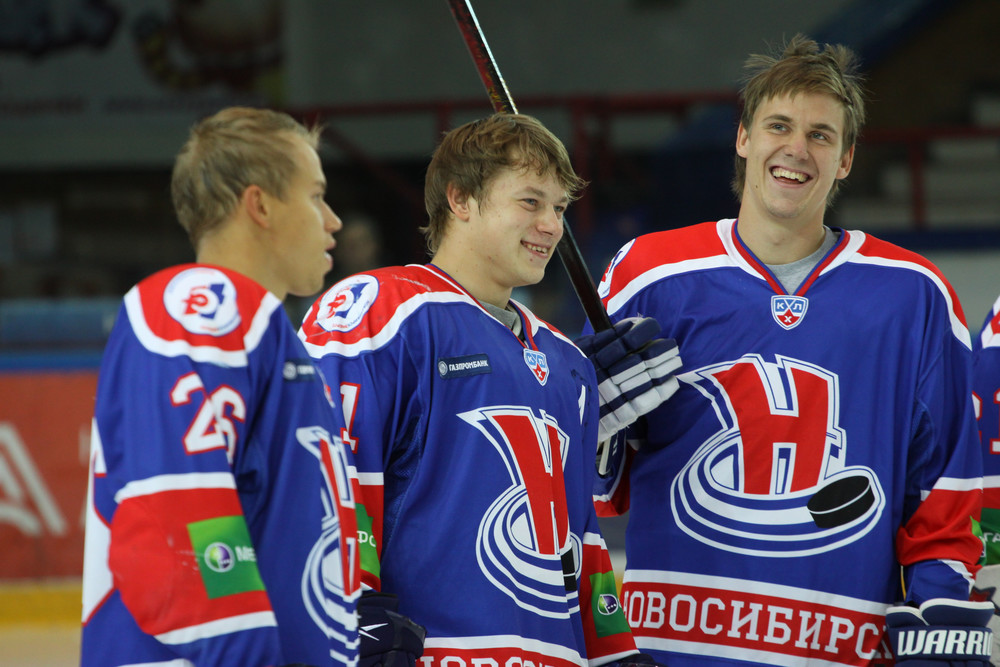 After playing three seasons in Novosibirsk, Lehtera joined his former teammate Vladimir Tarasenko in St. Louis. Technically, it wasn’t his first stint in North America, as he already played seven games with the Peoria Rivermen in 2008. With the Blues, Lehtera will reach the Western Conference finals in 2016 in his second year in the organization. After three years in Missouri, Lethera joined the Philadelphia Flyers, but he failed to have the same impact that he had with the Blues. In his second year with the Flyers, Lehtera was sent down to the AHL. In total, the veteran played 346 games at the NHL level, with 38 goals and 90 assists. While with the Blues, he also represented Finland at the 2016 World Cup of Hockey.

An unrestricted free agent, Lehtera then decided to return to the KHL, signing a one-year deal with SKA St. Petersburg. He had an excellent season on the Neva river’s shores, tallying 15 goals and accumulating 30 points before the season was abruptly ended due to the coronavirus spread. After the season with SKA, Lehtera joined Spartak Moscow on another one-year deal. So far, so good for the Finn, who’s having a career year, posting more than a point per game for the first time since his junior times. With Spartak going on at a good pace, Lehtera may soon have a chance to taste the playoffs action again.