Joni Ortio was awarded Best goalie honors on Week 7 and is recently showing excellent goalkeeping in the Kazakh capital. In this interview with KHL.ru, the Finnish netminder talked about his move to the league, his time with Vityaz, and his recent performance with Barys.

Joni Ortio comes from a hockey family, but his father wasn’t a goalie but a defenseman. “I was always intrigued by a goalie’s equipment,” Ortio replied when asked why he didn’t follow his father’s footsteps. “When I was a kid, my father and I often went to watch games, and I always watched at goalies, more precisely at their equipment. It was a blast for me. I think I was put on skates when I was just two; I always watched my father playing, and, as a result, I fell in love with hockey. My father never forced me. I also played football and tennis, but hockey always was number one for me.” 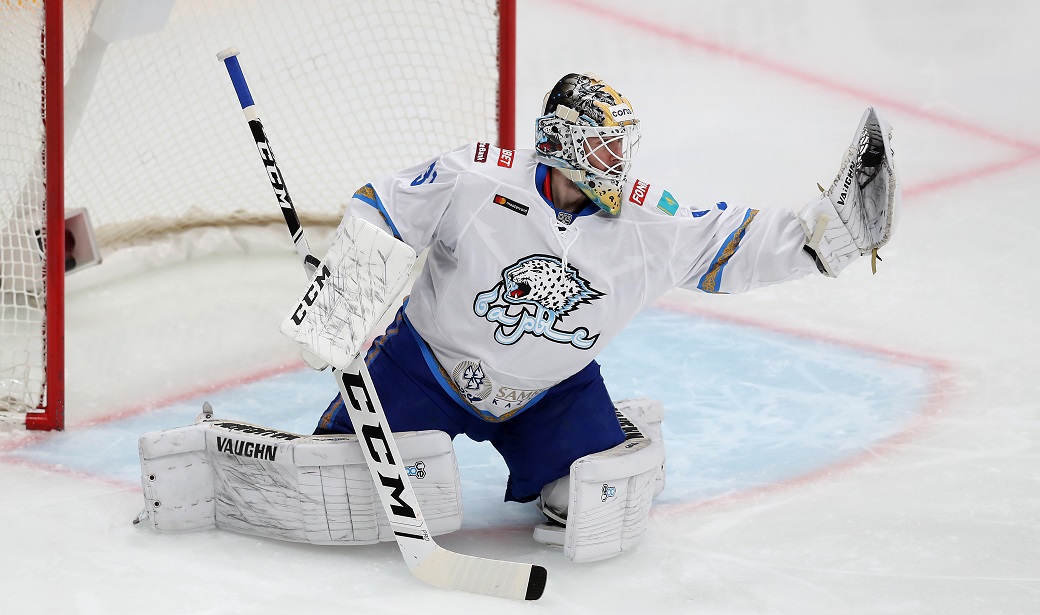 It isn’t the first season for Ortio in the KHL, as he already played in the league in the 2018-2019 season, when he was a starter between Vityaz’s piping. “The biggest difference is that with Barys, we don’t have a limit on import players, and there are way more international players, and we can communicate. Moreover, Nur-Sultan is way bigger than Podolsk. However, I liked it in Vityaz, and I like it now with Barys.”

This helped the Finnish goalie adapting faster in Kazakhstan. “In Nur-Sultan, I’m with more players I can communicate with. The city is very big and beautiful, the arena is at a very high level. However, I’m grateful to Vityaz for the year I spent with them; everything was cool, and I’m glad to have had a chance to play for such a team.”

Ortio first signed in Russia in 2018, after spending his career between Finland, North America, and Sweden. “Earlier, I didn’t see myself in the KHL. I had prejudices about Russia, stereotypes. But everything disappeared after I signed my contract with Vityaz. Signing in the KHL was one of the best decisions in my life. The KHL is an excellent league, with many high-level players; it’s exciting to play here.” 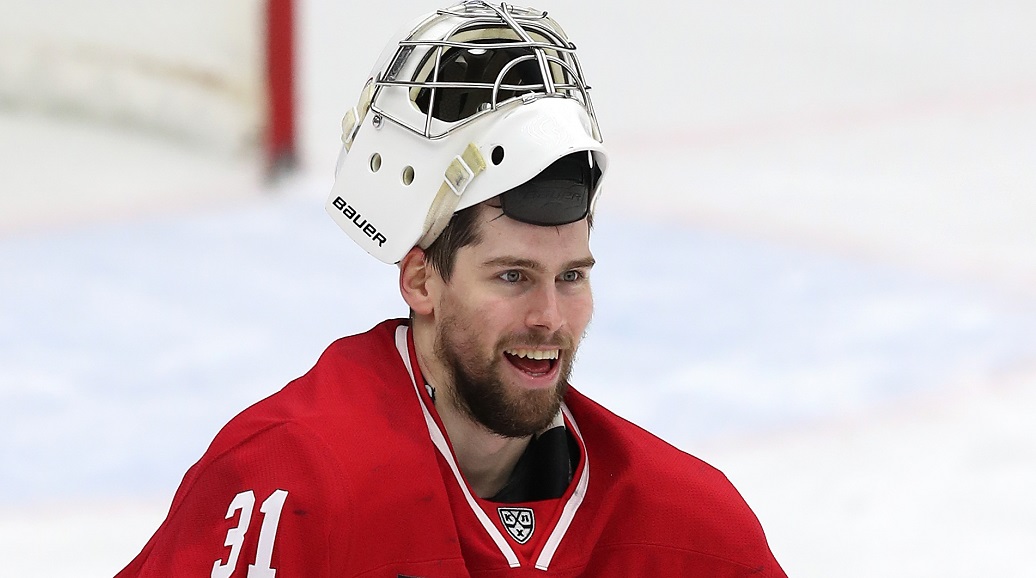 Ortio also said that he didn’t seek an offer from Jokerit. “I think that, once you decided to play in the KHL, it’s best to play in a team not from Finland. You have a chance to get to know better Russia or Kazakhstan, have new experiences, new impressions, and new interests.”

After playing in the Moscow Region, Ortio spent a season in Switzerland, then signed back in the KHL, joining Barys. “I knew that Barys is an excellent team and had strong performances in the latest two seasons. When I was with Vityaz, I played in Nur-Sultan and talked with the players playing there for a few seasons. Everyone is happy here. Thus, I didn’t have to think long once I was approached with a contract offer,” Ortio explained. “I never heard anyone talking bad things about Barys. Therefore it was an easy decision.”

Recently, the Kazakh franchise had a challenging road trip with games in Ufa, Moscow, and Kazan, when Barys won all three in OT. Ortio played all the games without a pause. “If you play well and get to win all the games, you’re almost not feeling any tiredness,” Ortio said. “I think our best performance was against Salavat Yulaev. Ufa has such a great team. We were down by two goals, but we managed to rally back, and it was in an away game. I think that win gave us a good pace and energy to win the rest of the games.” 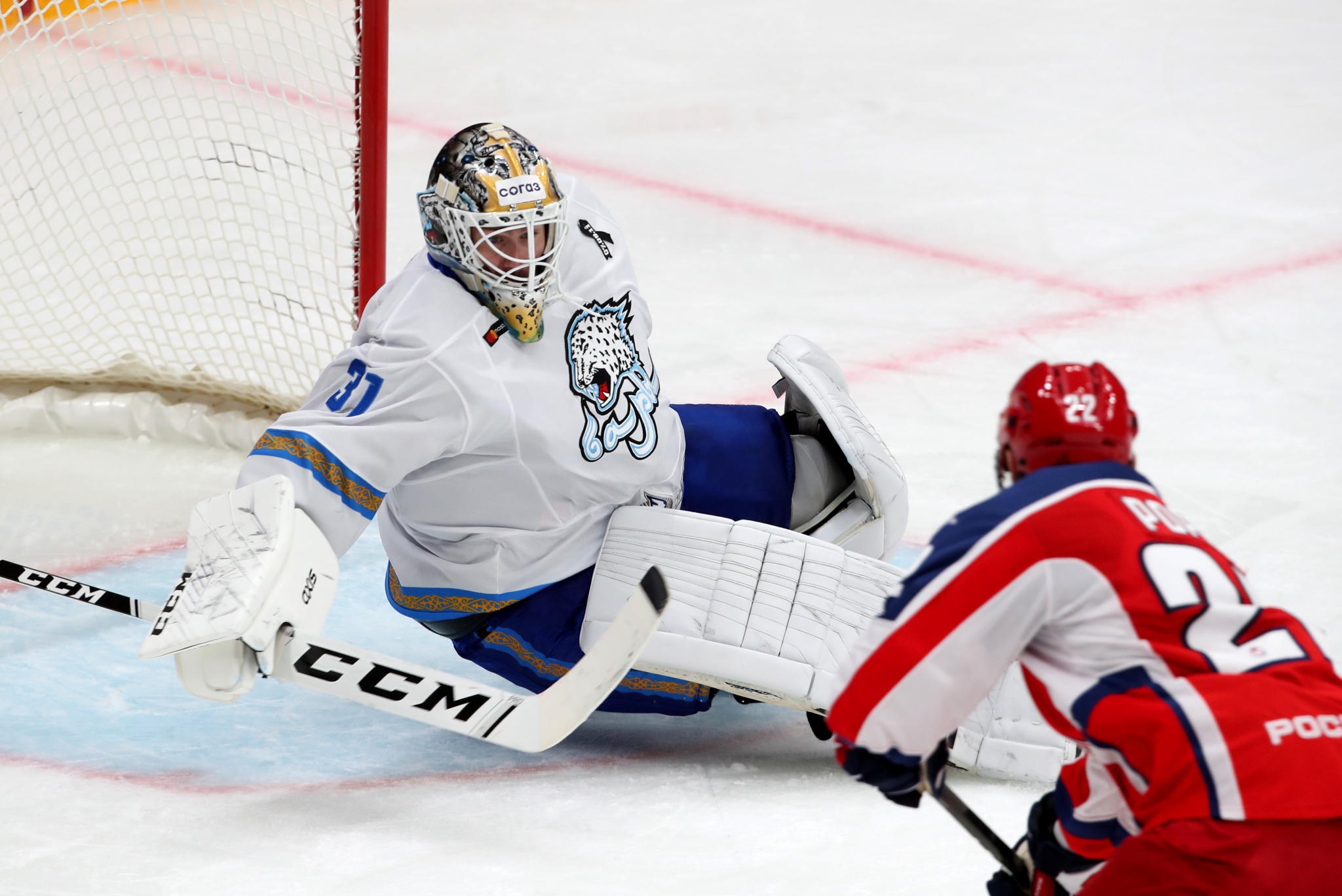 Usually, it is said that a good goalie is half of a team. However, when a netminder plays as Ortio did in that series, the percentage may rise to 75%. “A team’s game is not percentages and numbers,” Ortio explains. “Naturally, any side needs strong performance between the pipes, but a goalie without his team is nothing. Each player has his role, and a team can win only if all the parts of the mechanism work harmonically toward the goal.”

However, on Oct. 21, Barys suffered from a crushing defeat against Jokerit. Up by four goals in the third period, the Finn side rallied up and won 5-4 in OT. “That’s the KHL,” Ortio replied. “It’s a league with excellent teams and each game is a tough one. We need to learn from our mistakes. Naturally, we studied them and came to conclusions. We need to remember that lesson so that it won’t happen anymore.”

Ortio, who named Matt Frattin and Jesse Blacker as the players with whom he talks more in the locker room, has a formidable rival on goal in Henrik Karlsson, who also has a Kazakh passport. “We have great ties,” he said. “We talk a mix of English and Swedish languages. We are both veterans, but we can still learn from one another. I think that it’s always important that goalies have good ties as it helps to motivate further.”

The Finnish goalie is also known for another thing — he’s very similar to football superstar Gareth Bale. “I love football, and I’m a Manchester United fan,” he explains. “Even here in Kazakhstan, sometimes people think I’m Gareth. They ask if I’m Bale or not, and ask for an autograph. Unfortunately, I often have to disappoint people,” he adds with a laugh.