Vasily Podkolzin is the new guest of the column “Playing at home.” The forward told KHL.ru about his idols, his decision to stay in Russia, and his role within the team.

Vasily Podkolzin is one of the best forwards in his generation. He won the Youth Olympic Games, captained the U18 Russian national team, and had his debut at the World Juniors at 17. His decision to stay in Russia and not go to the Canadian junior leagues had a good resonance in the hockey world. Podkolzin moved to SKA in 2018, and since this season, he’s a full-time player in the KHL. Today, Vasily is the starring of the “Playing at home” column, and he talked about his idols, the systematic comparisons with other stars, his new role in the team, and his main life choices.

About the new season and his new role

SKA fans already noticed it; I’m playing much more now. To some extent, I feel like my hands were untied. I started playing simpler and with more confidence. So I had more scoring chances and started scoring points. Twenty minutes against Amur is my record so far in the KHL regular season, and that’s great. It’s great that my coaches are giving me more chances. And the more you play, the more you want to play. I’m happy to play both penalty-killing and powerplay stints. This means that the coaches trust to play me in the games’ critical moments.

In the game against Sibir, I managed to steal a puck and run away with Andrei Kuzmenko. We weren’t playing well, and we were down after the first period. But when Andrei scored, that goal turned the course of the game. I know that Pavel Datsyuk loves stealing the puck in the neutral zone, but I don’t feel like I played it in Datsyuk’s style. That game in Novosibirsk was one of the best for me this season, but I can do better. It’s good that this year I managed to score pretty fast, unlike last year, when I couldn’t tally a goal for several months. It was like a huge weight was lifted off my shoulders. 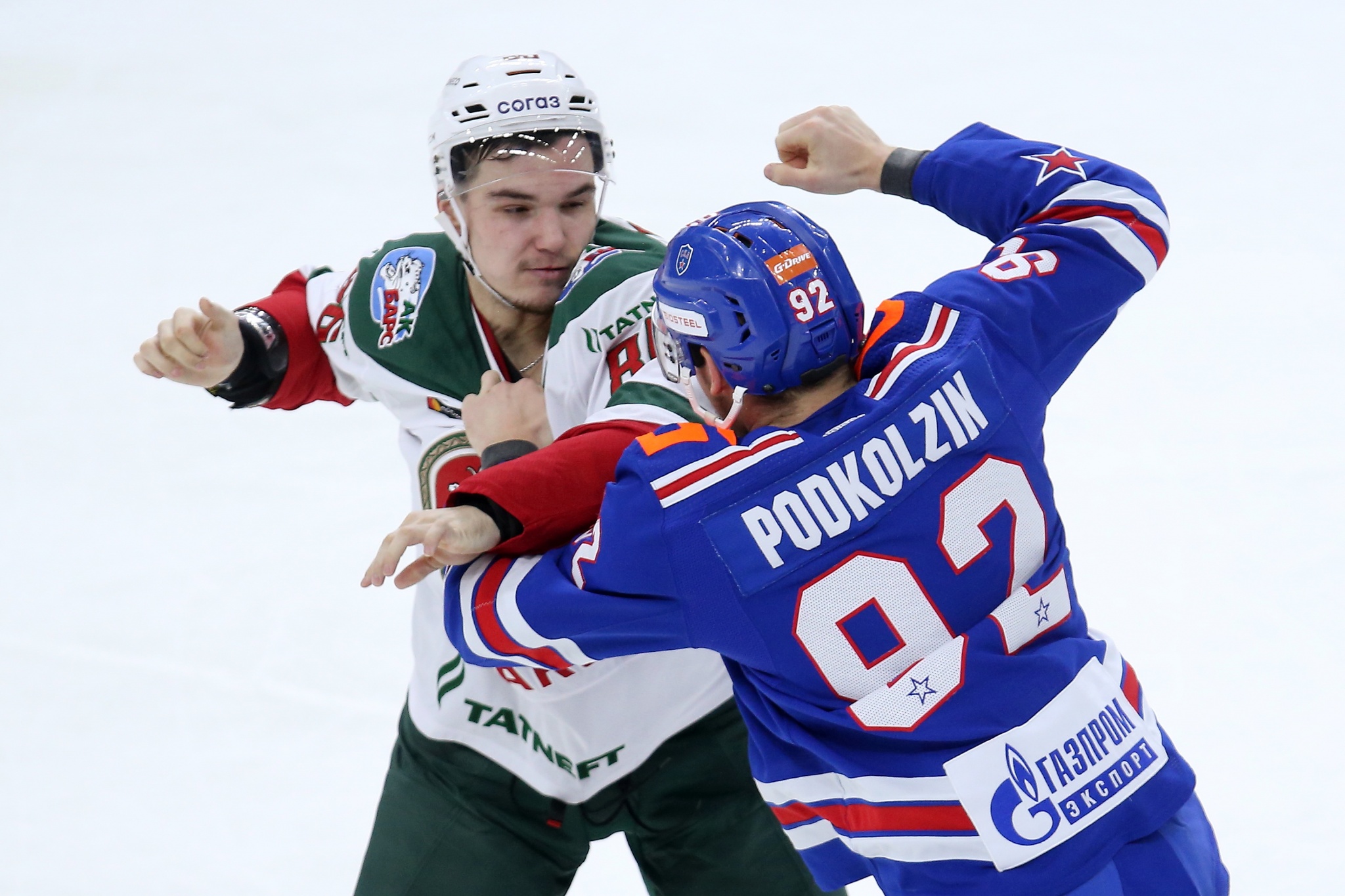 About his debut in the KHL

I remember my debut in the KHL, and the guys who are debuting with the senior team now are great. They look more adult and professional if compared to my first game with SKA. They use their time better than I did when I was called up to the senior team for the first time. My debut on a line with Nikita Gusev and Datsyuk is one of the most important things in my life. It would be huge if I only sit in their same locker room, and I even played with them.

Playing 20 minutes a night in the KHL is easier than joggling around in different teams and leagues as I did a few years ago. Now I can enjoy more stability. At least, for now. I miss a bit playing with Kirill Marchenko and Ivan Morozov; we found good chemistry together. We have our way of playing. But not being always together is part of the game. Nobody promised us that we would play our whole career within the same trio. But it would be great if we had a chance to play together again.

About comparisons, interviews, and being a star

I am pleased to hear people comparing me to Connor McDavid, even if, of course, I am very far from being even close to his level. Or when our trio is compared to Krutov, Larionov, and Makarov. This means that people believe in us. It’s of great inspiration. However, the time for these things has passed. Now, it’s time to work hard. I don’t have any problem with interviews and communication; it’s part of the profession of being a hockey player. At the World Junior Championship in Vancouver, we were explained that we play for the fans and that they expect our comments. I try to keep this in mind.

I still have a lot of work in front of me as I need to develop all my skills further. This summer, at the SKA camp, I worked on both my skating and my technique. I wouldn’t say that it was a surprise for me: I know that I need to work on these aspects. Luckily, in St. Petersburg, there’s all you need for that. Naturally, it’s harder to score goals playing all alone. Sometimes the ice opens up in front of yourself, but all the teams know how to defend. It’s hard to keep the puck in the offensive zone. I guess that at this level, I should pass the puck more. 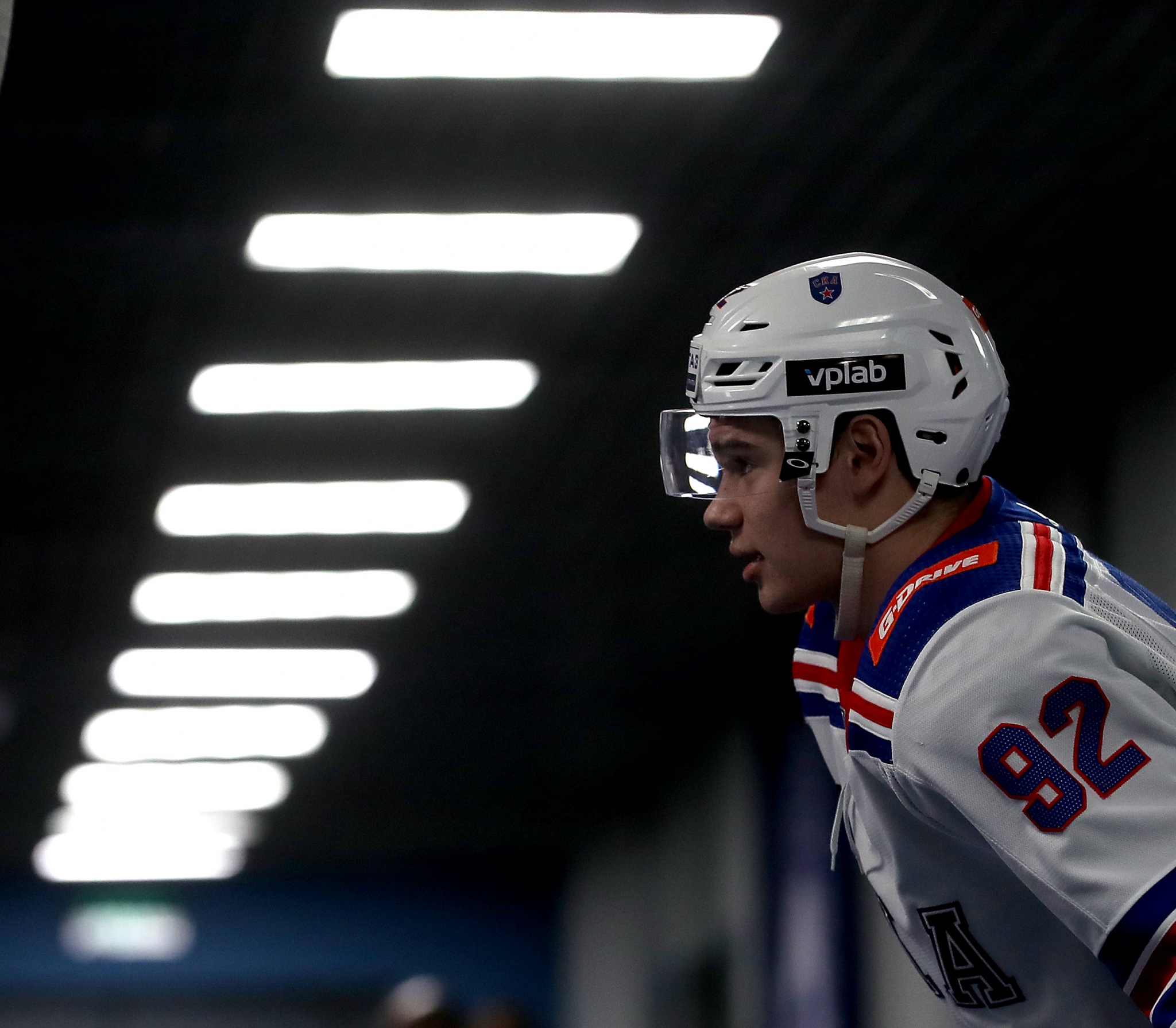 About his idols and favorite players

I would like to mention Andrei Svechnikov among the wingers who play hard at both ends of the ice. He’s a player who scores but also delivers in the defensive zone. I also like Nikita Kucherov; he’s excellent on defense too.

In my childhood, just as most of the guys of my age, my idol was Alex Ovechkin. I remember that in the lockout season, my father and I would see him and Nicklas Backstrom playing for Dynamo. I also always liked Alexey Morozov and Datsyuk. I couldn’t even imagine that I would end up playing with one and the other being the president of the league where I play. It’s always great to watch Datsyuk, even now that he’s past his 40. You can see how dedicated he is, and that’s a great inspiration.

Ilya Vorobyov, my first coach in the KHL, helped me in calming down. He told me not to get too nervous, that if I’m with the team, it means that I can play. I also had a full camp with the senior team under Alexey Kudashov. He helped me in growing and learning many tactical things. I work with Valery Bragin for three years. I know him, and he knows me. The situation when our head coach changed from a game to another gave us even more motivation. Roman Rotenberg took responsibility in such a difficult moment, and it was so precious. He tuned us up and gave good motivational speeches. 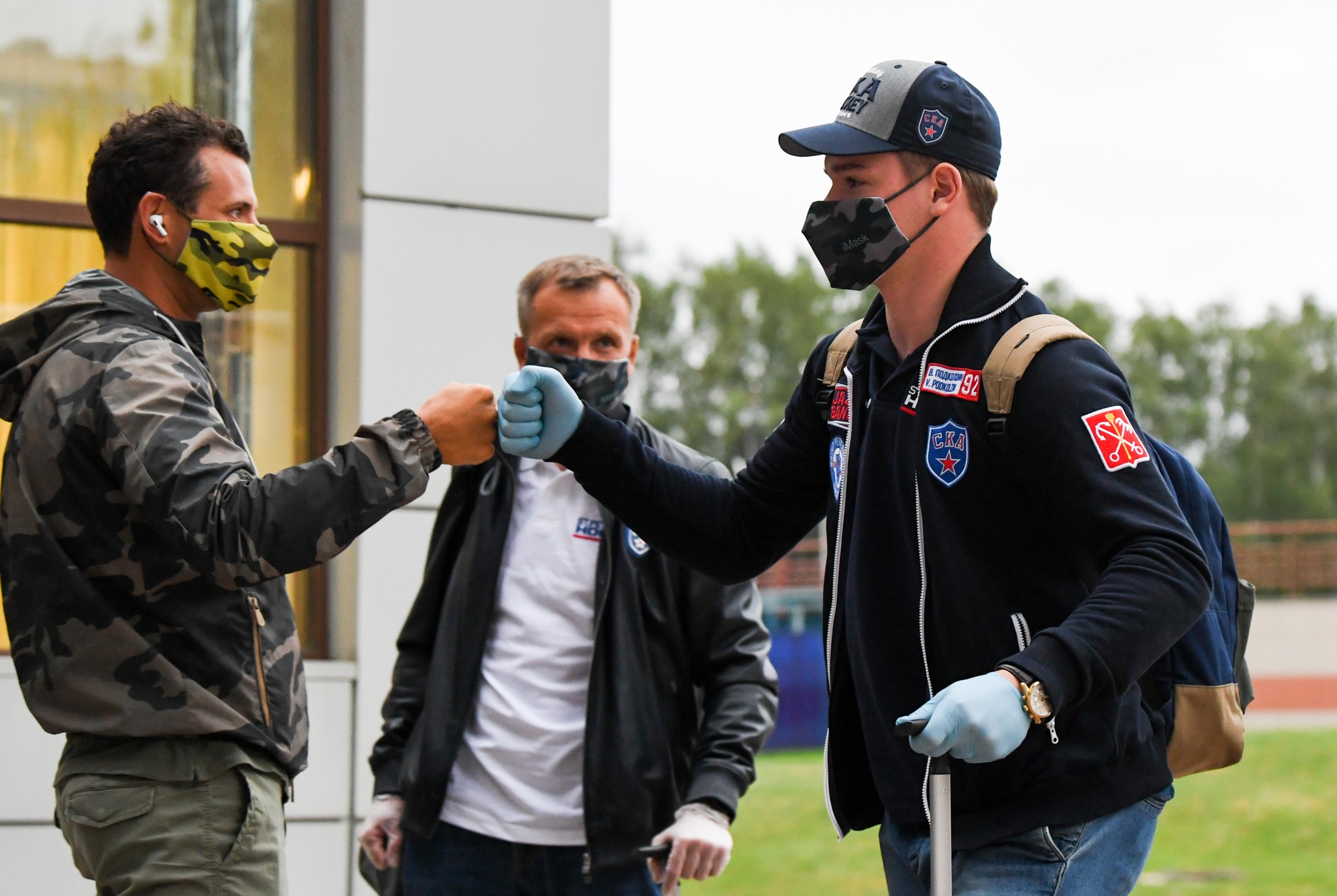 About why he decided to stay in St. Petersburg

I don’t regret having decided to stay at home to play. I was picked in the CHL draft, but I didn’t intend to move there. Some of my teammates on the national team play junior hockey in Canada, but it’s their path. They are happy to play and live in another culture, but I feel at home in Russia. I can easily talk with the coaches in my mother language. I see how hockey develops around me and how I develop myself.

I am already out of my comfort zone as I started living alone when I was 13. Then I also moved from Podolsk to St. Petersburg. For me moving to a big city was a huge change. I went to St. Petersburg, I had a look at the city and the conditions there, and I liked everything. I could also move to Lokomotiv since my childhood coach works there, but I picked SKA. I fell in love with the city in the two years I spent here. Wherever your eyes fall, you can find beautiful places.