Man of the Week — Edward Pasquale

KHL.ru’s weekly ’Man of the Week’ series goes on with Edward Pasquale, who was just named goalie of the week after returning from his injury.

Usually, a player returning to play from an injury needs a few games to get back on his top form. Conditioning stints happened to even the best players. But this wasn’t the case for Ed Pasquale. The Lokomotiv goalie, who moved this summer from Barys, just won his fourth straight game in the new season. After missing the first month of the regular season, the Canadian goalie defeated Vityaz, Spartak, Dynamo Moscow, and Jokerit, posting a saves percentage of 95% and a goals-against average of 1.23. Thanks to his efforts, he was also named the best goalie of the sixth week. Pasquale joined the Railwaymen this summer, together with the bench boss Andrei Skabelka. The Belarussian specialist led Barys last year, and the Kazakh side’s starting goalie was Ed Pasquale, who posted excellent numbers in the regular season and was outstanding between the piping in the cut-short 2020 playoffs. To defend the crease in his new team, Skabelka picked the Canadian 30-years-old goalie, and it looks like the move is paying off in Yaroslavl.

Pasquale was born in 1990 in Toronto, Ontario, where he started playing hockey. “Usually you don’t choose to play in goal,” Pasquale told sports.kz last year. “The role gets to you. I wasn’t the best skater in my childhood; thus, the coach wanted me to try. I played well in my first game, and here we are.” Just like most of his peers, he then started stopping pucks in the Ontario Hockey League, first with the Belleville Bulls, then for the Saginaw Spirit. Among the others, in the OHL, Pasquale played with former NHL goaltender Kevin Lalande and current Torpedo’s forward Jordan Szwarz. With the Spirit, he reached three times the postseason and made the OHL All-Star Game in 2009.

In the 2009 NHL Entry Draft, Pasquale was a fourth-round pick by the Atlanta Thrashers, hearing his surname as the 117th overall choice. Following his junior career, the Toronto native was then assigned to the Chicago Wolves of the AHL, where he started his pro career. In the 2011-2012 season, he was then named to the AHL All-rookie team. After playing out his entry-level deal, he was then part of the Montreal Canadiens and the Detroit Red Wings systems, even if injuries forced him to sit for the whole 2014-2015 season. With the Wings’ affiliates in the AHL, the Grand Rapid Griffins, Pasquale won the AHL Calder Cup in 2017. He was then a teammate of Eric Tangradi, with whom he rejoined in Barys in 2019. Two years later, playing for the Syracuse Crunch, the goalie won the Harry Holmes Memorial Award for the lowest goals-against average. That season, he also had his debut in the NHL, playing three games with the Tampa Bay Lightning. However, that would be Pasquale’s last season in North America.

In June 2019, Pasquale decided to sign overseas for the first time in his career and agreed on a one-year deal with Barys. In the Kazakh capital, the goalie had a tremendous debut season, with a 2.03 goals-against average and being awarded goalie of the week honors twice. Moreover, as said, he helped the Kazakh franchise reach the playoffs and defeat Metallurg in the first round with a 4-1 score in the series.

After a successful debut year in Kazakhstan, Pasquale decided to move alongside Skabelka and defenseman Atte Ohtamaa to Yaroslavl, signing a two-year deal with the Russian franchise. “Playing under Skabelka is of great advantage for me,” Pasquale said after joining the Railwaymen in May. “I perfectly know his expectations, and I know what can await me in the 2020-2021 season.” Lokomotiv is currently the fourth seed in the Western Conference, and with Pasquale in such great shape, the season looks very promising for the Yaroslavl franchise. 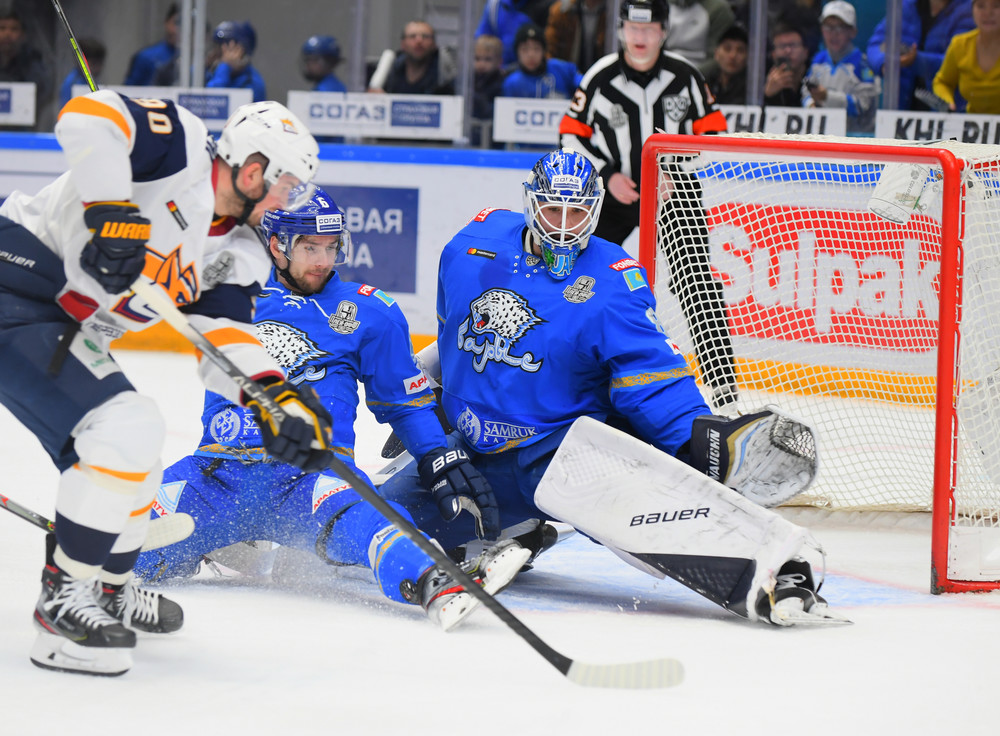