Man of the Week. Miro Aaltonen

It took a bit, but the KHL finally saw its first hat-trick of the season. Its author was Finnish forward Miro Aaltonen, in his second year in St. Petersburg. The 27-years-old was sensational last week, especially on Sunday, when he netted a hat-trick against Neftekhimik in SKA’s 5-2 home win. It was also Aaltonen’s first treble in the league — the prolific scorer never scored three in a game, but had two in five different occasions, most recently on Jan. 2, 2019, when he scored both goals as Vityaz knocked out Ak Bars 2-1.

Miro Aaltonen was born in Joensuu, a town in Eastern Finland with long winters and a solid hockey tradition. However, the city doesn’t have a team in the top league, and Aaltonen in his 16 moved closer to Helsinki and started playing in Espoo. Aaltonen’s talent was evident from his early age, and he had his debut in the Finnish top-flight year at 18. However, before getting his feet wet in pro hockey, Aaltonen had a long career with the different Finnish junior national teams.

Aaltonen wore the Jatkoaika jersey in uncountable junior tournaments, most noticeably in one U18 and two U20 WJCs. Despite his success on the international scene, Aaltonen failed to medal with Finland, with a bronze game loss in 2012 playing on a team with fellow KHLers Markus Granlund and Teemu Pulkkinen. He will keep on playing in Espoo until 2015 when he moved North joining Karpat Oulu.

In Oulu, he was again one of the team’s leaders, but it was clear that it was time to move on. 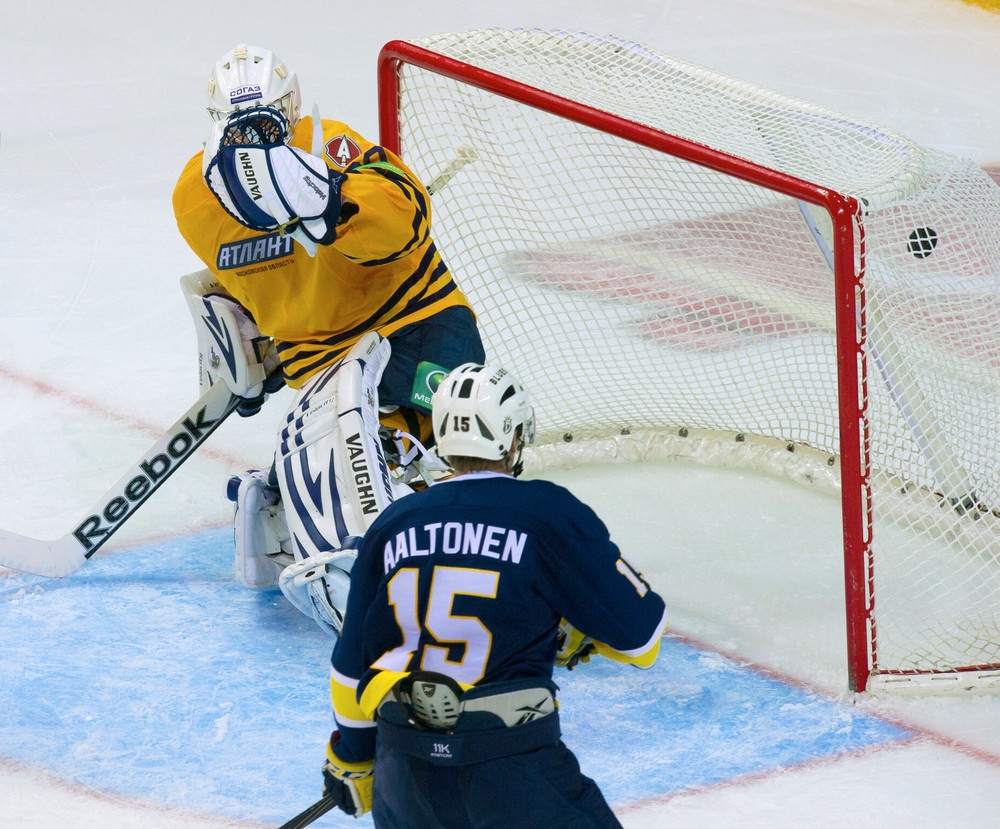 In the 2016 offseason, Aaltonen moved on from Oulu and joined Vityaz of the KHL. “Playing with Vityaz will help me return to the national team,” he told tvpodolsk.ru after signing with the Moscow Region side. And that proved right. After a breakout performance with Vityaz, centering the first line with 44 (19+25) goals in 59 regular-season games, Aaltonen was called to the 2017 IIHF World Championship in France and Germany. 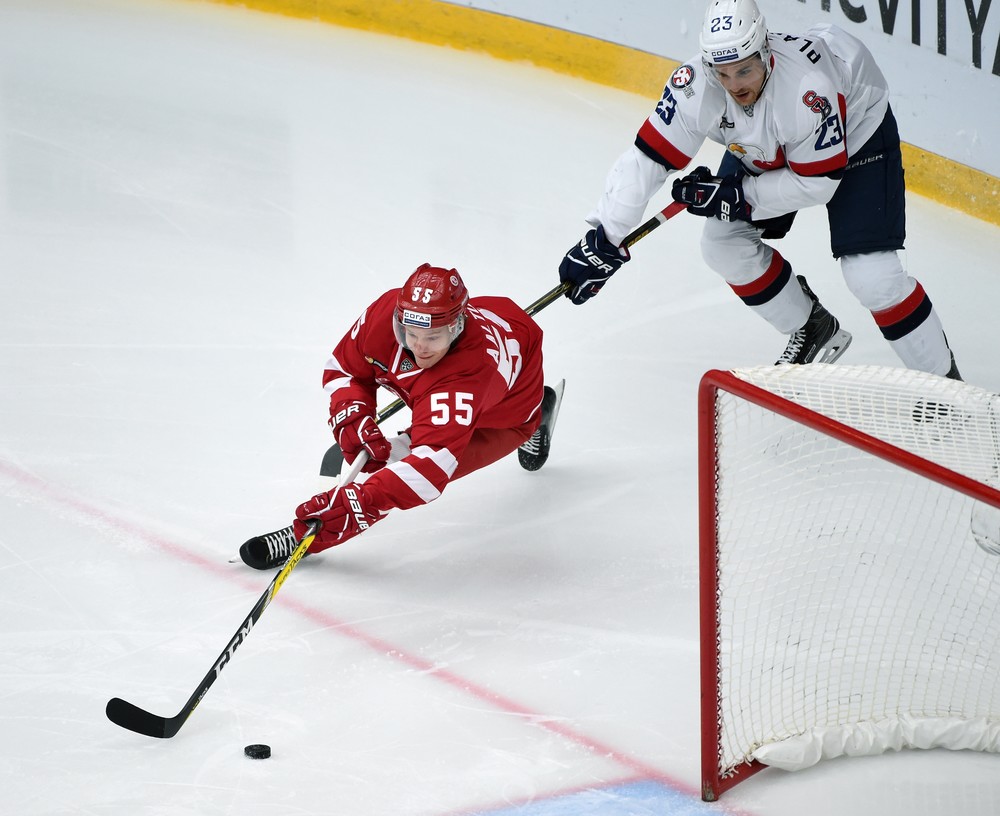 After a strong showing with Vityaz and a trip to the IIHF World Championship, Aaltonen moved to North America, signing with the Toronto Maple Leafs. He spent the whole season in the AHL with the Toronto Marlies, helping them clinch the 2018 Calder Cup. Aaltonen was a key player for the Marlies, but he decided to sign again in the KHL for the next year, rejoining Vityaz.

In his second stint in the KHL, Aaltonen again led Vityaz to the playoffs, topping the team with 42 (19+23) points in the regular season. However, the next year, in Dec. 2019, Aaltonen was traded to SKA in exchange for the rights on Pontus Aberg — who then moved on and signed with Traktor. In St. Petersburg, Aaltonen didn’t start scoring in bunches right away as he did with Vityaz but finished the season with a decent 4 (2+2) points in 11 games. Then, he was left scoreless in the cut-short playoffs.

In the offseason, however, SKA decided to sign him to a new two-year deal. The team’s new bench boss, Valery Bragin, decided to ice Aaltonen in the middle of the second line, with Anton Burdasov and Andrei Kuzmenko. The unit started clicking, and the performance culminated into Aaltonen’s hat-trick of Sunday. If things to on like this, and the Finnish veteran will find his scoring touch, SKA can become an even scarier menace than it was before. The Armymen’s rivals in the Western Conference should keep this in mind. 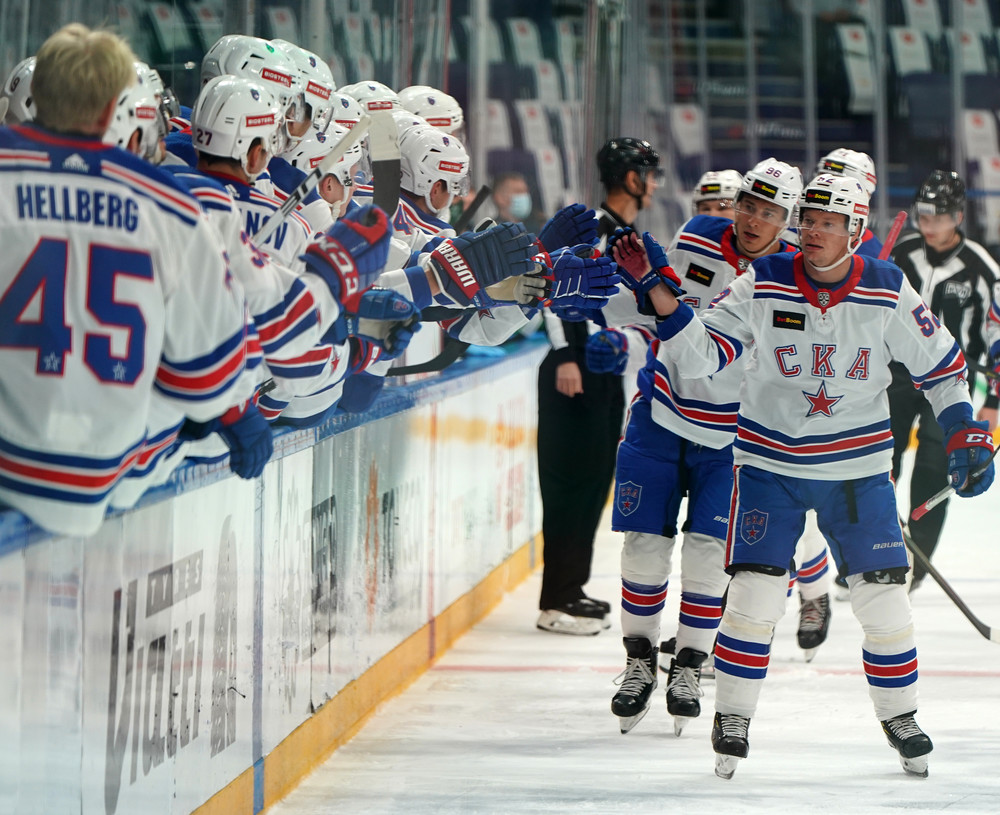