Traktor keeps the lead in KHL Power Rankings after Week 11

Jagr will follow ex-team Avangard in clash against Ak Bars

All change for the Army Men. CSKA season preview

It’s barely a month until the 2020-2021 KHL season is due to get underway. Therefore, it’s time to start looking at how the contenders are shaping up. KHL.ru’s pre-season countdown starts with a visit to the 2019 Gagarin Cup winner, CSKA — still the defending champion after the 2020 playoffs could not be completed.

When the 2020 playoffs were abruptly halted by the pandemic, CSKA looked as well placed as anyone to go all the way. After topping the regular season table, the Army Men breezed through the first round, sweeping Torpedo at a cost of just three goals allowed in four games. As a result, the team was awarded the Russian Championship by the Russian Hockey Federation, some consolation for being unable to continue its defense of the Gagarin Cup it won in 2019. 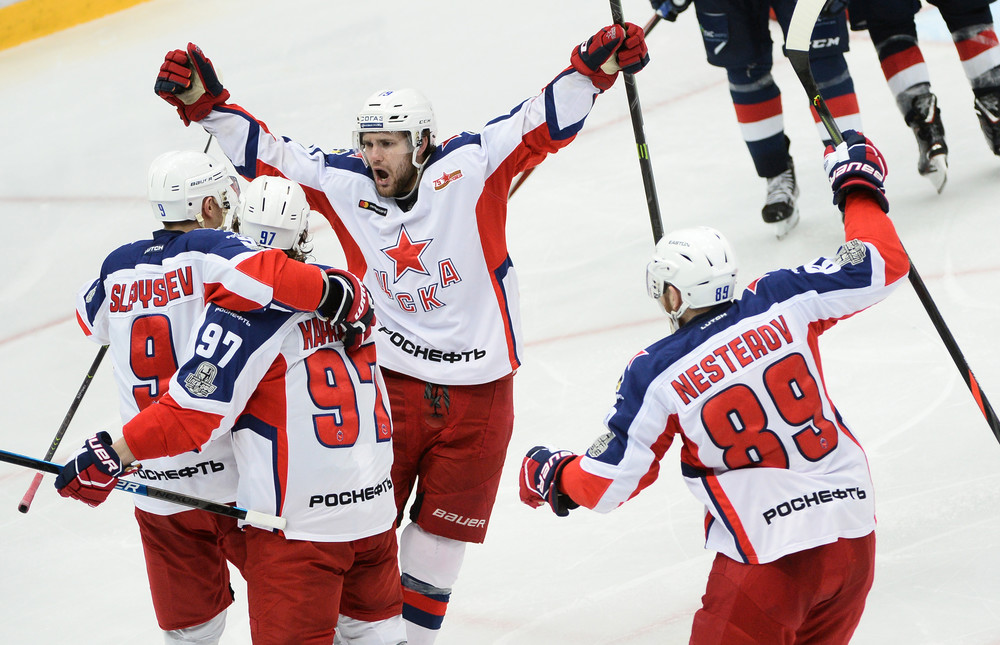 One of the perils of assembling a roster stacked with young Russian talent is that covetous eyes tend to fall on your team. This summer, CSKA lost the services of Ilya Sorokin, Kirill Kaprizov and Alexander Romanov, all bound for the NHL. Mikhail Grigorenko is also heading across the Atlantic, in his case for the second time. Right off the bat, that’s three Olympic champions and one of the most promising young Russian defensemen gone from the 2019 Gagarin Cup winner.

There are other significant departures within the KHL: defenseman Alexei Marchenko is off to Lokomotiv, forward Linden Vey joins SKA, and Avangard acquired Jiri Sekac and Sergei Tolchinsky to bolster its offensive options. Then there’s the Nikita Nesterov saga, with the Olympic champion reportedly seeking a move to the NHL but still potentially in line for a new contract in Moscow if he can’t find a new employer. 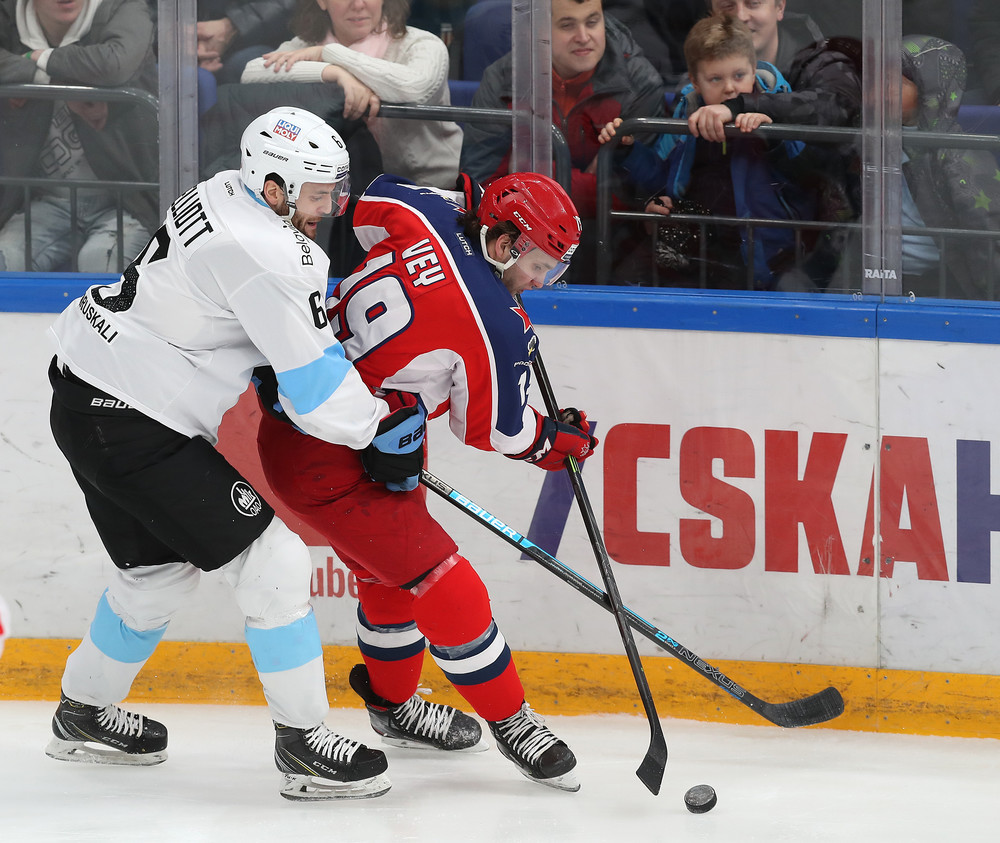 Replacing those big names isn’t easy. Alexander Sharychenkov joins Lars Johansson in the goaltending stable, experienced center Andrei Loktionov arrives from Metallurg as a potential replacement for Linden Vey but the most intriguing acquisition is Dmitry Samorukov. The 21-year-old is back at his first club as he looks to stake a claim for a spot with the Edmonton Oilers. The defenseman left Moscow back in 2016, without getting a game in the KHL, and has subsequently played for the Guelph Storm — winning the OHL title in 2019 — and the Bakersfield Condors, Edmonton’s AHL affiliate. He’s also picked up international hardware at U18 and U20 World Championships.

After that championship season with the Storm, which featured a stellar playoff run of 28 (10+18) points in 24 games — as a blue liner, don’t forget — there was talk of Samorukov moving straight to the NHL. That didn’t quite work out, with the youngster instead playing a limited role for Bakersfield. However, his time in the AHL brought positive reports despite some modest stats: regular observers perceived genuine progress in his game on both sides of the puck and praised his greater work rate, while admitting that his defensive game is still a work in progress. A year-long loan to CSKA could be a great deal for all concerned: the Army Men get a talented young D-man to replace Romanov, Samorukov gets a chance in a high-class league where he can develop faster than in the AHL and, if it all works out, the Oilers have a much-improved player returning to Canada in a year’s time. 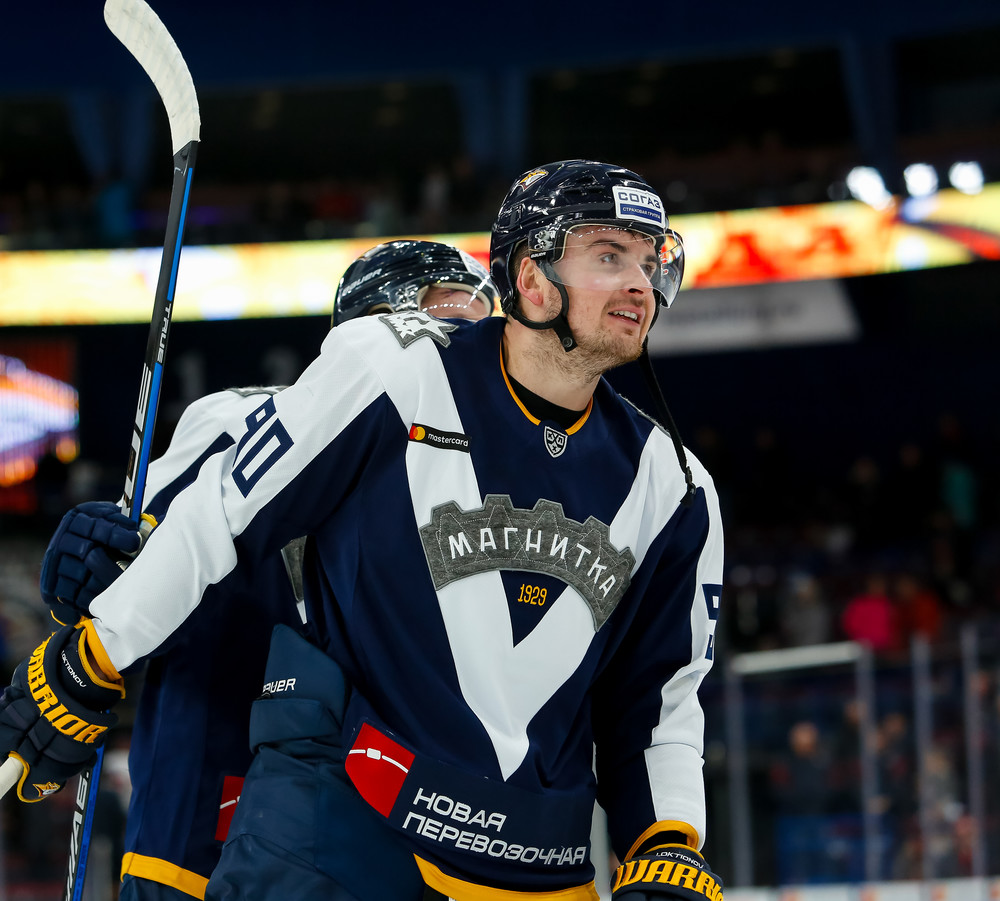 Igor Nikitin ended CSKA’s wait for a Gagarin Cup in 2019 and looked capable of repeating that feat again before the pandemic halted the 2020 playoffs. Everyone knows what to expect from his teams: discipline, impenetrable defense and enough attacking flair to keep pulling out results. Even in the absence of several established stars, CSKA will remain a difficult team to beat; Nikitin has the system too well set to mean personnel changes can change everything. And, like SKA last season, there’s plenty of time over the campaign to get the new faces fully integrated into the game plan and ready to give their best in the playoffs. 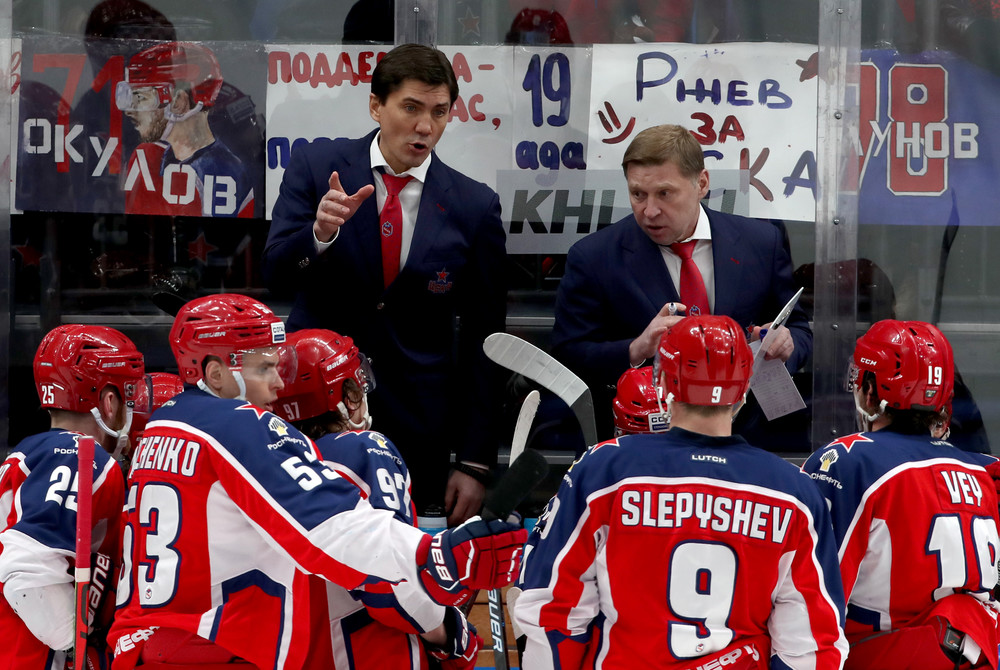 Anton Slepyshev had his best ever KHL season last time out, compiling 45 (18+27) points in regular season and weighing in with 5 (2+3) as CSKA swept Torpedo in the first round of the playoffs. The 26-year-old’s success — he outscored his previous best by fully 20 points — went somewhat unnoticed amid the excitement generated by Kaprizov, Grigorenko et al, but it made him the leading scorer among those players still at the club. In 2020-21, Slepyshev should be well placed for a spot on the first line.

After trying his hand in the NHL with Edmonton during a three-year stint between 2015 and 2018, the former Salavat Yulaev and Metallurg Novokuznetsk man now has a terrific opportunity to build on last season’s results and establish himself as a genuine KHL star. That, in turn, might help him return to competitive international play for the first time since he captained Russia’s juniors to World Championship bronze in 2014. 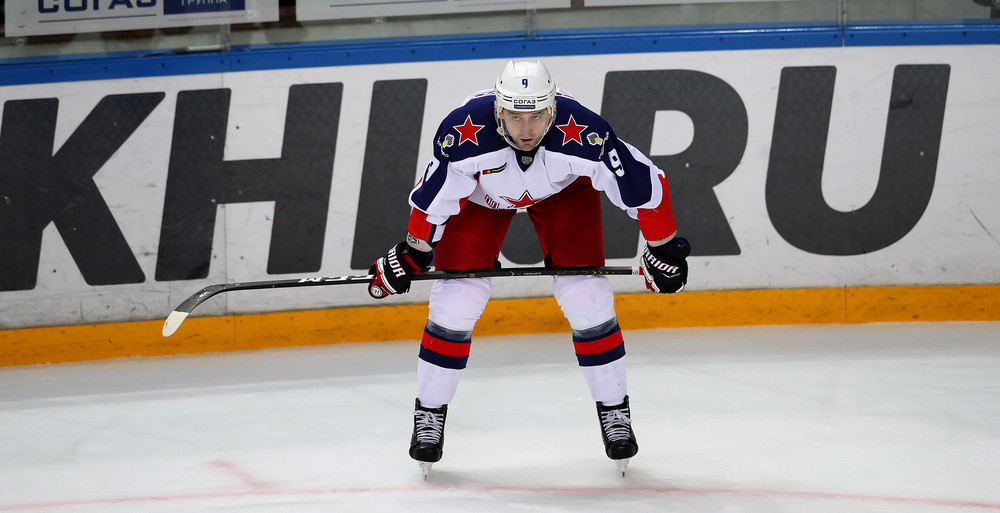 Sky high. CSKA is the last team to hoist the Gagarin Cup and looked every inch the team to beat last season. As such, the club’s management will hardly be satisfied with a year of transition, salary cap or not.

However, the coming season promises to bring some challenges. That hard salary cap has forced CSKA to cut several big names from the roster. The Army Men will have a new-look line-up, and much will depend on how quickly head coach Nikitin can get them to gel. There’s strength enough to ensure this team is very much part of the conversation about who can win it all, but it’s too early to make CSKA an outright favorite for the big prize. 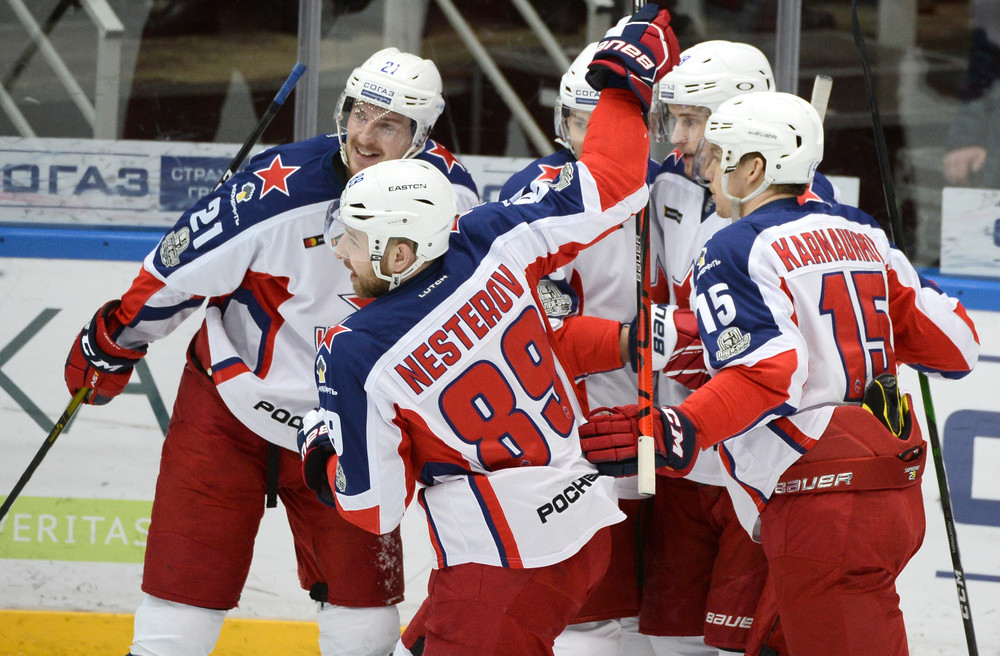