We’ve looked at the top players in the KHL’s history and picked out the brightest imports to grace the first 12 seasons of our league. Now it’s time to look at the masterminds behind the bench and celebrate eight of the most successful coaches to ply their trade in the competition. Today, we’re going on with two coaches who enjoyed success at both domestic and international levels.

Few coaches in the KHL geography will get such unanimity in consideration as one of the best coaches in the league’s history. A Russian hockey legend already as a player, Vyacheslav Bykov returned to Russia in 2004 as he was hired by CSKA as the team’s head coach. In Switzerland, he was one of the best players in the local NLA and a perennial top scorer, taking the league by the storm with his countrymate Andrei Khomutov. Among his uncountable accolades as a player, Bykov won the gold medal at the 1992 Olympic Games and a set of five gold medals at the IIHF World Championship level with both Russia and the Soviet Union.

As a coach, Bykov started making a good impression with CSKA — at times not the powerhouse it is today — and was hired as the Russian national team’s head coach in 2006. He’ll take the bronze medal at his first IIHF WC as Russia’s bench boss, then he’ll lead the Russians at two sensational gold medal straight in Quebec and Switzerland. In 2009, he moved to Salavat Yulaev, starting building a champion of a team. The next season Bykov led the Bashkortostan franchise to its first Gagarin Cup title and became synonymous with Gagarin Cup triumph. After the victory, Bykov and his right-hand man Igor Zakharkin left Salavat Yulaev (and Team Russia) and had a two-year stint with the Polish national team. At those time, SKA was struggling to win a championship even with arguably the league’s most-stacked roster and to win its first Cup, they quickly understood what was to be done: inviting Bykov and Zakharkin. With the coaching tandem on the bench, SKA won its first Gagarin Cup in 2015 over Ak Bars. But the real masterpiece of these playoffs was the Western Conference finals against CSKA. With the Red Army sensationally up 3-0 after the first three contests, Bykov’s squad rallied back and with two straight game-winning goals by Patrick Thoresen gained access to its first Gagarin Cup finals.

After his second triumph, Bykov, who just turned 60, left the KHL. He keeps on collaborating with different teams — most recently with Ak Bars Kazan for its youth academy — but for now, he doesn’t plan a return behind the bench. Every time one of the leading KHL teams fires its coach, Bykov is always mentioned as a potential newcomer, but it looks like his return to Russia will hardly happen. Moreover, his son plays professionally in the top-flight Swiss league, and Bykov, as a happy family man, is now dedicating his time to his relatives. 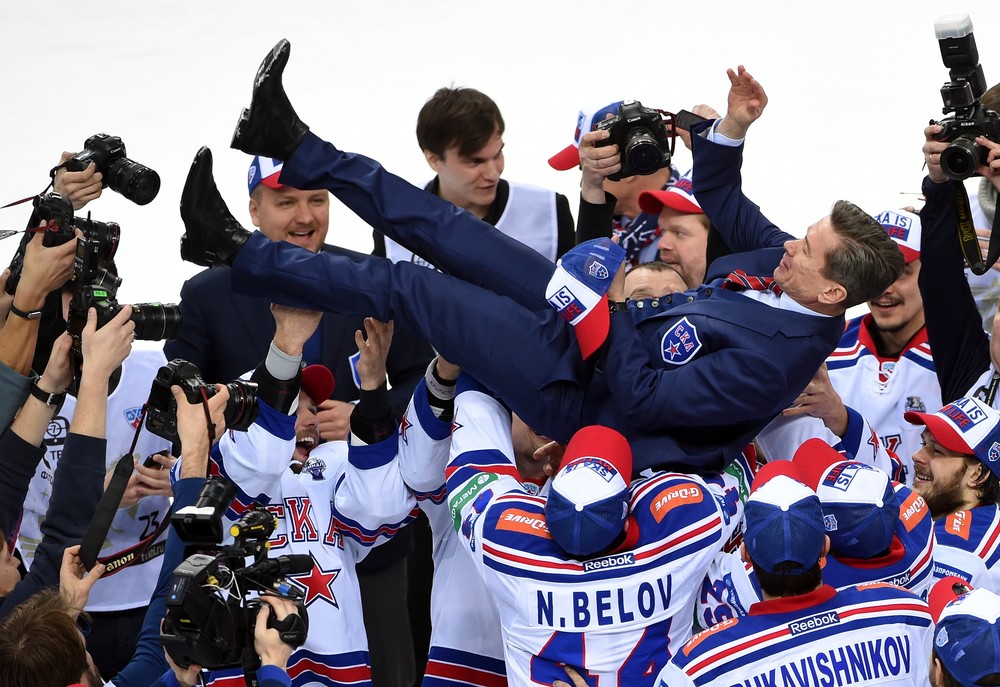 Somewhat similar to Bykov, also Andrei Nazarov enjoyed a certain degree of success in Russia and abroad. Once turned from player to coach, he kept the hot-tempered personality that was one of his distinctive tracts in his hey-days and allowed him to play 12 seasons in the National Hockey League. Nazarov started working as an executive as soon as he retired, leading Traktor Chelyabinsk as a GM in the old Russian Superleague. One year later, in 2007, he became Traktor’s head coach. He coached the Southern Urals franchise in the first two seasons of the KHL, tutoring a certain Evgeny Kuznetsov in his first steps in pro hockey. After four years with Traktor, he then moved West to Chekhov — he looked like the ideal candidate for Vityaz’s tough style of the early KHL seasons.

Nazarov never staid long with his teams. After Vityaz, he worked a year in Severstal, then started a tour that saw him working in Ukraine — where he had perhaps his best season — and Kazakhstan. Between his two stints in the Kazakh capital and the local national team, Nazarov also had a short term with SKA St. Petersburg, but it didn’t work. After failing to qualify for the 2018 Olympics with Kazakhstan, Nazarov moved to Nizhnekamsk, where he worked until December 2018.

The former enforcer never had a real chance to lift the Gagarin Cup, but he’s one of the few coaches who passed the 500-game mark in the league. Nazarov, still young in his 46, is currently a free agent. He represented Neftekhimik at the 2018 All-Star Game in Nur-Sultan, coaching the Team Kharlamov with Maria Bass. 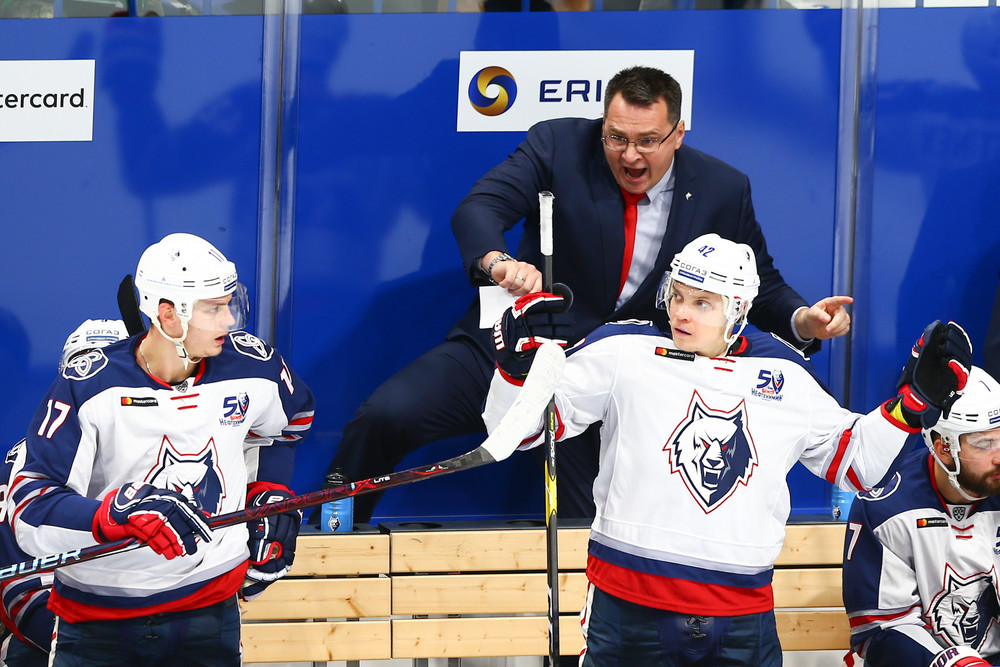