Continuing KHL.ru’s series about the top coaches from the first 12 seasons of the competition, we’re looking beyond Russia’s borders to check out the two most successful foreign coaches in the league’s history.

A Glass of Vodka and a Gagarin Cup — Mike Keenan

Only one foreigner has coached a team to Gagarin Cup glory. Mike Keenan achieved the feat with Metallurg Magnitogorsk in 2014, his first season in the KHL. After seeing off Lev Prague in a thrilling seven-game final, ‘Iron Mike’ added Russia’s top prize to his Stanley Cup triumph of 1994, securing a unique place in hockey history.

Keenan’s success in Russia was a riposte to those who regarded him as something of a dinosaur in the modern game. When he arrived in Magnitogorsk, he hadn’t coached since leaving Calgary in 2009 and was most frequently seen in TV studios. However, he fit in immediately. Perhaps it was the parallel between a blue collar steelworking city in the Southern Urals and Keenan’s own home town of Bowmansville, Ontario, also famed for its iron foundry. Perhaps it was a reflection of Russia’s own tradition of demanding, sometimes dictatorial head coaches, a style that dovetailed perfectly with Keenan’s philosophies. Whatever the reasons, it worked. Powered by the Mozyakin-Kovar-Zaripov line, reinforced with Chris Lee on defense, Magnitka lifted the cup. Keenan, going native, was filmed singing a Russian karaoke classic, ‘A Glass of Vodka on the Table’ by Grigory Leps during the celebrations after defeating Lev.

Keenan’s legacy brought a second cup to the club. Although he left early in the 2015-2016 campaign, his understudy, Ilya Vorobyov, was promoted to the head coach position and duly led the team to glory once again. Metallurg wasn’t the end of Keenan’s story. The veteran coach later had a spell at Kunlun Red Star, where he replaced Vladimir Yurzinov and took charge of the Chinese team for the 2017-2018 campaign. It’s true that results on the ice suffered after Yurzinov’s departure, and Keenan was moved upstairs to a more wide-ranging role within the club after a few months behind the bench. However, he was also instrumental in sourcing Chinese heritage talent for the club — and for Team China’s Olympic preparations. 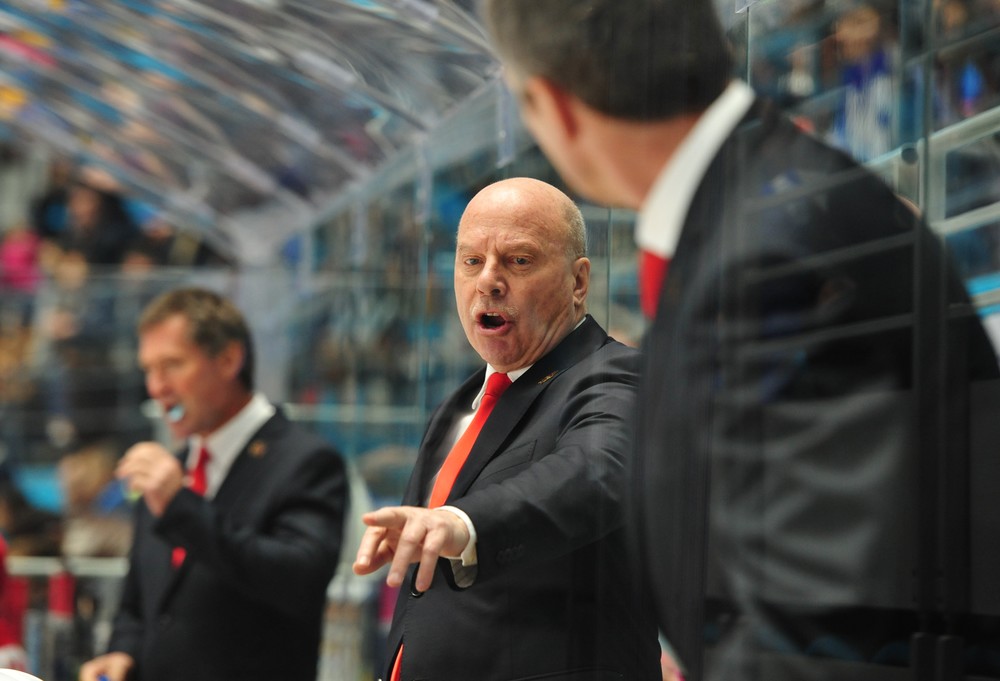 It was never hard to identify a Milos Riha team in action in the KHL. Generally, sometime after the first refereeing call of the night, a booming Czech voice would erupt from the bench with an invitation to consider some of the finer nuances of the incident at hand. Passionate, outspoken and never dull, this Prerov native is currently the winningest foreign coach in KHL history.

He began at Spartak, arriving partway through the last Russian Superleague campaign and remaining to lead the Red-and-Whites into the new KHL era. He completed two seasons in Moscow, reaching the playoffs both times, but was fired early in 2010-2011. That saw him move to Atlant, where he took the team all the way to the Gagarin Cup final before losing to Salavat Yulaev; that silver medal represented his best season in the KHL and earned him the coach of the year title ahead of Gagarin Cup winner Vyacheslav Bykov.

The success alerted SKA St. Petersburg, and Riha was on the move again. That wrecked his reputation with Atlant’s fans as he went from local hero to zero overnight. His team in Petersburg was — by most measures — successful. In his first season, SKA topped the Western Conference and in his second the Army Men were out in front of the competition and enjoying a run of just one loss in seven games when he was abruptly dismissed on Nov. 25, immediately after a 4-3 win over Vityaz. SKA feared that Riha didn’t have what it took to win the Gagarin Cup, but ended up waiting until 2015 to get the long-awaited trophy.

By then, Riha had finished a short spell at Avangard and was back at Pardubice. His KHL swansong came with Slovan Bratislava, where he had twice won the Slovak championship in the past. In 2018 he became head coach of the Czech national team. 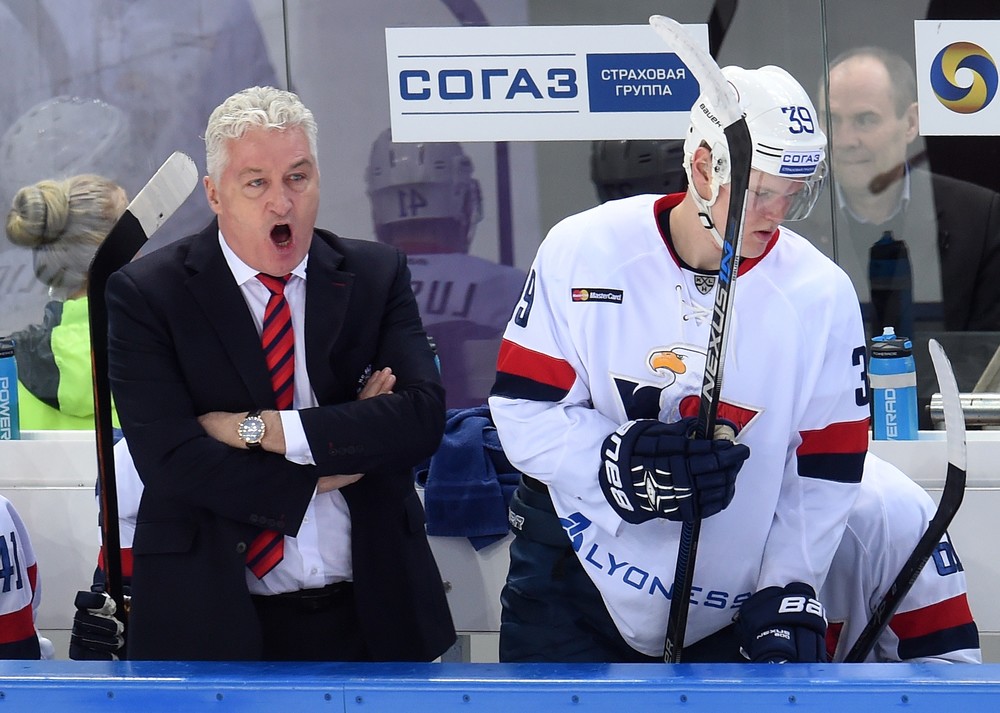