We’ve looked at the top players in the KHL’s history and picked out the brightest imports to grace the first 12 seasons of our league. Now it’s time to look at the masterminds behind the bench and celebrate eight of the most successful coaches to ply their trade in the competition. And we’re starting with two men who began their top-level club coaching careers after the KHL was founded.

Oleg Znarok is arguably the defining coach of the KHL era. His achievements for club and country stack up alongside other greats such as Vyacheslav Bykov and Zinetula Bilyaletdinov — but unlike those two, Znarok, now 57, established himself as a top-class coach after the league was formed in 2008.

He first came to prominence when he took an unheralded MVD to the 2010 Gagarin Cup Final and was one win away from denying Bilyaletdinov’s Ak Bars a second successive title before falling in game seven. MVD merged with Dynamo Moscow, Znarok moved to the capital and promptly emulated Bill’s achievement, winning back-to-back titles in 2012 and 2013. His success was all the more striking since it was achieved with relatively few star names and owed much to a well-drilled team designed to get the best out of the available players. For those who bought into the system, Znarok proved an inspirational leader; for those intimidated by a gruff, demanding personality, a swift exit usually followed.

The following season saw Znarok replace Bilyaletdinov as Russia’s head coach and he duly won the World Championship in Minsk in emphatic style, putting a smile back on the face of the national team after the disappointment of the Sochi Olympics. Here was proof that he could get the best out of superstars as well as fashion a team from less celebrated players. For a time, Znarok focussed solely on international hockey, but the lure of day-to-day work with a team brought him back to the KHL in 2016-17 as head coach of SKA. Immediately he took the Petersburg team to the Gagarin Cup — his third time as league champion. He followed Bykov to become the second man to coach two clubs to the big prize and is the first to reach the Grand Final with three different organizations. In total, he has more than 600 games behind the bench in the KHL, and more than 300 wins.

Next came Olympic glory in PyeongChang and, after a year’s sabbatical, Znarok returned to hockey as head coach of Spartak for the 2019-20 season. His first campaign with the club saw signs of the traditional hardworking Znarok hockey philosophy shaping the team. He was halted by Dynamo in the final game before the lockdown but, after a season assessing the Red-and-Whites’ needs and shaping the roster to his liking, few would bet against Znarok taking Spartak deep into post season next time around. 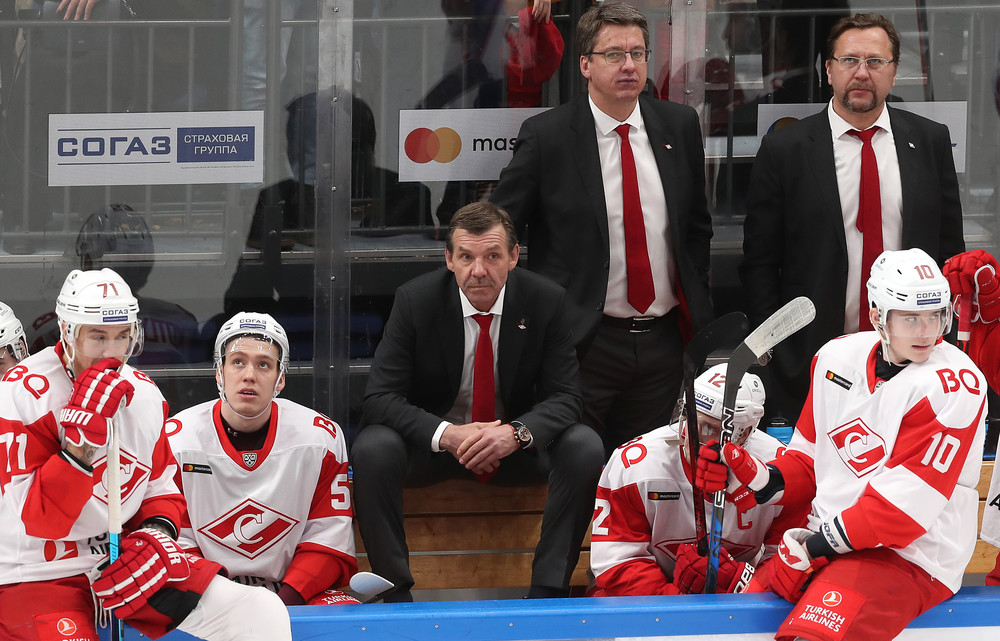 Like Znarok, Dmitry Kvartalnov began his coaching career in the KHL. Unlike Znarok, he’s still waiting to get his hands on the Gagarin Cup. To date, CSKA’s defeat to Metallurg in the 2016 Gagarin Cup final is the closest this 54-year-old has come to winning the big prize, although he had the Army Men on top of the regular season table for three consecutive seasons during his spell in Moscow. But the current Ak Bars head coach, a veteran of more than 600 games and 300+ wins, has made a greater mark due to his work with young talent.

Indeed, that’s the reputation that has persuaded one of Kazan’s most promising youngsters to come back home. Alexander Khovanov progressed through the club’s youth system but opted to move to North America as a 17-year-old. With Kvartalnov behind the bench at Ak Bars, he’s come back. “I heard a lot about how Dmitry Kvartalnov works with his players, how he develops them,” said the 20-year-old forward. “We talked, and I trust him. When I went across the Atlantic, the club’s relationship with its youth players was very different: I just didn’t see a chance to step up. But now, everything has changed.”

Kvartalnov’s reputation dates back to the start of his KHL coaching career in Cherepovets. Kvartalnov took over at Severstal in October 2009 and remained with the club until 2012. In that time, he nurtured the likes of Bogdan Kiselevich and Vadim Shipachyov, Vasily Koshechkin and Maxim Chudinov, all of whom went on to win top honors for club and country. It was a similar story at Sibir, where Konstantin Okulov, Stepan Sannikov and Sergei Shumakov all blossomed under Kvartalnov’s watch. In three seasons at CSKA, Kvartalnov produced a team that came close to winning the Gagarin Cup before a move to Lokomotiv and more time polishing that reputation as a great developer of young talent. Last season saw him at Ak Bars, where he finished on top of the Eastern Conference and looked well placed for a long run in the playoffs before the season came to a halt. 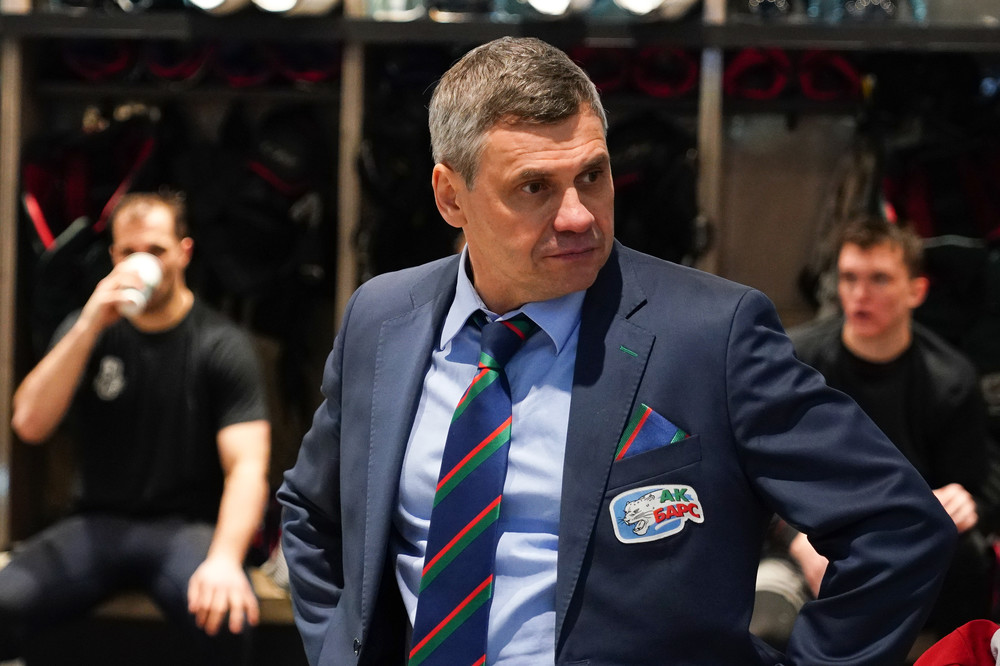