Earlier in this series, we looked at the imports who enjoyed the most productive KHL seasons compared with their compatriots. Today the talk is about Germany, Denmark, and France. Many players proved that you don’t have to come from Russia, North America, or a Nordic country to be a high-level player. Moreover, many of these talents keep on delivering today.

In the 12 years of KHL’s existence, not so many German players lined up for the league’s teams. Dimitrij Kotschnew was one of the first ones, signing with Spartak for the KHL’s inaugural season. He was good for Spartak, but the best was yet to come as in 2010-2011, as Lokomotiv’s starter, he posted 24 wins and three shutouts in a high-level regular season. However, he only played one year for the Railwaymen. In the next season, Kotschnew moved to Atlant, where he didn’t manage to defeat Konstantin Barulin’s competition. After four years in the KHL, Kotschnew moved back to Germany, where he retired in 2016. Another player representing Germany on the international stage, Dimitri Patzold, played one game with Vityaz in 2008. Differently from Kotschnew, he is still active. 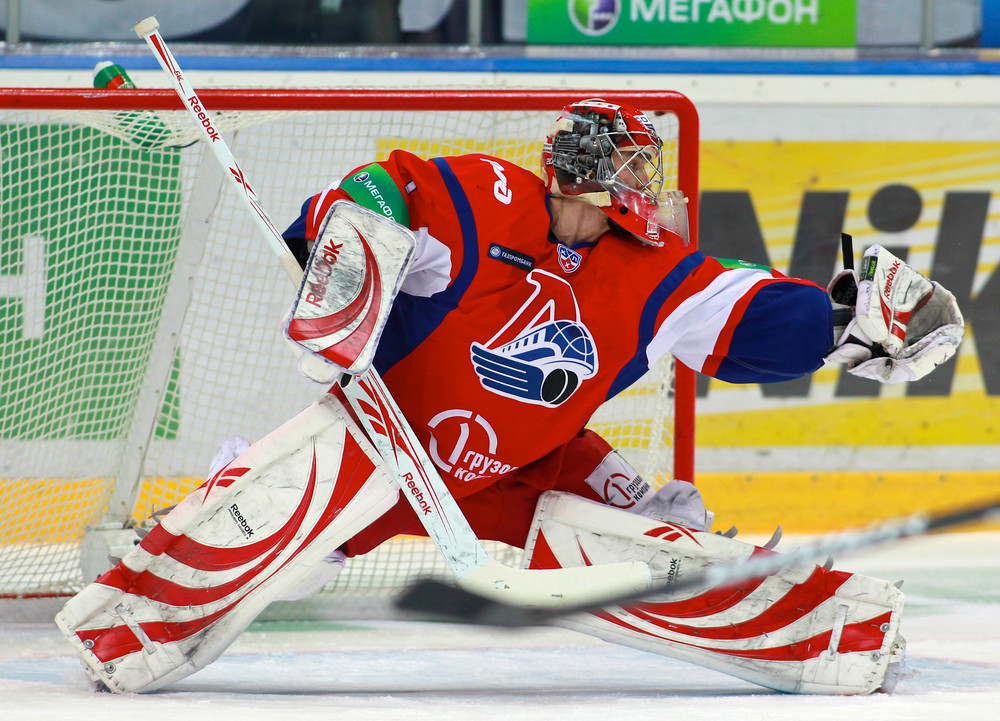 Among the countries featured in this article, only Denmark sent valuable talent to the league — Frenchman Yohann Auvitu only played 25 games with HC Sochi in 2018-2019. The best is, naturally, Philip Larsen. The veteran offensive defenseman is now a force for Salavat Yulaev on the blueline, but earlier lined up for Yugra and Jokerit. The Jokers always have an excellent eye for the Danish market, but could count on Larsen for only one season. However, it’s with Salavat Yulaev that Larsen became a real KHL star. He currently leads all Danish players by games and trails only Regin in all the major statistics. However, considering that he’s set to continue wearing the Green Jersey for the next year, he has a great chance to overcome the former Jokerit’s captain.

Jesper Jensen had a decent showing with Jokerit, patrolling the blueline with high efficiency and providing excellent defensive coverage. However, He only played four seasons in Helsinki before moving to Sweden, where he will play next year. However, the native of Rodovre may still return to the league later; considering that he’s barely 28, he’s still got plenty of gas in his tank, and maybe he’ll suit up for a second stint in the KHL.

The imposing blueliner Oliver Lauridsen posted an impressive +23 rating back in 2018-2019 with Jokerit. However, in 2019-2020 the Danish giant failed to be so efficient and skated with the Jokers in only 23 regular-season games. Next year, Lauridsen will join Jensen in Sweden.

At this point, we would most likely have a chance to write about another high-level German defenseman. Unfortunately, among those who tragically passed away on September 7, 2011, there was also Robert Dietrich, a member of the German national team who signed with Lokomotiv for the ill-fated 2011-2012 season. 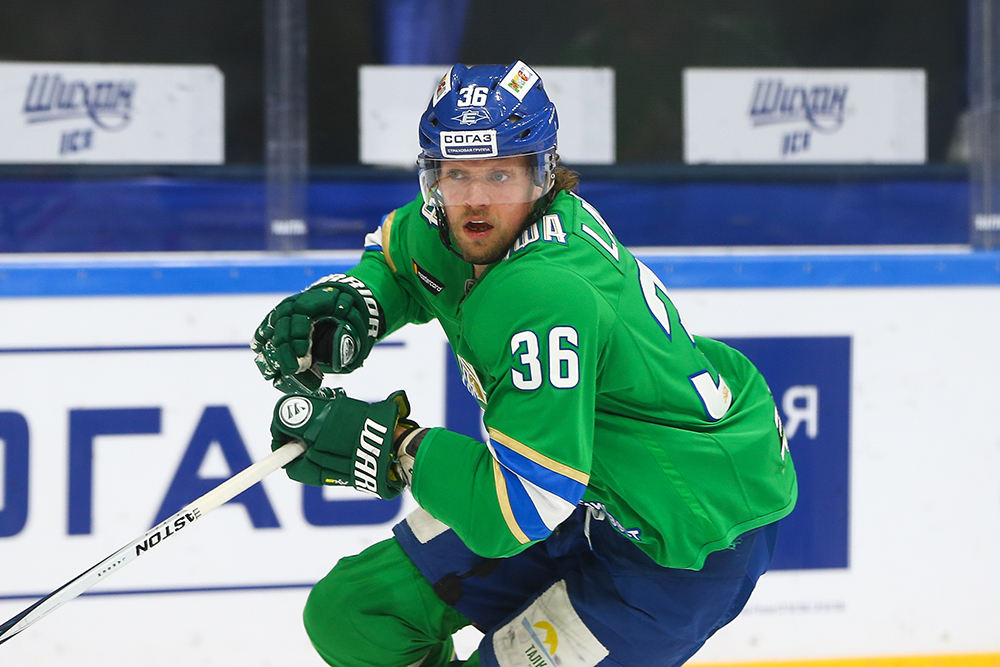 One of the most talented international players in the KHL, Stephane Da Costa was excellent throughout his career in the league. He had his best years with CSKA but then continued delivering even if injuries tried their best to mess with his plans. After spending a year in Switzerland, Da Costa returned to the KHL, signing with Avtomobilist. He had mixed results for the Motormen, especially in the playoffs. Last year, he had another solid season, this time with Lokomotiv, then signed with Ak Bars. He’s expected to be one of the most dangerous offensive weapons on Dmitry Kvartalnov’s arsenal for next year.

It has already been highlighted that Jokerit has a good feeling with Danish players. Further confirmation is the fact that the Herning native captained the Jokers for four years. Despite his veteran status, last year Peter Regin was incredible for Jokerit, scoring 40 (16+24) points in the regular season and adding another four in six postseason contests. Unfortunately, it looks like the Dane left the KHL for good, but is currently a free agent.

In the first seasons of the KHL, Russian-born Eduard Lewandowski was among the most interesting players to follow. Lewandowski had his best years with Spartak when he scored 28 and 27 points in his first two seasons. After playing in Moscow, he started a tour of Russia, that saw him moving to Nizhnekamsk, Mytischi, then again Moscow and Nizhnekamsk with a final stint on the Urals with Avtomobilist. After lining up for the Motormen in 2014-2015, Lewandowski returned to Germany, where he is still playing and scoring in bunches in defiance of his almost 40 years of age. 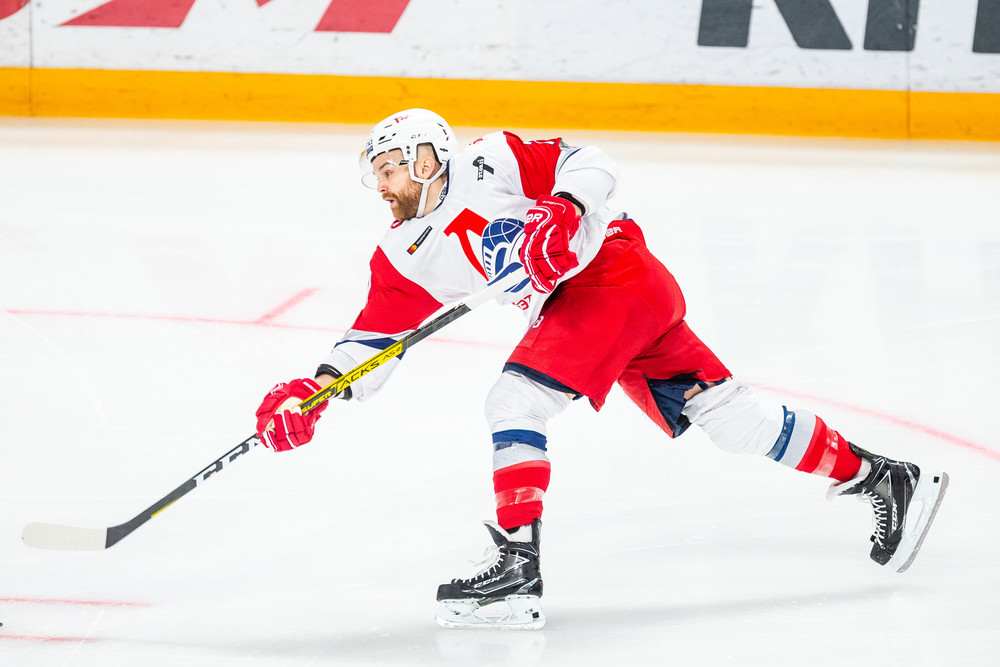 Currently one of the most dangerous scorers in the KHL, Niklas Jensen first came to the league in 2017 after several seasons in North America. Since he joined the Jokers, he has caused havoc among the opposition goalies. Last year, Jensen lightened the lamp 15 times, but in a mere 27 games as his season was cut short by an injury. Moreover, the 27-years-old had a few streaks in the past seasons when he seemed able to score on will. The flashy Danish scorer will line up for the Jokers in the upcoming 2020-2021 season and will have a fantastic chance to climb up in these rankings.

Winnipeg native Brooks Macek only played one season in the KHL but already shown his worth. Lining up for Avtomobilist, the German international had an impressive debut season for the Motormen. Macek, who helped Team Germany winning silver at the 2018 Olympics, had a tremendous start of his KHL career and managed to keep the pace pretty much for the whole season. Considering that he just signed a two-year renewal in Yekaterinburg, Macek — like Jensen — will most likely climb up the rankings in a significative fashion.

Another solid player coming from Denmark who had an impact on the KHL was Patrick Bjorkstrand — and he didn’t play for Jokerit! Bjorkstrand played three seasons with Medvescak Zagreb before the team left the league in 2016. He didn’t score as much as Regin or Jensen — he came to the league very young in 2013 — yet he managed to reach the 50-point mark before securing a contract in North America in 2016. Bjorkstrand is set to play in Austria for 2020-2021. In Admiral’s first year in the league, the first-line center was Felix Schutz. The native of Erding, who also represented Germany in the silver-medallist team of 2018, played three seasons in the KHL, but he actually had an impact in the first one, when he scored 38 (16+22) points. After playing in Germany and Sweden, Schutz is currently a free agent. 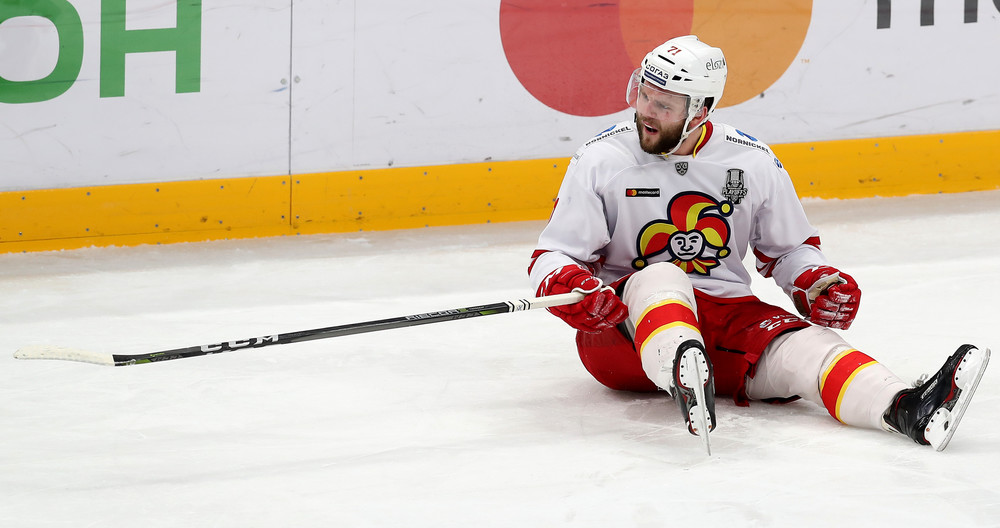